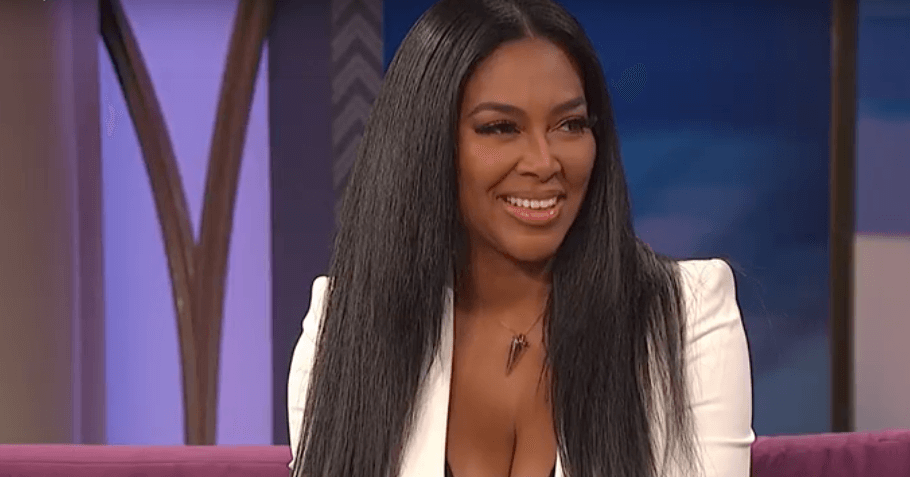 Kenya Moore appeared on The Wendy Williams Show on Tuesday where she was put in the hot seat about her failed relationship with ex Marc Daly.

The 48-year-old Real Housewives of Atlanta star talked in circles while alluding that her ex, Marc Daly, was interested in a reconciliation but Wendy Williams called the reality diva out on her double talk. The pair, who tied the knot in 2017 and welcomed their daughter last year, announced their separation in September.

Kenya Moore also dished on her feud with NeNe Leakes. She claims the OG Housewife tried to spit on her during a heated spat.

Kenya Moore wasted no time slamming NeNe, “No one cares about her,” Kenya Moore fired back. “But that’s my friend,” Wendy Williams explained.

“I see something in her maybe other people don’t see in her,” Wendy Williams added, defending NeNe, “She’s experienced tremendous growth.”

“I like people who are genuine and I think through the years, I felt like I was a friend once we got over our little hump and that turned into something different,” she explained. “When I had a high risk pregnancy … she never once called me, when I did show up, she never checked on my child. She never asked, ‘Is everything okay?’ when she learned I wasn’t going to be on the show. She never said, ‘You okay girl, you need anything?’ And when she did see me 8 months pregnant, she called me a monster, she said my child was a buffalo and she was hurling insults.”

Press play to watch the entire interview below.