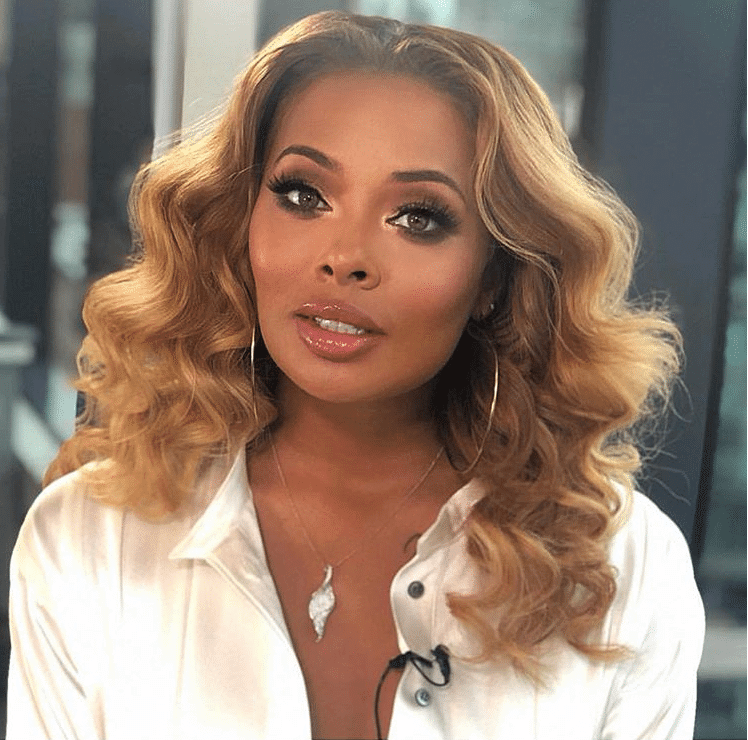 The wait is finally over — The Real Housewives of Atlanta season 12 premieres tonight and Eva Marcille says viewers are in for some serious DRAMA.

“There’s a lot more that you haven’t seen,” Eva Marcille told TooFab after being asked about the explosive trailer for the upcoming season. “It doesn’t even touch the tip of the iceberg.”

Eva Marcille tells the outlet that a “crazy” newbie, who’s a friend of one  of the Housewives stirs up the drama. Eva’s seen in the trailer calling this guest “crazy” in the trailer, but she would not reveal the name of the woman she was speaking about.

This troublemaker “kicks up so much dust this season. Oh, my God! It is absolutely amazing how much drama she creates. I knew from the start when I first met her that she was crazy. And she displays her craziness for everyone to confirm.”

“There’s definitely a snake in the group, and a lot of this season you see us trying to figure out who the snake is,” she explained. “And it’s like so unassuming and kind of catches you off guard. Literally no one expected it. At some point, you’ll find out who it is, but you couldn’t guess it. They just created so much discord between the girls, and different relationships and friendships were severely fractured from this snake.”

“We spend the better part of the season trying to figure out and realize who the snake really was,” she added. “And it’s a snake, so unless the grass is cut low, the snakes won’t show. You don’t know who it is because there’s so many people involved. Oh, my gosh. It’s crazy.”

Many fans have speculated the “snake” is likely Yovanna Momplaisir.

“I wouldn’t say I had reservations, but I was warned about what to expect, and I was pleasantly surprised, I must say,” she revealed. “I don’t know if it’s because she’s a mom or what it is. I mean, don’t get me wrong, we didn’t always see eye-to-eye, and that you will see during the show. We definitely had our share of disagreements and not being on the same page. However, overall as a person — I can’t say the same for absolutely everybody; there are some people where I’m like ‘ugh’ — but when it comes to her, I like Kenya. She’s a good egg. She’s a nice woman. She’s definitely genuine. However you like to slice it, whether you like it or not, is what you’re gonna get.”

And while you may catch a glimpse of Eva having a spat with Kenya during the trailer, Marcille said she “went at it with just about everybody!”

“I was pregnant this season, so I was sober and I couldn’t have a cocktail,” she explained. “And these women, as much fun as they are, they are absolutely annoying. And so I found myself laughing and yelling all in the same day.”

As fans know, Eva Marcille and her ex-boyfriend Kevin McCall went through a messy public breakup. Earlier this year, Eva opened up about Kevin being physically abusive to her while she was pregnant. “[The abuse] didn’t start for me until I was pregnant with Marley. And then about a month after having Marley, it didn’t stop; it got worse,” Eva Marcille explained. “And it got worse with her.”

She also expressed that she feels unsafe, “I have had to move five times, and I still feel a sense of uneasiness. He’s just so petty sometimes. I’ve walked outside of my balcony before and he’s been standing in the dark. And it is the scariest feeling ever.”

As reported, season 12 of The Real Housewives of Atlanta will be full-blown messy with drama spread among all the characters. From Kenya Moore’s failing relationship, to drama between NeNe Leakes, Kenya Moore and Cynthia Bailey.

The Real Housewives of Atlanta airs Sunday nights on Bravo, at 8:00 pm ET.