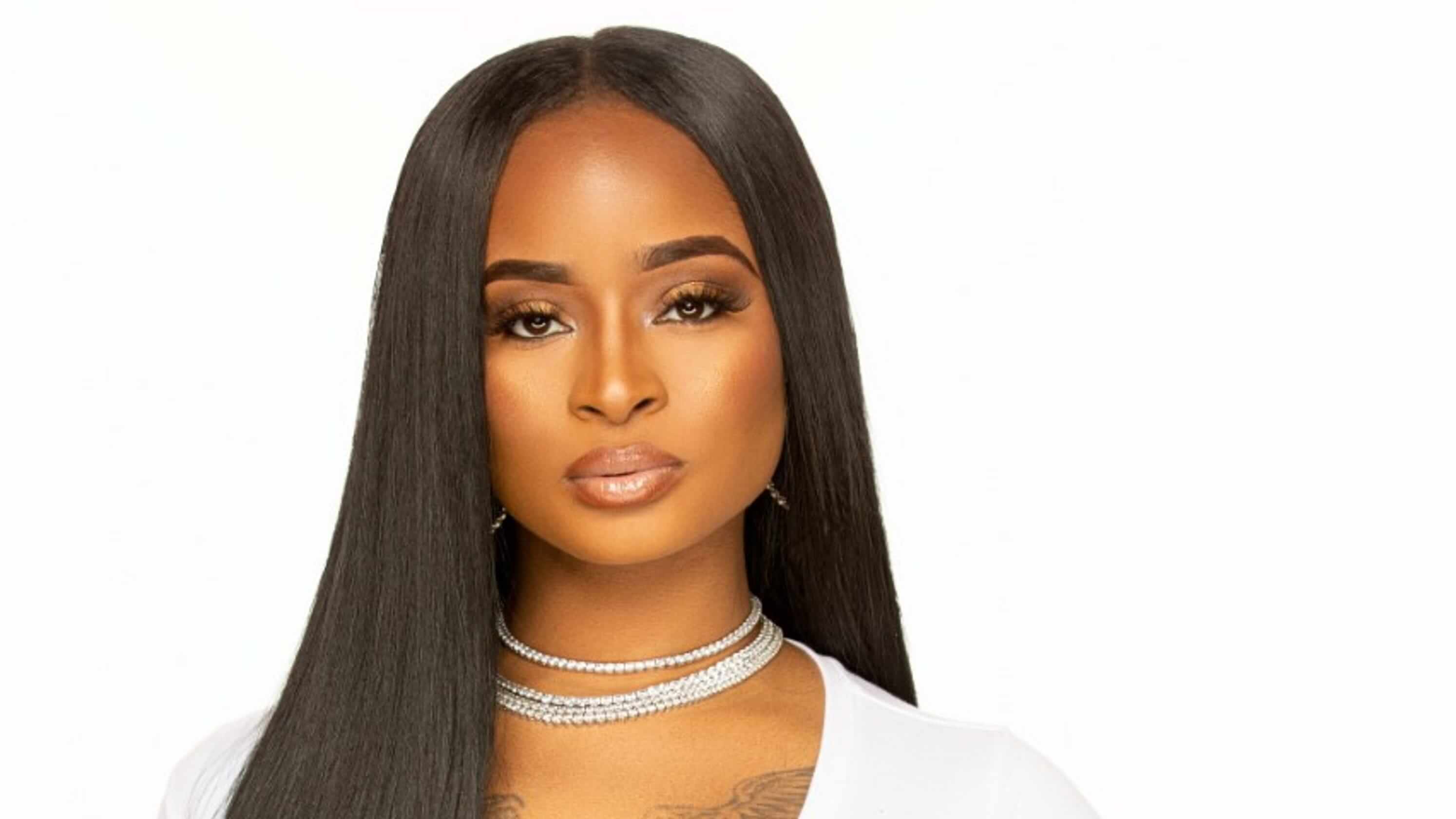 This season of Basketball Wives has been one of the craziest in years! From skating party brawls to being thrown in the bushes, this season was FAR from boring. After being cut off from the group last season in Amsterdam, Jennifer Williams came back this season with a new friend to have her back with the ladies.

Dominique Lenard is the ex-wife of retired NBA player Voshon Lenard and a long-time friend of Jennifer. Dominique joined the show this season with an open mind and ready to get to know the ladies, but was immediately dubbed as Jennifer’s sidekick which caused major drama between Lenard and Jennifer’s ex-best friend Evelyn Lozada.

Check out AllAboutTheTEA.com’s exclusive interview below to find out with Dominique Lenard had to say.

Q: Why did you decide to join the show?

“My good girlfriend (Jennifer Williams) was on the show and she asked me to come with her one day… it just took off from there!”

“That’s my friend! We’ve been friends for a while now. We met in the circle of ACTUAL Basketball Wives and from that point on we’ve been good girlfriends.” 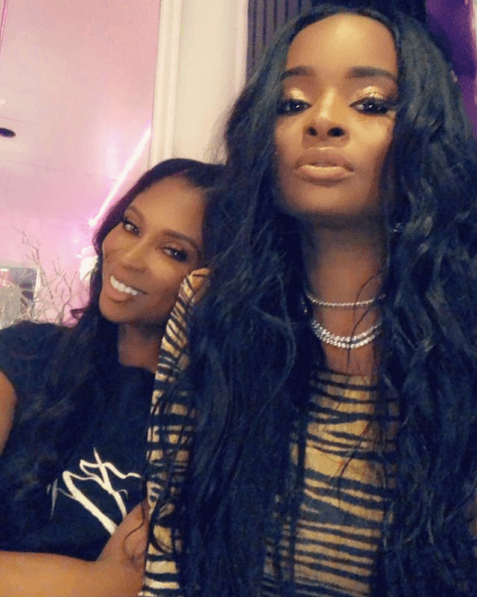 Q: At the first event of the season (Shaunie’s event) a lot of what you said was cut out. What did you say or what happened that night?

“I really didn’t say much… when Jackie was telling Jennifer all of the reasons her friends were upset with her, I just chimed in and said that I don’t get it. I don’t understand why Evelyn would be mad at her… but I don’t know the circumstances of the situation. I also made it clear that the whole time that I had been friends with Jennifer, she’s never mentioned anything out of the ordinary about Evelyn or her daughter. I’m saddened at the fact that they aren’t friends anymore because they always seemed like good friends.”

“Some people were saying that I was making a big deal and that wasn’t the case at all. I was just stating the facts or at least what had been addressed to me. I didn’t say anything bad!”

Q: When you went on the girls trip to San Diego, there was already a lot of tension between Evelyn and Jen. Did you expect that massive fight to happen & did you think you would be involved?

“I didn’t know what to expect. To be honest, I knew walking into a place or an atmosphere where a bunch of people do not like my friend there would be a lot of tension. But I thought at that point everyone knew she was coming, so if you had a major problem where you didn’t want to be in the same room as her then you would have declined to come. Also, I was actually hoping that everyone would have been a grown up at this point and that we could all agree to disagree and be in the same room together. I did not think it would escalate to a fight, but I’m ALWAYS prepared for anything especially when someone doesn’t like another person.”

Q: Do you understand why Evelyn was upset with Jen?

“I don’t know her, so I just see what I see. It wasn’t that serious to me, but just because it wasn’t serious to me doesn’t mean it wasn’t serious to her. Now how she handled it, do I think it was wrong? Absolutely! But that was her way of how she moves, I can’t speak on how anyone else moves. I don’t know what her temperaments are and clearly when you speak on her children that’s one of her temperaments. At the end of the day, people do what they do and I can’t control her. The only thing I can control is how she moved towards me and that part I wasn’t here for! But once it was over, it was over.” 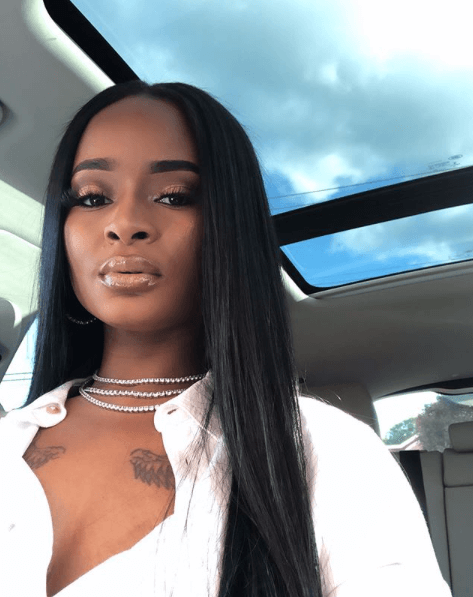 Q: Who is Anthony & why did he get you involved in this entire situation with Malaysia Pargo?

“I have NO idea who Anthony is! I think at some point Anthony wanted to be relevant in some type of way and I think anyone that brought Anthony to this circle made him relevant. He is NO ONE to me and I don’t think anyone on the cast (except for one person) knows him. I think it’s very ironic that he came up with all of these stories, but he back-tracked every single one of his stories. He changed it around and said something different… it was like a constant fairy tale of a story that he was making up in his head!”

“But kudos to him at the end of the day because he got what he wanted. At this point anybody can DM someone saying anything they want and end up getting five minutes of airtime on a national TV show, which is weird to me.”

Q: What was your reaction to the fight between Jackie Christie and Malaysia Pargo?

“It was CRAZY! It was more crazy in person than what you guys had actually seen because it was like out of nowhere. We came for a good time and to skate… we didn’t come in thinking we were about to be a part of a full out brawl. It escalated more than I would have liked to see, especially amongst a group of grown and mature ladies with lots of accomplishments. I just felt like at some point we have to do better. It was embarrassing and I know Malaysia was embarrassed that all of that escalated. At the end of the day, we’re all somebody’s Mama or an influencer on some type of level and we’re supposed to be looking better than this. However, life happens and when emotions get involved things happen.”

Q: On the show, OG held a court session to put everything out on the table… who do you think is guilty with this entire situation?

“In my opinion, whoever brought this person (Anthony) into the group is guilty! I would make an evaluation based on the character of the person giving me the information. Sometimes it’s best not to say anything, especially if you know it’s not a true situation.”

Q: Can you tell us a little more about yourself and who you REALLY are outside of the show?

“I have three amazing daughters, my two oldest daughters are twins and they’re 20 years old… I had them at 16. They’re actually off to college now! They did a year of community college at home and now they’re off to college. My hosiery company (@loyalhosiery) and my 15 year old pretty much take over my whole life. I’m constantly working and I’m constantly trying to build my brand for something better.”

Q: On social media there has been a lot of talk about why you weren’t invited to the reunion show… how did you feel about that and do you feel you should have been there?

“I absolutely think I should have been invited and present for the Reunion show. I added a valid opinion and a different perspective to the show. I had a right to defend my name and to discuss what took place this season. The social media and blog rumors regarding why I was not invited are completely false. I’m not a violent person or an animal. I’m extremely rational and I’ve always conducted myself in a classy manner. I’m a mother, business woman, and I was a real basketball wife for 20 years. I legitimately have no idea why I was not invited.”

Q: If you had the opportunity to do another season of the show, would you?

“I definitely would do it! I think that my presence is needed… I add a different flavor to the show. I have my opinion and I’m not a follower… people want to see genuine people. I don’t have to sugarcoat anything or kiss any ass! I’m going to naturally be myself and I’ve never really met many people that just didn’t like me. If you didn’t like me, it’s because you just didn’t know me. I come with real facts, I’m not messy. I’m more level headed and I think people want to see that. You need a balance because sometimes people just don’t think… I’m not saying that’s the case with these ladies, but in life sometimes that’s the case.”