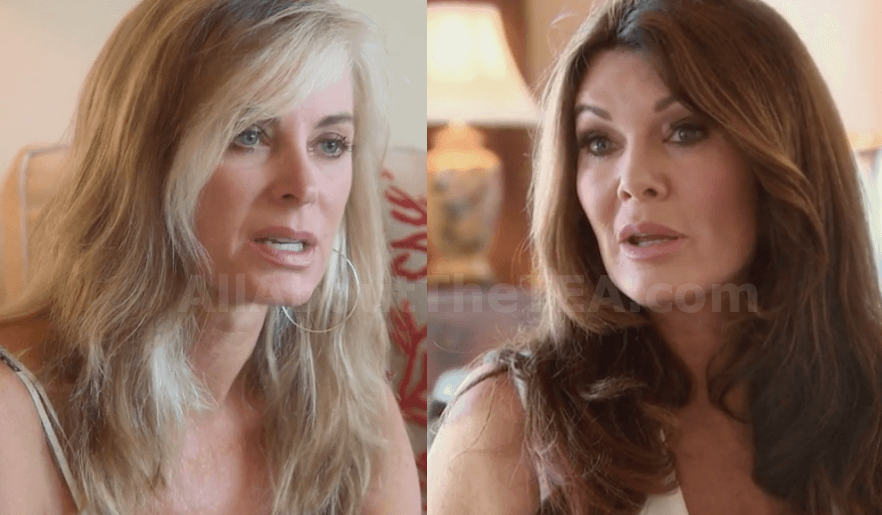 Lisa Vanderpump is clapping back at Eileen Davidson’s Watch What Happen Live diss.

The RealHousewives of Beverly Hills took to Twitter on September 19 at her former castmate for calling her decision to skip the reunion and leave the franchise a “p—y move.”

“Mmm @eileen_davidson. At least I resigned, you weren’t honest about the fact that you were fired… Now that’s a p—y move as you call it,” she tweeted. 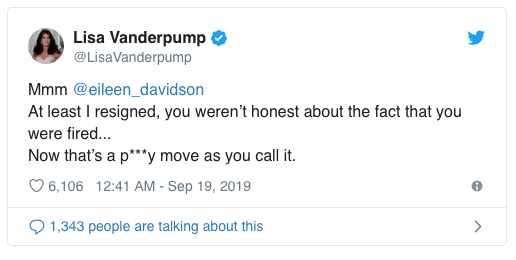 Eileen Davidson appeared on Watch What Happens Live on September 17 and shaded Lisa Vanderpump  during a rapid fire game of ‘Spill on the Hills.’

The soap star, 60, made the comment during a guest appearance on Watch What Happens Live With Andy Cohen on September 17. After Andy Cohen asked the actress what she thought of LVP “ditching the reunion and quitting the show,” Davidson said it was a “p—y move.” She also told the host she sided with Dorit Kemsley in the whole puppygate scandal, and that she believed Vanderpump’s friendship with Kyle Richards was “over.”

In addition, The Young and the Restless star dished on if she’d ever want to return to the Bravo show.

Davidson announced she was leaving The Real Housewives of Beverly Hills in 2017 after appearing on the program for three seasons. She’s since made a few cameos on the program.