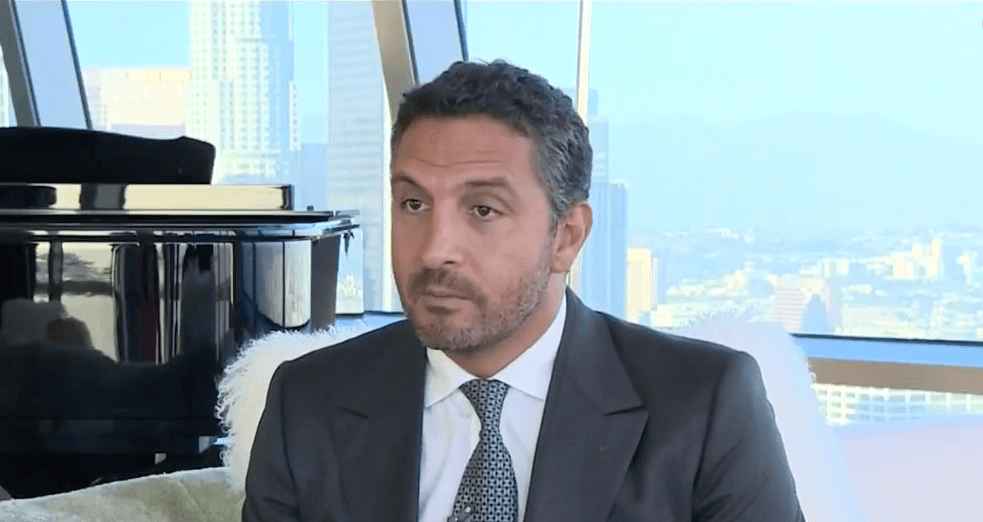 A potential buyer of the mansion, Sam Hakim, filed the new lawsuit against Mauricio Umansky. He claims that Kyle Richard’s husband chose the price knowing, “full well it was far below the property’s true market value,” according to court records.

As reported, The Real Housewives of Beverly Hills star is being sued by Sweetwater Malibu LLC, the company that owned the home at the center of the lawsuit, according to court documents. Sweetwater Malibu LLC accuses Mauricio and The Agency of having violating duties as a real estate broker.

Sweetwater Malibu, which is run by Teodoro Mangue, accused Mauricio in their lawsuit of breaching his duties as a real estate agent and believed he did self-dealing and earned secret profits.

Mauricio Umansky denies all allegations of fraud — he claims the home was seized by the U.S. government from Mangue after they discovered his hundreds of millions came from criminal activity.

Sam Hakim claims in the suit that he did this so he could secretly buy it himself and sell it at a profit at a later date.

Mauricio eventually flipped the property and sold it for almost $70 million, at a huge profit. According to Sam Hakim, he approached Umanksy to make an offer on the house for $40 million, but says he was told “not to put it in writing.”

He claims he later learned the only reason he was advised this by Umansky himself was so the reality star could buy the house for himself at the lower price.

“egregious breaches of duty and other despicable conduct” and lack of transparency cost him the profits that would have been generated if he had receieved the winning bid, a profit of $35 Million dollars.

Sam Hakim is suing for no less than the $35 million to seek regress from Mauricio Umansky’s “shocking misconduct,” in the deal.