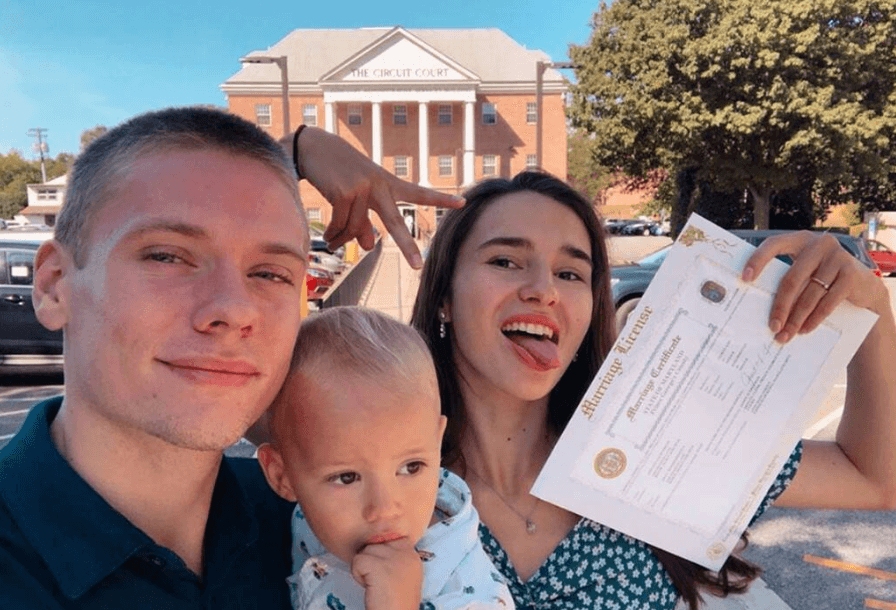 90 Day Fiancé stars Steven Frend and Olga Koshimbetova tied the knot in a courthouse ceremony in Maryland. “30.08.2019 we are officially husband and wife,” the reality TV personality captioned an Instagram. 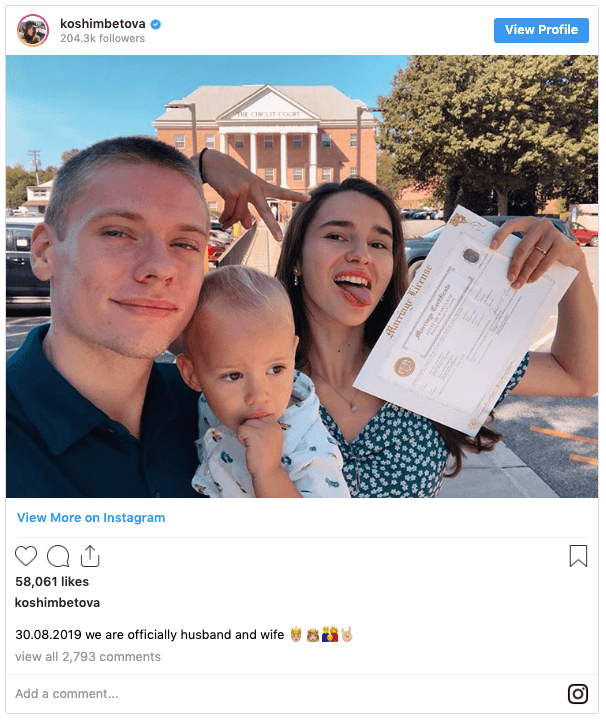 The couple appeared on Season 6 of the TLC series, which followed the couple as they navigated the ups and downs of their long-distance relationship. After Olga returned to her native Russia with their newborn baby, she continued keeping her Instagram followers up to date as Steven traveled thousands of miles for their family to reunite while awaiting the completion of her K-1 visa process.

Just a few months ago, Olga, 22, received approval and returned to the states with baby Alex for good.

According to her Instagram Story, the newlyweds indulged in a Baskin-Robbins cake to celeb their nuptials.

The reality couple made headlines in December when they launched a GoFundMe campaign to assist with their bills. They ultimately raised nearly $6,000 of their $15,000 goal. “Drastic times call for drastic measures,” Frend explained. “Trying my hardest to get my life on the right track and I feel as if I’m doing a great job. But we face certain hardships; Olga will be unable to work for an extensive period of time, as for myself I just landed a job opportunity as a Fire Sprinkler Installer (Apprenticeship Program) the training is 4 years long. Starting out at $16 an hour isn’t the best but in the long run it’ll do us okay.”