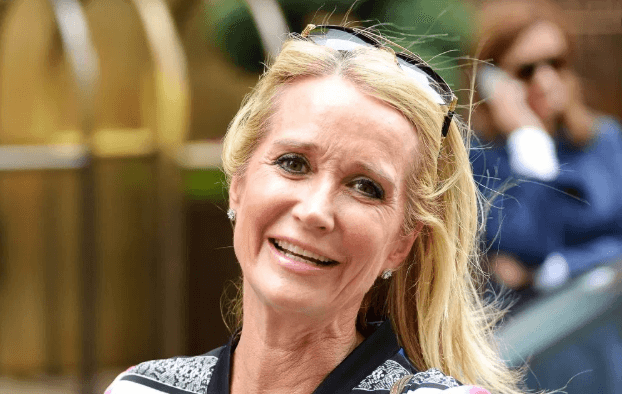 Kim Richards’ has fallen off the wagon again and her family are desperate to get her help.

Reportedly, Kim’s daughter, Brooke Wiederhorn, has been ”watching her mom in a downward spiral for weeks,” which included a brief visit to the emergency room at UCLA.

“Kim abruptly left against medical advice,” the insider told US Weekly. “No one could find Kim for hours, [so] Brooke reached out to [more] family. All of Kim’s kids are concerned, not just Brooke.”

“She was incoherent, rambling and seemed to be having a serious mental health breakdown of sorts. Doctors did a toxicology screening, but Kim left the E.R.,” the second source told Us, reiterating that Richards left without being formally discharged and against medical advice. “Her family doesn’t know how she got out because she didn’t have a car. It’s assumed she took Uber/Lyft. Her family was frantic trying to find her and Kim turned her phone off. Kim finally surfaced the next day at her house.”

Even Kim’s sister, Kyle Richards is reportedly pushing her sister to seek help for her addiction and mental health issues.

“Kyle became aware that Kim was struggling in recent weeks and got extremely concerned based on what she was hearing,” a third source told Us. “It’s going to be an ongoing conversation, but the good news is that Kim is being extremely receptive to Kyle, recognizing she is coming from a place of love. Kyle isn’t giving up and is trying again to get Kim to agree. It’s more for mental health than sobriety issues.”

As fans know, Kyle outed Kim’s alcoholism in season one of the Bravo reality series during a heated argument. Kim has been in an out of rehab after suffering numerous relapses and was arrested twice in 2015 for assaulting a police officer and shoplifting from Target.

Kim Richards’ is also the mother of daughters Whitney and Kimberly and son, Chad.