Relationships are hard enough in general, but when you add age gaps and HUGE financial gaps it can really complicate things. That is the premise for Lifetime’s new reality series, Marrying Millions. The series follows multiple couples from all stages of life, dealing with the ups and downs of coming from two completely different lifestyles and trying to become one.

One of the show’s couples Gentille Chhun and Brian have a very unconventional love story. Gentille is a very successful real estate investor and Brian is a construction worker that swept Gentille off her feet with his charm and witty humor. There has been a lot of tension between Gentille’s close friends and Brian throughout the season so far and the drama doesn’t seem to be ending anytime soon. We caught up with Gentille to get the scoop on her relationship with Brian and everything about the show.

Check out AllAboutTheTEA.com’s exclusive interview below to find out with Gentille Chhun had to say.

Q: Why did you decide to do the show?

“Brian was the one that came across the casting. This is not really my arena. I’ve done a little bit of background work and modeling, but this opportunity arrived into my life and I was not searching for it.”

“I was very hesitant… I actually backed out of it the first time. The network came back to us again later and that’s when I reconsidered. I thought it would be fun!” 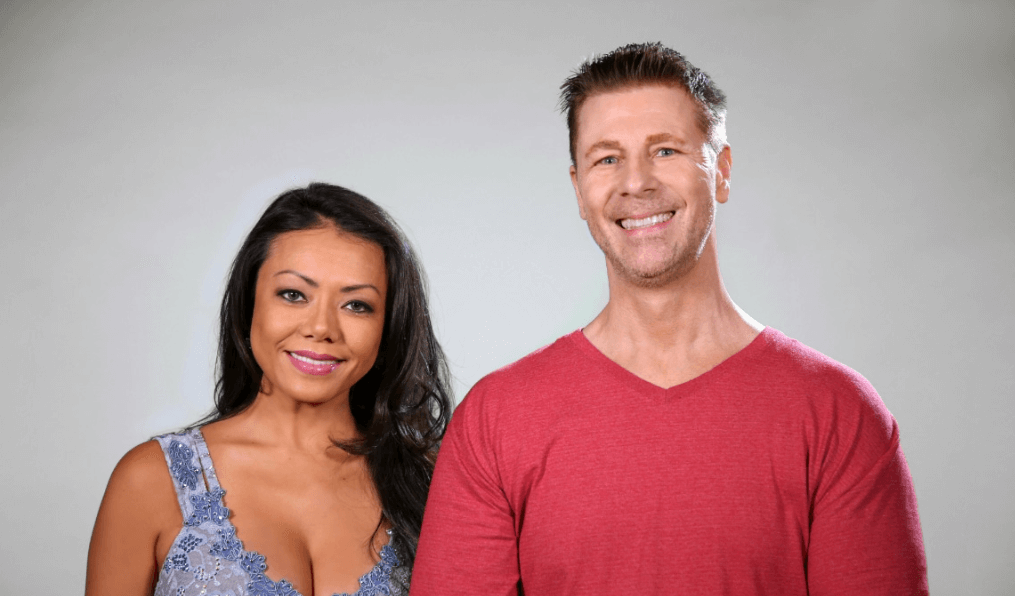 Q: So it was discussed a little on the show, but how did you meet Brian? What initially attracted you to him?

“I actually met Brian when I hired him as a handyman. I do a lot of flips in Las Vegas and surrounding areas and I shop around for affordable labor. Sometimes as far as the work and repair crew is concerned, some aren’t reliable so I go through a number of crews.”

“He was just very humorous! He was very quirky and made me laugh a lot when I met him. I’m a very serious person for the most part, so for him being a goofball, it really lightened me up.”

Q: How did you feel about your friends making jokes about Brian early on?

“I understand my friends and they’re always protecting me. When I like someone I get blinded, especially in the beginning. My friends were just protecting me and it didn’t bother me at all. I’m happy that they expressed themselves. I mean if they didn’t then I would know they probably didn’t care as much.”

Q: How did you feel when people were constantly putting Brian down and saying that he should be paying for things & not the other way around?

“Traditionally in proper etiquette men are supposed to, especially within a group of girls and even more when you are trying to get them to like you, but it’s OK! I understand his situation… I mean he doesn’t have a lot of money so I don’t expect that from him. I don’t really need to be spoiled since I have my own means of buying things and I can spoil myself. I think people should understand that he can’t buy me those things that I’m accustomed to anyway.”

Q: How did you feel when Brian finally told you that he lived with his parents?

“It shocked me, but I wasn’t totally surprised… just because he was so secretive about where he lived and even his age. I’m pretty laid back for the most part and I just let men do what they do… if they want to tell me something they will, if not it’s whatever. But I do understand why he didn’t want to tell me originally.”

Q: What was your reaction when you heard Brian tell your friends that they should “date you” and see how it feels?

“It was really loud in there and most people didn’t hear the conversation, unless you were right there. I discovered later after that scene about what happened. I was truly not happy with what he said. I know he might have been very nervous and he did get a little buzzed too, but we’re now discovering that Brian just says stuff and most of the time there’s no filter. At the beginning of our relationship I understood because he was out of his element, but now after knowing him more he says the most messed up things.” 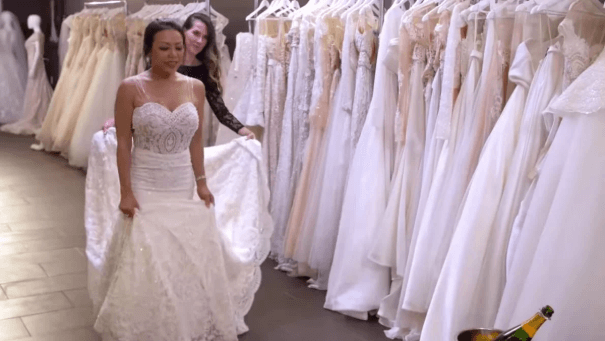 Q: So explain to us… how late was Brian to your birthday party?

“He was VERY late… the party was already halfway over. When he showed up, I think he was already liquored up as well. What really set me off though is that Brian shows up late all the time to EVERYTHING. Really upsetting!”

Q: On the show it seemed as though you were mocking Brian’s gift (the necklace) and didn’t appreciate it. How did you REALLY feel about his gift?

“Well I was already annoyed and testing the gift to see if it was real or not was more of a joke to entertain and lighten up my own mood. I think any gift is thoughtful despite what it is or the value of it. I have always been very appreciative of anything that is given to me and have kept every single gift that has been given to me from anyone.”

Q: Are you glad Brian apologized to your friend about the comment he made? Do you think it was sincere?

Q: What was your reaction about the stripper at your birthday party? Do you think it was appropriate and do you understand Brian’s feelings?

“The stripper was a gift from my friends. I do feel that it was quite appropriate and added more fun and entertainment to the party. Brian getting all bent out of shape about it shows his insecurity and jealousy. I feel Brian’s overreaction was a culmination of many things and not just that one thing.”

Q: Brian posted on his Instagram recently that he was actually planning to do a “strip tease” for you at your birthday party. What was your reaction to that?

“He could have! I don’t know why he just didn’t jump on stage and do it… no one was stopping him from that. Maybe he was upset because he didn’t get to show off his body?”

Q: On the show, you had a tough conversation with Brian regarding having children together. In your personal opinion, do you think Brian is ready to have kids?

“I honestly do not think Brian is ready to have kids or take care of anyone. He can barely function in society or take care of himself. I had to have this conversation to be able to know for sure and to make the correct decision to move forward through progression in life and our relationship.”

Q: What would you like fans to know about you that we haven’t seen on the show?

“I am Cambodian, Chinese and French mix. My father who was a very high-ranking officer along with my brothers and sister who were students were one of the first ones executed during the Khmer Rouge revolution, simply because our family were educated, successful and had influence. Mom and I were able to escape and survived the war easier than most because she hid and sewed her diamonds and jewels inside the linings of her clothes which she used to buy food, pay bribes etc. We came as refugees when I was about 3 years old, so I actually grew up here in the states.  My mother was very regal, snooty at times but had the biggest most compassionate heart. She pushed me very hard to succeed because she wanted the same good life that she had in Cambodia before the war. I resented her when I was younger but now I love her so much for instilling in me the strength, courage and tenacity. Mom passed in 2017 but she is always here with me.”

“As far as my business, I acquired success through sheer hard work and determination. I worked 3 jobs from the time I was 17 years old and saved every penny to buy my first home at 19. I was open minded, fearless and tried many different jobs, I think it is the entrepreneurial spirit in me. But every job or business I worked was to make money to buy more real estate, so I kept adding to my portfolio over time. I have multiple diversified investments, rentals and few hundred acres of land across the nation. Currently working on real estate investments in Europe and Asia as well.”

Check out Gentille and Brian on Marrying Millions every Wednesday at 10pm EST on Lifetime!