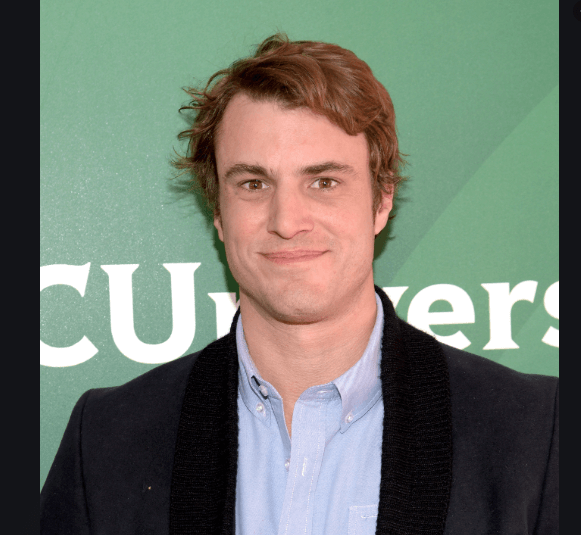 Shep Rose is in New York City and using his time to mock a homeless woman on the street and record it.

The lady was collecting cans when confronted by the Southern Charm star, 39, who recorded the whole ordeal and posted it on his Instagram Stories for all his followers to see.

In the video below, the reality star is heard yelling at the homeless woman as she sits on the sidewalk and hides her face, while gesturing for him to stop filming her. “Look at me, nice cans! I mean, the cans you have!” he taunts in the video — the woman covers her face and yells back, “No! No!” Over the video, Shep wrote, “I love double entendres. Yes she was camera shy. But she laughed.”

After the since-deleted video circulated on social media, Twitter erupted and immediately confronted the mailbox trust fund baby — who smugly responded to fans and showed zero remorse for his actions.

One outraged fan wrote, “shep is trash pls someone get him off this show @Andy #southerncharm @ShepRose.”

Shep, 39, replied, “And yet here you are following me on all social media. Can you do me a quick “solid” and search my LinkedIn? I want you to have total access.

Another person tweeted, “Maybe shep should go to a homeless shelter and see how their are forced to live . Some have mental health issues and were put on streets.”

“@ShepRose is the epitome of #SpoiledRichKid,” Someone wrote and tagged the reality personality.

“@ShepRose you are the biggest trash there is. Shame on you azzwipe.” A different fan posted.

One woman tagged Shep’s Southern Charm costars and show exec, Andy Cohen in a blistering tweet, “@Pataltschul @WSUDLERSMITH @Andy Is this Southern Charm? I can understand being drunk & feeling regret but @ShepRose feels none this morning. Cheap way to get “laughs” from followers but there is nothing funny about homelessness. I’m DONE w/ him.”

Shep responded to the fan by writing, “Omg. I offended you! Ok. Here’s the plan, sensitivity training 5 times a week. Then intensive therapy (hot yoga?) followed by a public flogging in the town square.Then i move to Siberia and live in an igloo for 4 months. At this point. I think I’ll be cleansed of your disapproval.”

When others told Shep that they were “disappointed” with his behavior in the video, he responded with, “Unfollow then. No big deal.”

After being asked why he found the video to be funny, Rose went on to say, “Doesn’t matter. You follow me. You can easily get out of the situation. It’s not a binding contract.”

“I am not responsible for your happiness,” Shep continued. “If I miss the mark in your mind just keep scrolling.”

The 39-year-old took issue with another scathing fan comment, calling him an ’embarrassment’ to the network and calling for him to be fired, “@BravoTV and @Andy what are you gonna do about that disgusting video your employee @ShepRose posted of him drunkenly harassing a woman on the street? What an embarrassment for the @BravoTV network. Is this really the kinda behavior you wanna promote? Get him off TV.”

The Bravoleb responded to the fan by writing, “Always get a chuckle when people try to send me to the principles [sic] office. I bet you were a scream in high school!”

Also in the video is Shep Rose’s costar, Craig Conover, who is seen laughing and co-signing the repugnant behavior towards the end of the clip.

Share your thoughts on Shep Rose’s  harassing a homeless woman on the street. Sound off below!