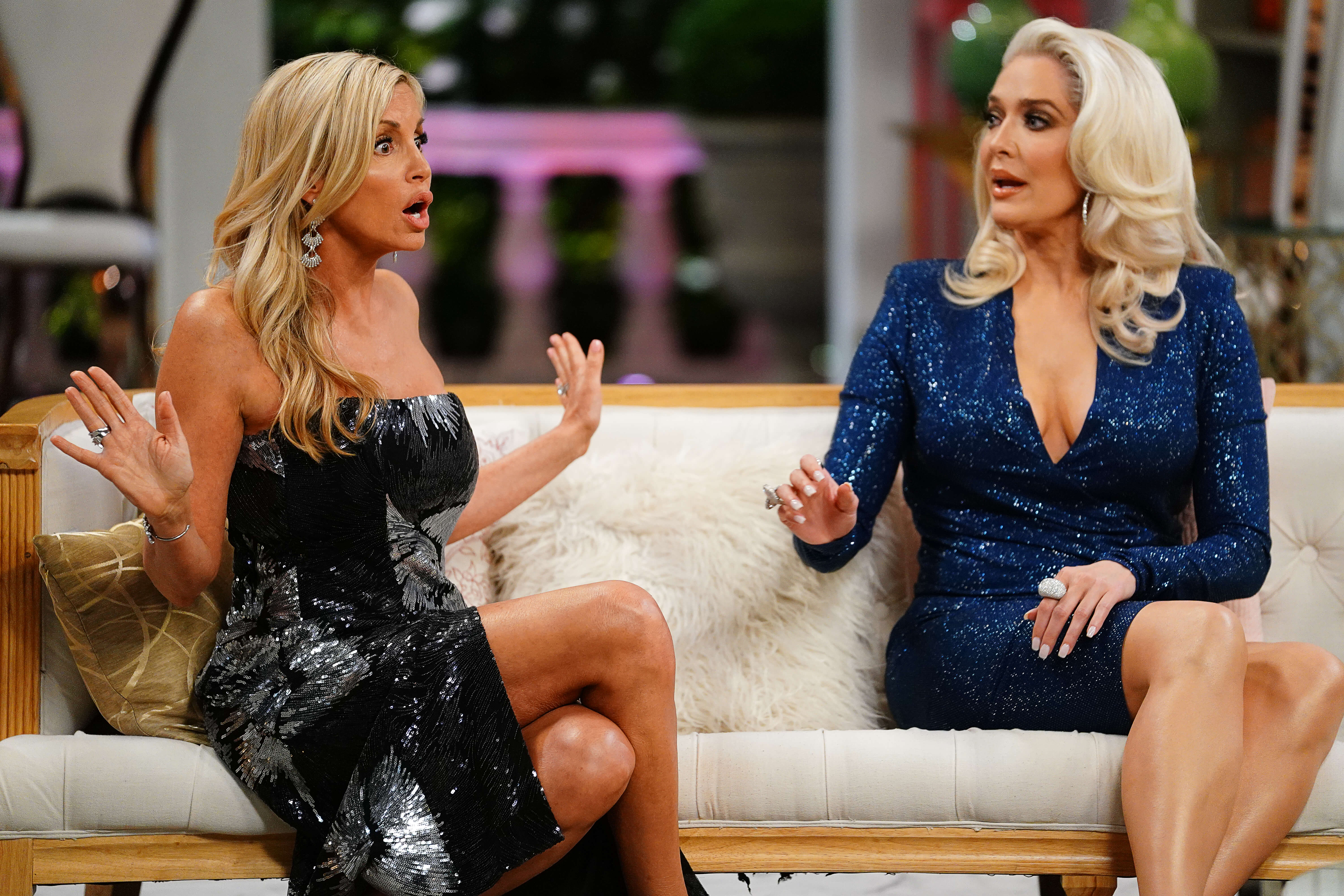 Camille Grammer‘s Real Housewives of Beverly Hills costars are giving her the silent treatment after an explosive Season 9 reunion taping and her refusal to join their Lisa Vanderpump hate campaign.

During recent episodes Denise Richards, Teddi Mellencamp, Lisa Rinna, Kyle Richards, and Dorit Kemsley have all been pissed with Camille — accusing her of being two-faced after she joked Vanderpump had ‘bad gums’ then turned around and praised the British native in a People magazine article.

Camille apologized to Vanderpump for her remarks and the ladies currently appear to be on good terms, however the same can’t be said for the relationship between Camille and the other ladies.

“Camille did reach out to [Lisa] after her mother’s death,” a source tells Hollywood Life. “Lisa and Camille still talk and the cast feels Camille is doing everything she can to find an ally which is why she’s clinging to Lisa.”

According to the report, Camille’s cast members don’t feel her intentions with Vanderpump are geniune — they believe Camille is trying to secure a spot on the Bravo reality series for Season 10.

“They also feel she’s only talking to [Lisa Vanderpump, 58] to cause drama, as she hasn’t said the nicest things about her both on and off camera this year. It’s sad.”

In addition to “clinging to Lisa,” Camille is also interested in becoming a full-time housewife again, a source revealed EXCLUSIVELY to HL. “Camille Grammer is hopeful that she can get a diamond again next year,” another source said.

“She feels she brings a lot to the show and she views it as a serious job which is why she speaks her mind the way she does,” our insider continued. “She really wants to work and be full-time. She knows the other women get frustrated with her, but she doesn’t care. She feels she’s speaking up for what is right. She doesn’t like how a lot of them treated her this year.”

Many fans praised Camille for not going along with Teddi Mellencamp, Lisa Rinna, Kyle Richards, Dorit Kemsley and Denise Richards’ feud against Vanderpump.

Camille took to Twitter to confirm fan observations about the cast alliance, “They were mad at me for not falling in line with their Vendetta against LVP.” She tweeted on July 6.

As reported, part three of the reunion concludes on July 30 with Camille storming off the stage after a dramatic confrontation with the cast. As a result, Camille suffered a meltdown from the relentless attacks and the ladies are giving Camille the cold shoulder.

“None of the other ladies are speaking to Camille right now since the reunion,” a source revealed to HollywoodLife. “They felt she came just to cause drama and ratings.”