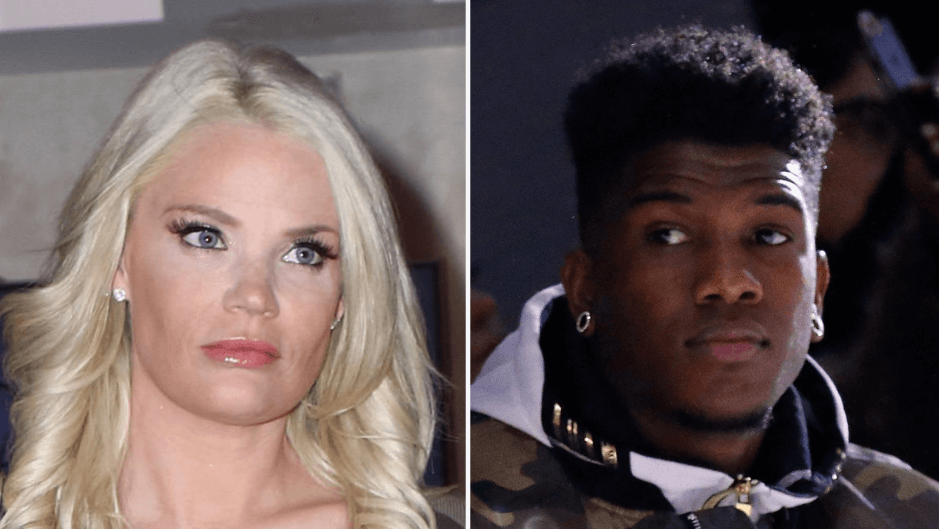 90 Day Fiancé: Happily Ever After personality, Ashley Martson, has been weathering a social media rumor storm, while her husband, Conroy St. Christopher Smith a.k.a Jay Smith, remains in ICE custody.

It all began with Jay’s GoFundMe campaign, an effort designed to to boost his immigration defense, and offset TLC’s supposed “exploitation” of the Jamaican reality personality.

Before the 90 Days star, Jon Walters, cried foul during an Instagram story, and posted a series of text messages to bolster his case.

“I’m not posting this for Ashley or on her behalf as she will or won’t press charges and she will make her mind based on whether she wants to go through the heartache of court case or just have deported.” Jon Walters posted on his IG Story. “Abused and broken women capacity to forgive their abuser is huge.”

“I’m posting this to show those kind people who are donating to jays gfm exactly why being deported is the minimum he deserve as why I think he should be locked up for a very long time. My heart breaks for the hundred of immigrants and asylum seekers being detained unfairly but jay is not one of them. He’s a liar, a cheat, and a man who forced himself into a woman when she said ‘no.’”

“He violated a protection restraining order issued by the courts. I’m not on team Ashley and she’s not a friend — but she’s a woman who doesn’t deserve to be brutalised by the man who was meant to protect her. I will always speak for the voiceless and pick up the down trodden and today I speak for Ashley. I will not be sharing any more of the evidence I have nor will I be commenting further. Read his own words before give money to help this man.”

In addition, Ashley’s mother, Cindy Garney, did a live stream with Instagrammer, John Yates, where she alleged that Jay raped her daughter.

“She was raped by Jay,” Garney stated. “It was reported to the police, and that was part of the reason she got the PFA.”

Fans know that Ashley Martson and Jay Smith split after a tawdry cheating episode — but rumors of reality TV fakery have been swirling around the couple, threatening to take down the TLC narrative.