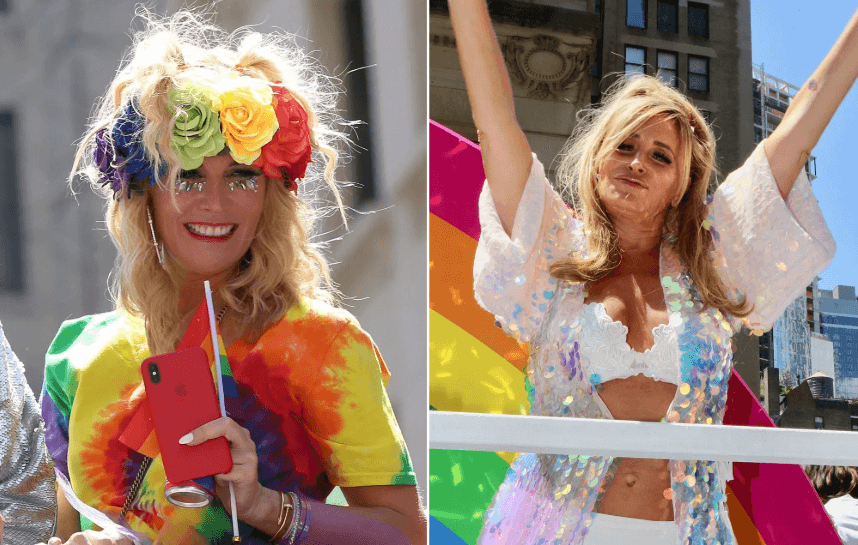 The Real Housewives of New York City is scheduled to air the reunion next week, but the real drama is happening off-camera.

Sonja Morgan and Tinsley Mortimer got into a heated fight after the World Pride Parade in New York City on Sunday, June 30.

Kelly Dodd witnessed the confrontation during a car ride, recorded their screaming match then posted and subsequently deleted via her Instagram Stories. Watch the since-deleted video below.

Real Housewives of Dallas’ LeeAnne Locken and Shahs of Sunset star, Reza Farahan were also in the car but minded their business and not record the ladies unlike Kelly Dodd.

The fight stems from Sonja accusing Tinsley of not being grateful for everything that she has done for her. The same argument from season 10 of Real Housewives of New York City.

“I literally walked in after being abused mentally, physically by a man,” Tinsley said, referring to someone she dated before she joined the Bravo series. “You know what Sonja Morgan, if you’re going to do this bulls–t with me right now!”

Sonja then accused Tinsley of always making things “about her,” and reminded Tinsley that she’s responsible for her getting the Housewives gig on Bravo.

“Did I bring her on the show or not?” Sonja asked several times after LeeAnne screamed that they arrived at the destination.

While on the Bravo Pride float, the co-stars got along fine. Tinsley even posted a photo of her kissing Sonja on the lips during the parade via Instagram Story.

“Had a greeeeat time with my #Bravo family celebrating #pride in #nyc ?️‍?,” Sonja captioned a group photo on Monday, July 1, via Instagram. “I was overwhelmed with joy by the turnout. So much love for #equality in #NYC ?yet so far to go for ALL.? Let’s do it??? #rhony #shahs #southerncharm #rhoa #rhonj #andycohen.”

Many Real Housewives of New York City fans that attended Pride claim that both ladies were drunk, even possibly high, at the parade.