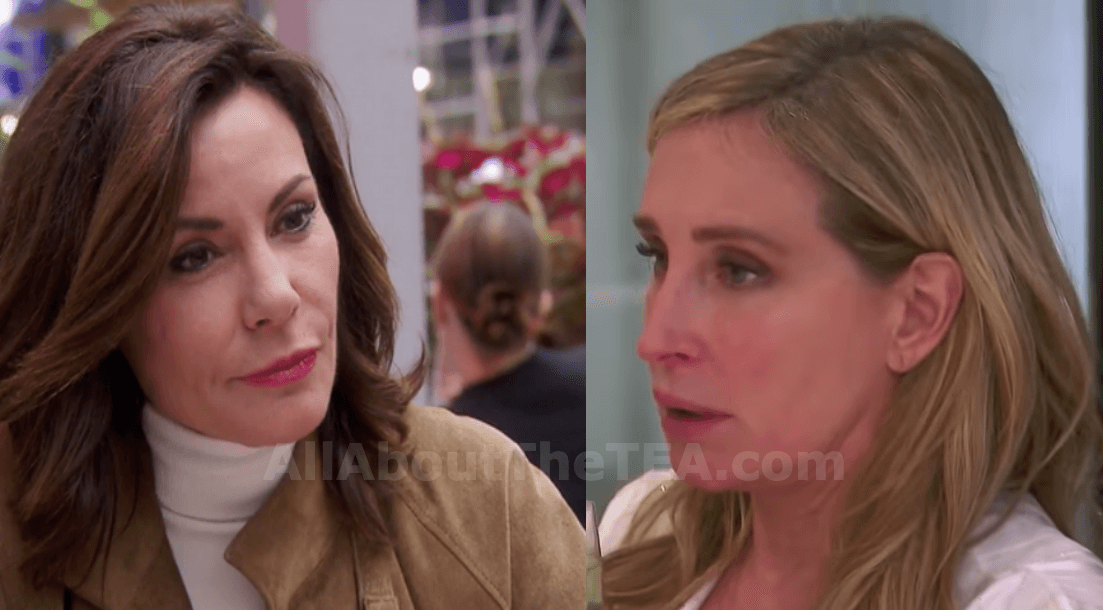 During a recent episode of The Real Housewives of New York — a drunken Sonja Morgan took a nasty fall and hit her head during an argument with Bethenny Frankel Miami.

Paramedics were called and the rest of the women were understandably concerned with the exception of Luann de Lesseps. The cabaret singer refused to come downstairs and check on Sonja Morgan.

“I just can’t look at Sonja right now. [Our fight] was so hurtful, I just can’t move,” Luann said in a talking head confessional. “After Sonja said some devastating things to me last night, nobody’s checking on me to see how I’m doing. Is anybody checking on me? ‘Are you okay, Lu?’ Did I bring a bottle of vodka back to my room? Which God knows I wanted to.”

“You just hear horror stories: ‘Oh, someone fell and then died in the middle of the night,'” Bethenny Frankel said. “So I want the paramedics here because I need to know with 100 percent absolute certainty that Sonja is okay.”

Once the paramedics checked Sonja out and medically cleared her — Bethenny expressed her relief.

“[I’m] very relieved to hear that Sonja’s pupils don’t appear to look like she’s taking anything” Bethenny said before adding that she couldn’t wait to “shove that straight up Luann’s a** because it’s a really horrible accusation.”

As fans know, the Countess got into an explosive argument with Dorinda Medley and Sonja before Sonja’s drunken spill. Luann told the rest of women that she believed Sonja had been secretly taking pills.

The Real Housewives of New York airs on Wednesday nights, at 9:00 p.m. ET, on Bravo.