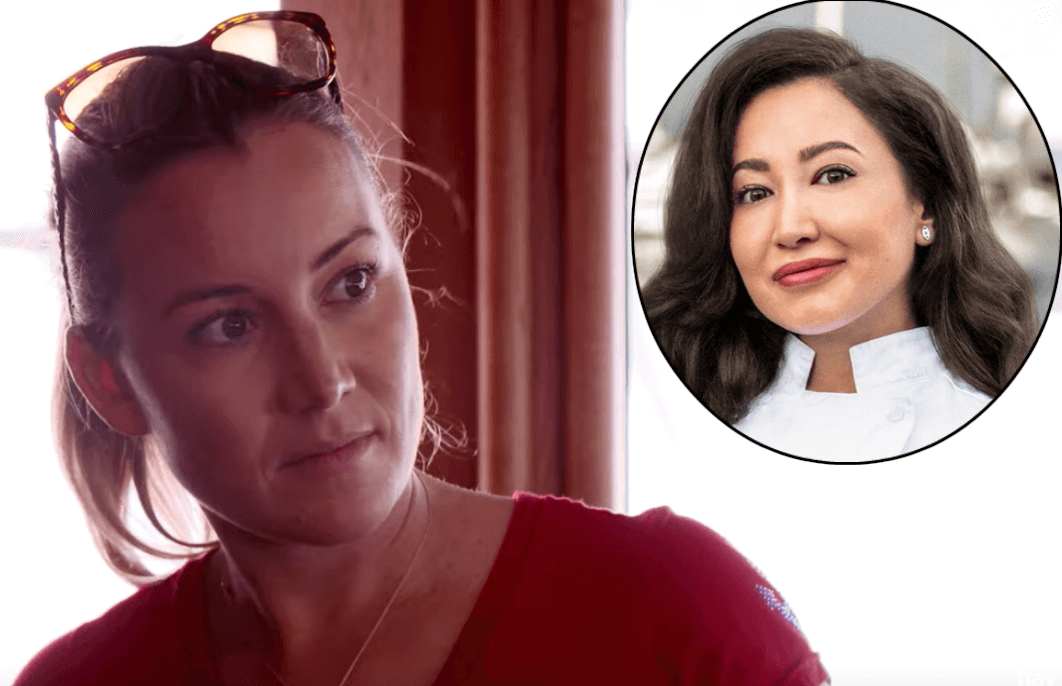 Batten down the hatches, Below Deck Mediterranean season four is upon us — and a shocking homophobic scandal will provide treacherous travels.

New cast chef, Mila Kolomeitseva, is at the center of the controversy. During the season, she will reveal that she does not want her son to witness “two men kissing each other.”

Below Deck Mediterranean alum, Hannah Ferrier weighed in on Mila’s hateful remarks in an interview with Daily Mail Australia.

‘When I found out that she’d said that, I actually couldn’t go speak to her about it because racism, homophobia and sexism are things that make my blood boil,’ Hannah told the outlet.

‘I can’t deal with it on camera because I’ll look like a psychopath,’ she added.

‘I was shocked that it came out, and honestly, how stupid are you? This is Bravo, we have a very large gay audience,’ she said.

‘Know your viewers, honey! Go to a KKK rally if you want to talk like that.’

Hannah Ferrier attributes the Russian chef’s conservative Siberian upbringing as the root of her bigoted views.

‘It’s no excuse for ignorance, but I know what Russia and that Eastern Bloc is like, and they’re very backwards in time,’ Hannah explained.

She continued: ‘But at the same time, [Mila] lives in Monaco and should know better. It’s not like you were plucked out of Russia and put on a yacht. If that’s how you think, maybe just think it, don’t say it.’

Hannah Ferrier, 32, hails from Sydney, Australia. After a bumpy last season, and coming face to face with her anxiety, she is now intent on focusing on her work, not on her love life. With renewed determination to provide unparalleled service, Hannah is excited to shows this season’s charter guests all the joie de vivre the South of France has to offer.

Press play below to watch a sneak peek of the upcoming season.