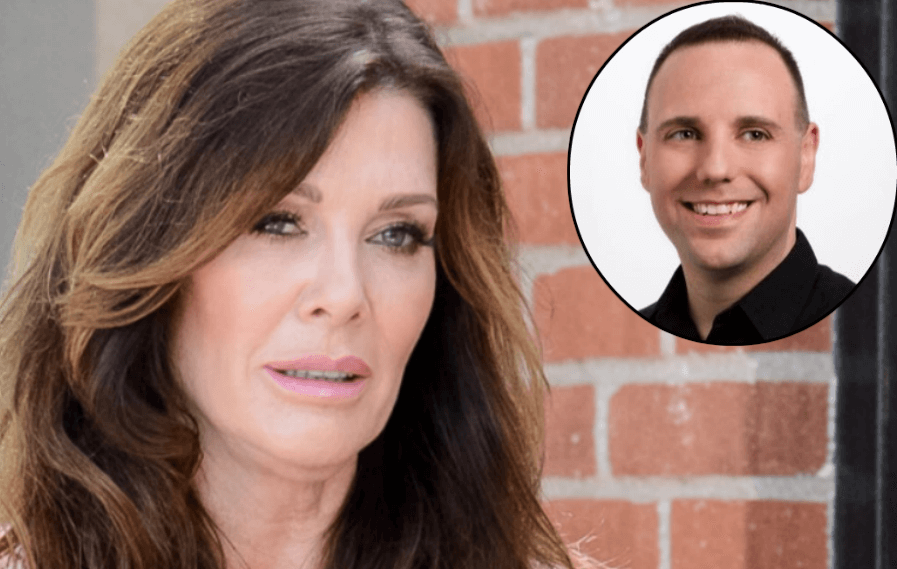 Lisa Vanderpump felt the heat after she made a crack about Real Housewives of Beverly Hills co-star, Erika Jayne, on Tuesday’s episode.

The British businesswoman took the snarky “tucking under” shot at the dance queen after taking a filmed lie detector test — the polygraph strategy designed to prove her innocence in the “Puppygate” controversy.

Real Housewives of Beverly Hills fans stepped into the drama after a People reporter, Dave Quinn, sounded off on Twitter — then later claimed to be a victim of a transphobic cyber attack.

Dave Quinn weighed in on Lisa’s comment during the episode — taking the reality star to task.

Dave Quinn’s post invited swift sympathetic support from Lisa Rinna, Teddi Mellencamp, and Erika Jayne — all within minutes of each other.

Skeptical fans soon began raising eyebrows at Quinn’s story — and  connected the RHOBH ladies as alleged accomplices. As soon as Quinn was accused of staging a fake cyber hate crime — he quickly deleted the hate mail tweet and made his account private.

Someone is having a slow Twitter day for writing a FAKE homophobic letter to himself. Funny how @lisarinna @TeddiMellencamp quickly ran to support him. @people stop hiring FRAUDS!!! #RHOBH https://t.co/j8yzImw3er pic.twitter.com/ygBEYHUuxD

Dave Quinn is pulling a Jussie? Where is the letter? It's scary times when Ppl start manipulating all for fame and personal opportunities. #RHOBH

@people @peopletv – would you be so kind as to verify the source of Dave Quinn's letter and why he felt he needed to go into hiding?

Hey @people. What happened to Dave Quinn’s twitter account? Why did he go private? Seems strange for reporter with national magazine to have a private account. ?‍♀️

His account is now private. But there was no email address on the email, it almost looked like a draft. And had all sorts of slurs and threats, even murder! I told him he should turn it over to the authorities so they can find out who is behind the email

Dave Quinn got a hate tweet, people are saying he himself made the tweet. Odd at how Rinna EJ and Teddi are all over this..oh sorry Dave BS…oh please,,,SMH

The fact Dave Quinn has made his account private is very telling. What reporter for a national magazine would do that ? Don’t they want to reach as many people as possible on SM? ?

According to the following Twitter user, the LAPD and FBI have launched an investigation into the alleged cyber hate crime since a death threat was made.

When I Confronted him about that well scripted, tick all the boxes hate message and reminded him that it’s a Federal Crime to fake a hate crime he deleted everything and put his account on lock down. As soon as he ddI that I went to the LAPD who were already aware and now the FBI

Do you believe that the People reporter pulled a Jussie Smollett — and did the RHOBH cast members knowingly throw in with his alleged act?

Let us know what you think — and watch The Real Housewives of Beverly Hills, Tuesday nights, at 9 pm, ET, on Bravo.