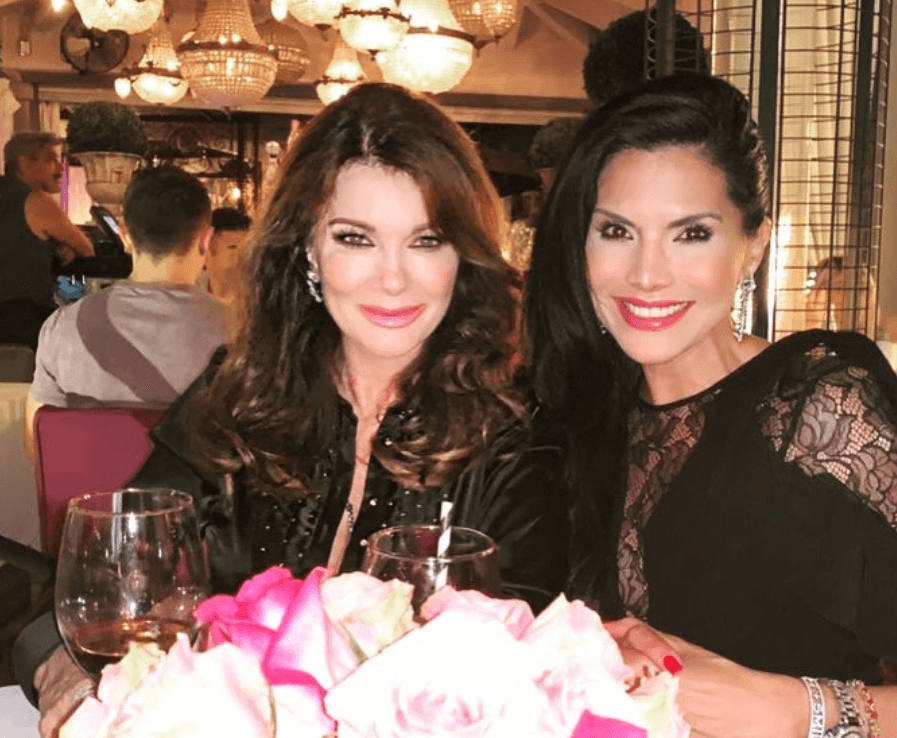 Joyce spoke to DailyMail.com and weighed in on the drama behind the splintered cast.

“100% they are ganging up on Lisa. And it’s horrible to see. Any decent human being can see how terrible it is what the other women are doing to Lisa,” Joyce told the outlet.

Joyce, 44, noted that filming season collided with the death of Lisa’s brother, which she believes intensified the emotional fallout.

“This season of bullying is the worst because of what Lisa has been going through. She just lost her brother. She was enclosed in sadness. I don’t see how an entire group can gang up on her.”

“It was very difficult to see. Very sad to see. People should have rallied around her. Lisa needed support. They kicked her when she was down. She was in a terrible state. She was very vulnerable.”

The model/producer shared that she and Lisa have grown close since they shared the Bravo spotlight, in Season 4.

“Lisa is a good person with a good heart. We are very good friends. Our husbands are friends. My children adore her.”

I was so excited to see the entire Vegas celebrating my gorgeous @lisavanderpump ?It was such a beautiful night celebrating the fruition of all the hard work! She makes it seem effortless but works tirelessly. We are so proud of you babe, Ken and Pandy! We love you guys! ?

Lisa Vanderpump withdrew from the cast after she was accused of manipulating Teddi Mellencamp into a plan to expose “Puppygate” — Dorit’s mishandled Vanderpump Dogs adoption. Lisa flatly denied the claim. Fans watched Kyle Richards confront Lisa in her home, where Lisa swore that she was  innocent.

The former Miss Universe Puerto Rico blamed the dynamic on group jealousy — and added that she was slapped with similar treatment during her brief stint on the show.

“No other explanation. They want to bring the Queen Bee down. There’s not a single explanation to bringing someone down after they lost a brother,” Joyce said.

Joyce dished about her own interaction with the 2013 cast, and explained how the ladies tried to bully her into a corner.

“All the girls were trying to tell me Vanderpump was a bad person. Kyle kept trying to talk bad about Lisa on my season. Brandi (Glanville) even called me and said Lisa is very mean. But I kept saying ‘I don’t see it.’”

“And the ganging up is not new. I see it over and over. They are trying to do it to Teddi now, to get her to join them. Look.. there’s drama and then there’s pettiness.”

Joyce revealed that she reached out to Lisa after the Season 4 cast gang-up in Puerto Rico — which proved to be the tipping point for the Bravo rookie.

“I knew I didn’t want to be a part of the show after our Puerto Rico vacation. I called up Lisa to see how she was doing and she said she’d love to have dinner.”

“And we had the best dinner. We could have had a lot of fun on the show. And I regret we weren’t friends on our season, maybe I would have had a different experience. Because all the girls tried to tell me she’s not a good person.”

Joyce also told the outlet that she and Lisa had shared many conversations about Lisa exiting the mean-girl scene for good.

“We’ve had multiple discussions about her leaving. I can’t say where’s she’s leaning as a friend., but yes…  she’s considered it. But I’m her friend, I can’t say about that”

“But as a friend, I think she should not do it anymore. She’s way too successful. She likes to empower other people. Look at how much she has going on in her life. It’s incredible.”

Would Joyce, who spoke out during a Caribbean vacation, consider a Bravo comeback?

“I knew mid-season, this was not the right platform for me. I’d rather swim with sharks here than swim with those sharks again,” Joyce quipped.