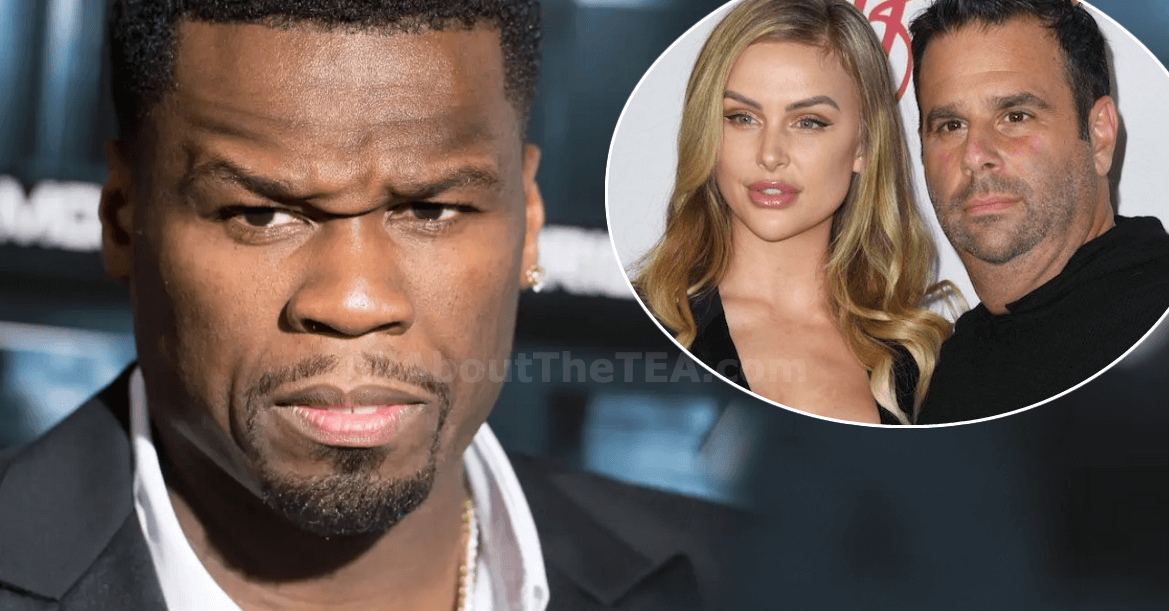 The social media war erupted when the rapper posted a clip of Randall Emmett’s fiancée, Lala Kent, bragging about how she received a Range Rover as a gift after her first s*x hookup with Emmett. In his post, 50 Cent called Lala a “hoe” and a gold digger. Press play below, 50’s caption read, “10 seconds left in the 4 quarter hoe’s are Winning. Do you want A range rover, ?yes, bitch yassss. Then just run out ?‍♀️?and suck a dick. LOL smh.”

50 Cent then lit the feud up by posting private text messages between him and Randall Emmett, who is an executive producer on his Starz show, “Power.” The rapper shared screenshots of their text exchange on Instagram. In a series of profanity-laced texts, 50 Cent called Randall Emmett a “loser” and asked him if his girl, Lala Kent knows about the $1 million he has owed the rapper for six years. He went on to warn Randall, “Keep playing with me and get ya f**king head cracked in front of everybody.”

Swipe below to read the text messages.

(SWIPE) A war between @50cent and Lala Kent's fiance, Randall Emmett, is heating up! 50 claims Randall owes him money and told US Weekly some unflattering things about him, so spare change is exposing it all on social media. Swipe ⬅️ to read more!! 👀 #lalakent #randallemmett #50cent #power #vanderpumprules #pumprules

Randall Emmett, 50, pleaded with 50 Cent to accept his apologies, but the rapper was not hearing none of it. 50 Cent  then posted a photo of Emmett taking a selfie at an awards ceremony red carpet with him in the background. In the caption, 50’s issued a stern warning, “Money by Monday, Randall.”

Immediately after posting the social media exchange above, Randall Emmett wired 50 Cent $250,000, but he still owes him $750,000. The rapper made it clear that he wants all of his money by Monday and if Emmett doesn’t have it he can “put his Rolls Royce on the truck to NY.”

Lala then shared the following video on her Instagram Story —  she compared the Queens rapper to the “Me Too Movement,” for posting her boasting about using sex to snag gifts/jobs from a rich man. Press play to watch below.

According to sources, 50 Cent went above and beyond to allow Randall Emmett to pay back the million dollar loan back. He extended his deadline, made the loan interest-free, and put him on projects like, “Power” so he could keep getting his money back. But Emmett failed to pay 50 Cent back by their agreed deadline — set for last week. And after Lala Kent’s disrespect, 50 Cent exploded on social media.

On Sunday, 50 Cent continued his relentless onslaught by clowning Randall Emmett for claiming he was having a heart attack as a result of 50’s social media attacks. In the following post, he wrote: “see You should have gave me my money. ?what the fuck is really going on LOL.”

The above post was followed by a photo of Randall Emmett, hooked up to heart monitors, in a doctor’s office. 50 Cent is unfazed by Emmett’s poor health and emphasized his earlier warning in his caption, “Your not gonna die before Monday @randallemmettfilms go ahead knock your self out. LOL.”

Bravo fans are on pins and needles waiting for Monday to arrive! Share your thoughts on 50 Cent, Lala Kent and Randall Emmett’s blowout feud. Sound off below!