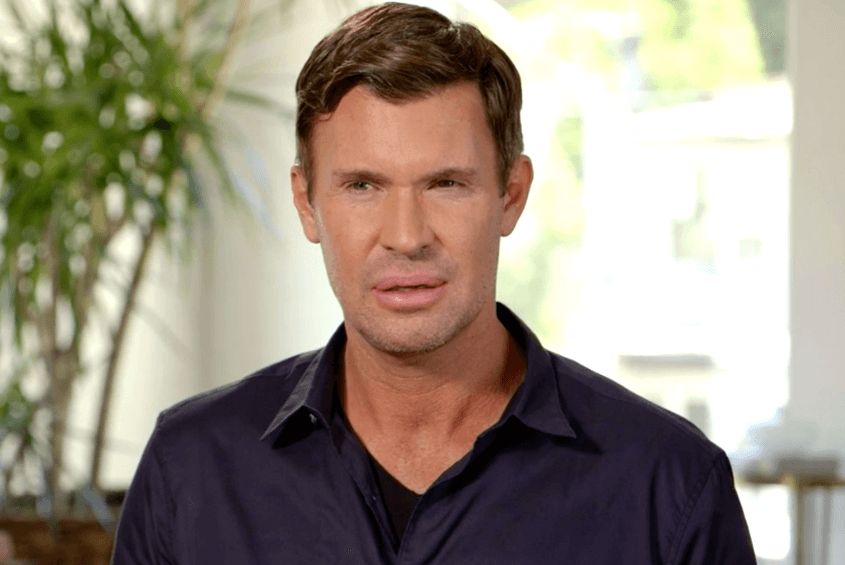 The Flipping Out star announced that he had been dumped by his new boyfriend after they went on three dates and got in an argument over something Lewis said on his show.

“I’ve got some bad news for everybody. The chiropractor dumped me last night,” Lewis said, according to PEOPLE. “I tried really hard to put that back together, but it just kept going on and on and on. But I apologized and I was accountable.”

Lewis explained that his suitor called things off after discovering the interior designer discussed their previous dates on his radio show — he said he felt “like the trust was broken.”

Lewis has previously dished about their second date, he said that the chiropractor asked that “anything romantic or sexual stays between us.” But after noting that the man doesn’t listen to Jeff Lewis Live, he shared some details of their dates.

“I want to be an accommodating guy,” Lewis said during the previous episode, explaining that he didn’t tell his date he wasn’t thrilled with the restaurant locale. “I don’t want him to know yet how high maintenance I really am. He needs to fall in love first before he realizes how I really am. We all do that. In three months, I will be real Jeff. But right now, I am fake Jeff.”

He also hinted about a “hypothetical” scenario in which he asked listeners how to handle a situation when “you’re hanging out and the dog keeps jumping up [on the bed].”

“This is where I have to be really careful,” Lewis said of discussing the incident on air. “This is a slippery slope for me and I have a boundary to respect.”

The Bravoleb said he did text the chiropractor a link to an article with his on-air comments, writing, “Interesting article.” As a result, the two argued via text for over 24 hours.

“He kept saying I was upset and I feel like the trust was broken,” Lewis said Friday. “He was like, ‘You should have just gone over these issues with me even before you talked about me on the radio.’ But I was thinking about that last night. If I’m talking about it before I talk about it on the radio, it feels like a dress rehearsal to me. I want to just be here and be present and talk about what’s on my mind without rehearsing it.”

He added, “That’s the other thing, if we’re fighting for 24 hours about me not liking the restaurant and the dog jumping on the bed, this is nothing.”

He said that despite the argument, he was ready for a fourth date, but got upset when his romantic interest allegedly texted him to say, “We will not be going to my apartment after. I’m just making that clear.”

Lewis implied that the behavior reminded him of his past relationship with Gage Edward, who he dated for 10 years before announcing the breakup this January.

“So he’s withholding sex. Is that what’s happening?” Lewis said. “Because I went through that for ten years and I don’t wanna do that anymore. Where somebody gets mad at me and they don’t wanna hook up, so they go into the guest room. I don’t wanna do it. And then they’re mad for like three days.”

“I got dumped,” Lewis continued. “But what are you gonna do?”