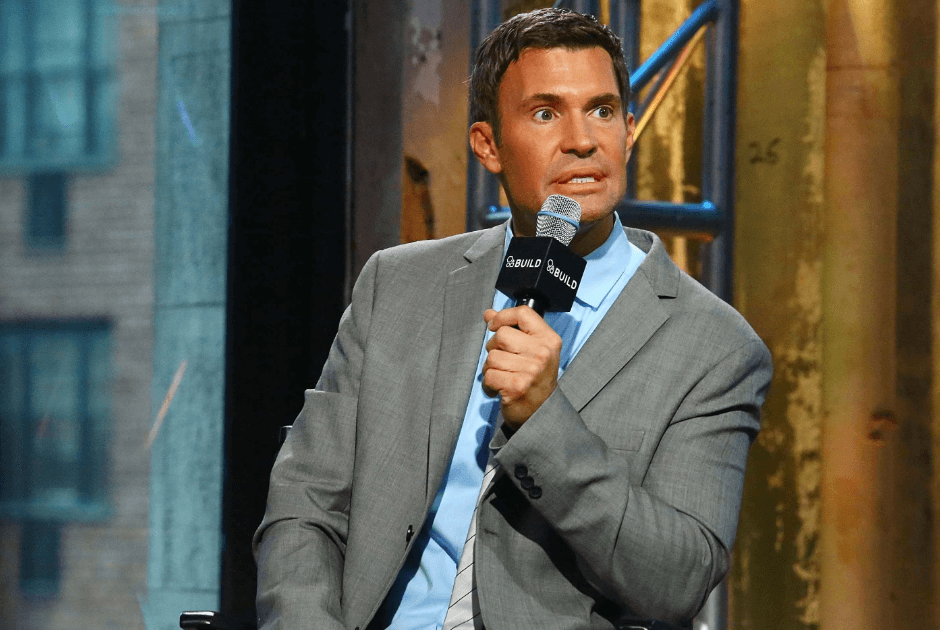 Jeff Lewis and Gage Edward’s split has turned ugly and Gage is now threatening to hire a lawyer!

During Thursday’s episode of Lewis’s SiriusXM radio show, the interior designer told his audience that his ex life partner told him he was considering legal action over Jeff’s behavior.

The former couple were together for 10 years and share two-year-old daughter, Monroe.

In early February, the Flipping Out star revealed to his listeners that Gage went on a date with a man (he also knows) at celebrity hot spot Mastro’s Steakhouse in Beverly Hills. Jeff believes the restaurant choice was intentional.

“I asked him — he started therapy on Wednesday — and I asked him, ‘Well, what does your therapist think about your date?’ And the therapist said that it’s good for him to information gather,” Jeff said. “What I wonder is if he was honest with the therapist and explained the history with this person, because I know who this person is.”

“I will not say his name, but I think just for today, we’re gonna call him Homewrecker,” he said, explaining that he believes “Homewrecker” has been in the picture long before Saturday night.

“I woke up this morning and I just said, ‘I don’t want this at all,’” Lewis continued on the radio show. “I didn’t want any of this. I didn’t want the breakup. I didn’t want him to leave the business. I didn’t want joint custody.” (Lewis confirmed that he and Edward are still working together at his company Jeff Lewis Design, but said they have discussed Edward pursuing other business ventures within the next 3 to 4 months.)

The radio host also dished about a nasty texting argument, in which Jeff claims he accidentally sent Gage a critical message about his “home-wrecker boyfriend.” Jeff read his profanity-laced tirade on the air.

“F— you, you motherf—er. You’re projecting your guilt on to me,” Jeff says he texted Gage. “You left your family. And now I’m here raising this child aside from the f—g ten hours a week you spend with her. I am 100 percent raising this child.”

“I am also working my a— off to completely pay every single expense associated with Monroe,” Lewis continued. “So while I work my a— off, you’re paying $5,000 a month for your sexy bachelor pad — one bedroom, by the way — in your full-service building with valet, doorman, rooftop pool and bar. And then you’re also taking your home-wrecking trick to $400 dinners at Mastro’s, while I’m paying for diapers, water, wipes, baby lotion, groceries, dance classes, nannies… so you know what? I disagree. I think I step it up as a dad. So f— off.”

Jeff Lewis said that during that argument, Edward accused him of “harassment” and making “malicious comments” that continue “to show you have a full intent to destroy my character.”

He went on to claim that Gage criticized his parenting, texting him a message that read: “‘We need to step it up as dads and I know you realize this.”

On Thursday, Lewis said he realized that was a “misstep.”

“I did go off and I was very disrespectful to Gage and I felt very bad about it,” Lewis said on Thursday. “I did call him and apologize. I was in one of those places where I was scared and in pain and hurt. I lashed out. So much s— is said about me and I don’t care, but when you start to say anything about my child or you criticize me as a father — even if you don’t mean it — I immediately get so defensive and emotional.

“I attacked and I shouldn’t have done that. I can feel bad about it,” he continued. “It’s not something I’m proud of, nor do I want to continue in the future.”

Jeff then went on to say that he wants his breakup to be a “very healthy, conscious uncoupling.”

He continued: “I don’t want to be your friend,” Lewis recalls he told Edward in that February episode of his radio show. “I don’t want to hang out with you. I don’t want to pretend like we’re some happy family anymore and go to breakfast or frozen yogurt together. I want to spend time with Monroe independent of you.”

On Thursday, the reality star seemingly changed his tune on some of those boundaries.

“I’m going to push past my pain for [Monroe]. You have access to her whenever you want. If you want to stay and put her down, that’s fine,” Lewis said on his show, addressing Edward. “I’ll deal with that.”

“What was happening is, I would see him sitting there laying next to her on the floor — on her pillow — and it was making me sad,” Lewis continued. “It was reminding me of the family that I had. It was a lot . . . it just reminded [me] of what we once had. It’s hard.”