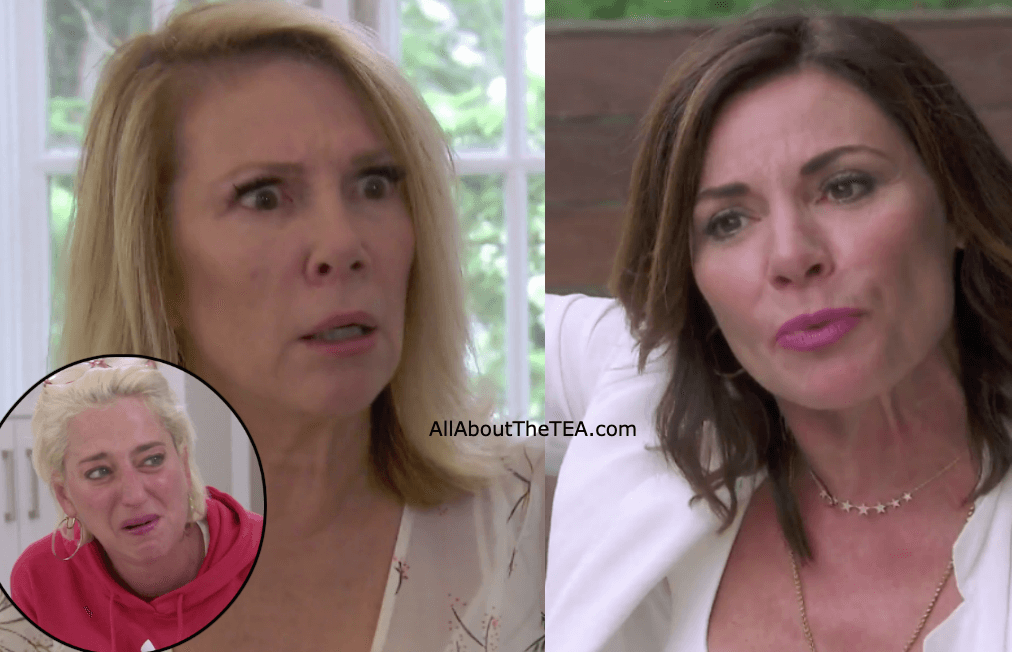 Drama will blow across the Big Apple when the Real Housewives of New York City returns tonight.

Season 11 kicks off with Luann de Lesseps and Dorinda Medley’s rift from last season in full effect and it’s on!

In the clip below, Luann is in the Hamptons lunching with her allies, Bethenny Frankel and new Housewife, Barbara Kavovit.

Luann shares that Dorinda has not reached out to her after mocking her drunken Palm Beach arrest, and heckling her during a cabaret show.

“You think Dorinda tries to reach out to me and say hey Lu, let’s get together? She’s in the Hamptons.” Luann tells Bethenny and Barbara.

“So do you but it’s your town.” Bethenny chimes in.

“She doesn’t live here, she lives in the Bershires.” Luann continues. “She’s here, she’s staying with Ramona and doesn’t reach out and say hey Lu, I would like to see you.”

Across town at Ramona Singer’s house, Dorinda shares her side of the beef with the Countess. She’s lodging at Ramona’s house for the weekend and tells Singer that she hasn’t spoken to Luann in 7 months.

“Don’t cry. No, she can’t help herself. She’s not in a good place.” Ramona tells Dorinda.

Watch the drama unfold below.

During the Season 10 trip to Colombia, a newly sober Luann questioned Dorinda’s drinking that led Dorinda blast Luann over her drunken arrest. Then tiff continued into the finale where Dorinda heckled Luann during her cabaret act.