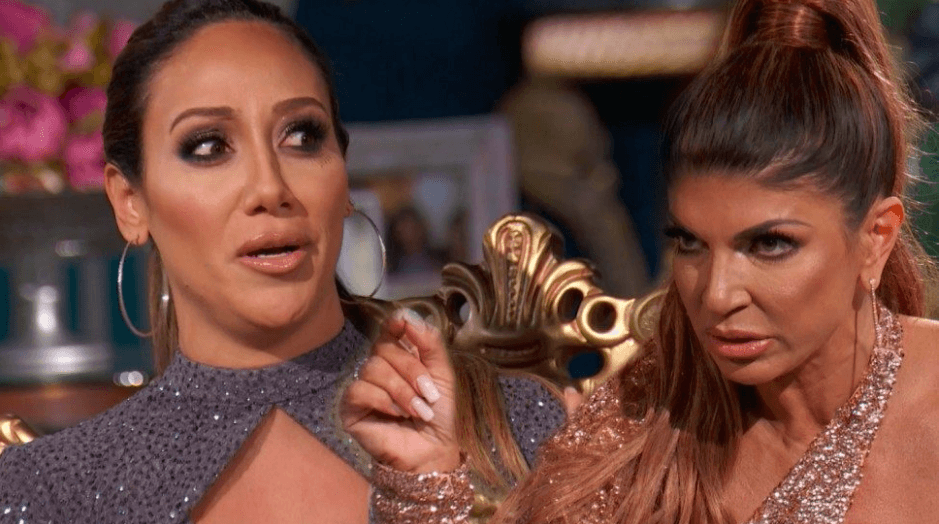 Teresa Giudice and Melissa Gorga drag each other on part two of The Real Housewives of New Jersey reunion Wednesday night.

In the clip below, the sister-in-laws get into a shouting match over not having each others back during the season.

“When Jackie went against me…instead of you sticking up for me.” Teresa tells Melissa before she’s cut off by her sister-in-law.

“When Dolores went against me…instead of sticking up for me.” Melissa responds before Teresa interrupts with, “Dolores has been around for 20 years.”

Margaret Josephs chimes in to remind Melissa that Jennifer Ayden tried to cut her with a glass in Cabo and Teresa didn’t stick up for her.

Teresa, 46, then lets Melissa know that she doesn’t like that she bonded so quickly with cast newcomer, Jackie Goldschneider.

“This one been here 5 minutes and you’re buddy-buddy with her!” Teresa snaps back.

Both Dolores Catania and Teresa agree that Melissa is on a “control kick.”

Press play to watch the drama unfold below:

Tune into The Real Housewives of New Jersey Wednesday night, at 9:00 p.m. ET, on Bravo.