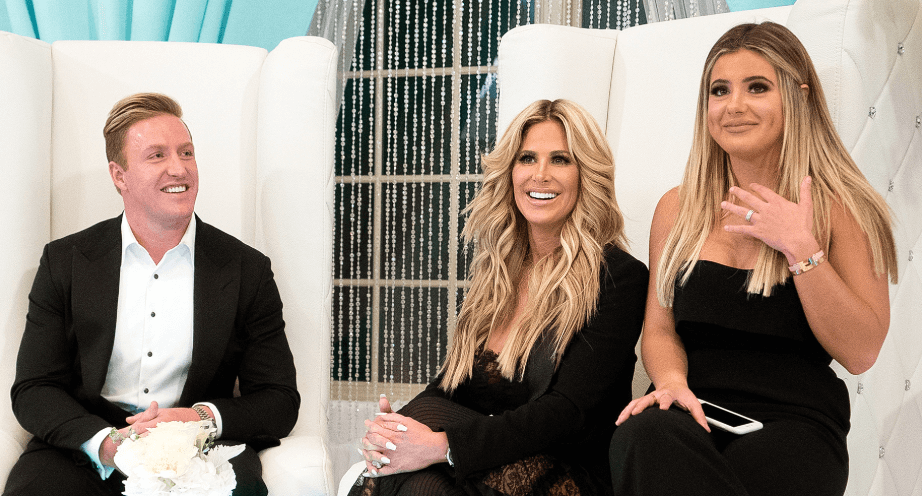 On the Season 7 premiere of Don’t Be Tardy, Brielle Biermann admitted that her stepfather, Kroy Biermann, walked in on her while she was engaged in sex with one of her former boyfriends.

The 21-year-old was seemingly humiliated the scene made it on the air, but her mother, Kim Zolciak, was nonchalant about the incident.

“Brielle’s an adult,” Kim Zolciak, 40, told TooFab. “[Kroy] was unaware that she was around, so it was a sheer accident. It was a very lighthearted situation that happened; although, he will kind of bust her chops here and there about it.”

Brielle recalls that Kroy, 33, told her, “‘I don’t give a f*ck what you do, just not in my house,’” however, she also said Kroy later joked about it “for the first month.”

The reality star added that when the incident occurred, she was under strict household rules and had a 6 p.m. curfew.

“I get out of school at 4, which means I can go to Chick-fil-A and come home,” Brielle said, adding that Kroy had another yet reason to be upset. “My birthday was a few weeks later, and he had just ordered my Jeep that morning. After my mom told me, she was like, ‘He could’ve f–king killed you! He was so pissed.’”

Brielle would not identify then-boyfriend, Michael Kopech, as the guy she was hooking up with, but said, “I’m sure you can figure it out.”

Share your thoughts on Brielle and Kroy Biermann’s awkward encounter in the comments below!