“Why didn’t you have Teresa’s back when Jackie [Goldschneider] brought up Joe being in prison. You had to have known it would hurt Teresa?” a fan asked.

“How can I have someone’s back who is trying to prove a point about me?” Melissa shot back. Teresa chimed in —  “I wasn’t saying anything bad…”

“Yeah, you were,” Melissa interrupted. “Once again, I was getting the blame for the relationship between your brother and your father. She was backing up my argument with you.”

“I didn’t want her saying s**t about my husband!” Teresa said. Jackie fired back —  “I didn’t say anything about your husband!”

“Here’s the bottom line, and I think it’s the problem that Jackie and I have: people get very threatened by people who can think and reason rationally,” Melissa declared. 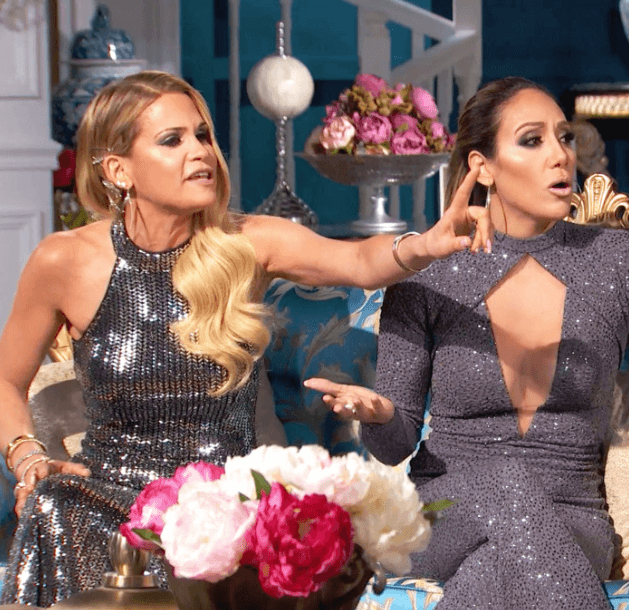 Teresa popped off, screeching, “Oh, and I can’t think rationally?!”

“No s**t!” Melissa snapped at Dolores. “So, that’s right, Dolores? That’s right? How she’s treating her family. You’re losing your mind! She’s the one who claims, ‘I love my family. I love family.’ And then she f**king goes BOOM as soon as you stick next to her? Bulls**t. Bulls**t. You want family, you treat me with respect or you get no family.”

Jackie delivered a jab, commenting — “But the world revolves around her…”  — and Teresa saw red.

Team Teresa Giudice or Team Melissa Gorga? Let us know what you think!

Watch Part 2 of the Real Housewives of New Jersey reunion, Wednesday at 9 pm, ET, on Bravo.