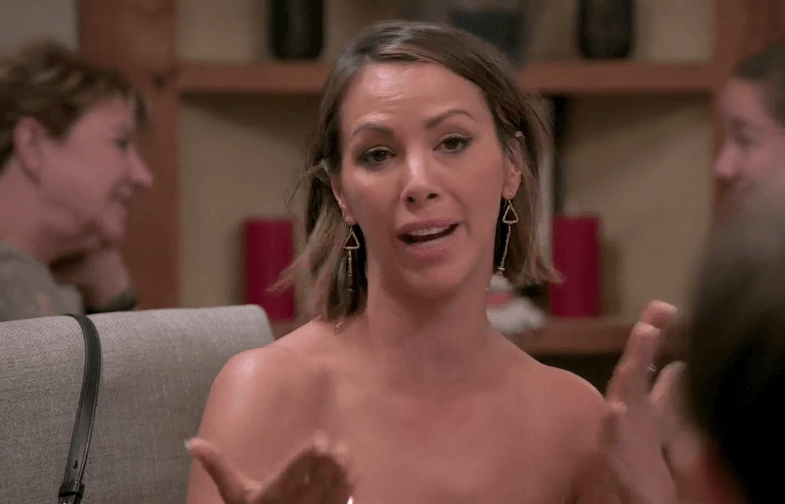 Welcome Back to Vanderpump Rules – Krazy Kristen is in the house! But that fun is for later, first we begin with James Kennedy crying . After brother Harry’s interview at SUR, James pledges to continue on his path of sobriety. He then tells Harry he’s going to take him shopping for the black jeans and proper work shoes he needs. I mean, why not. Their mom would just tell James to pay for it anyway. 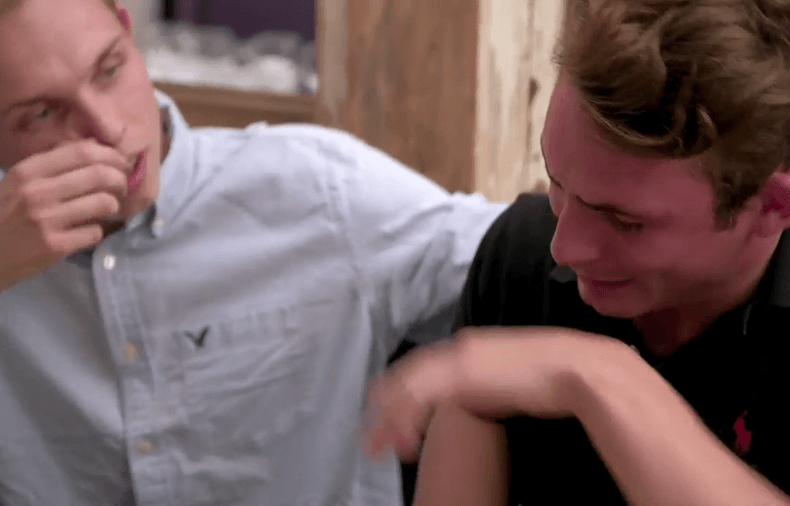 Next up we join Jax Taylor and Peter as they discuss the hiring of Harry and how James is working at Pump and Club TomTom even though he was fired from SUR. Jax doesn’t understand why Lisa Vanderpump keeps hiring James back, said the guy who Lisa keeps hiring back. Jax tells Peter to come to their hotel staycation party and promises there will be girls there even though that’s not what he told Brittany. 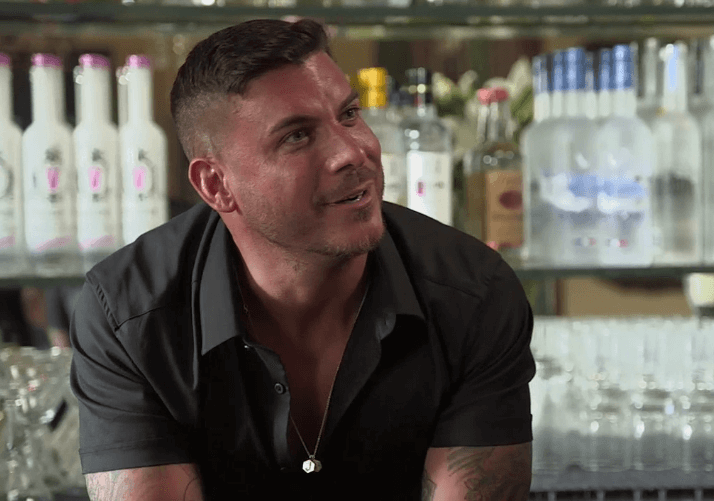 Back in Solvang, the Kristen Kracks are forming as she eats plants, insults the bartenders, and mumbles about James. The girls stop at a toy store to buy gifts for their loved ones. Stassi Schroeder is thrilled to be with a normal guy for once and wants to buy him a toy – a real toy – not an adult toy. Scheana tells Lala at first she felt weird being here, but now feels less weird. The other girls tease Kristen Doute about non-spilling wine glasses. 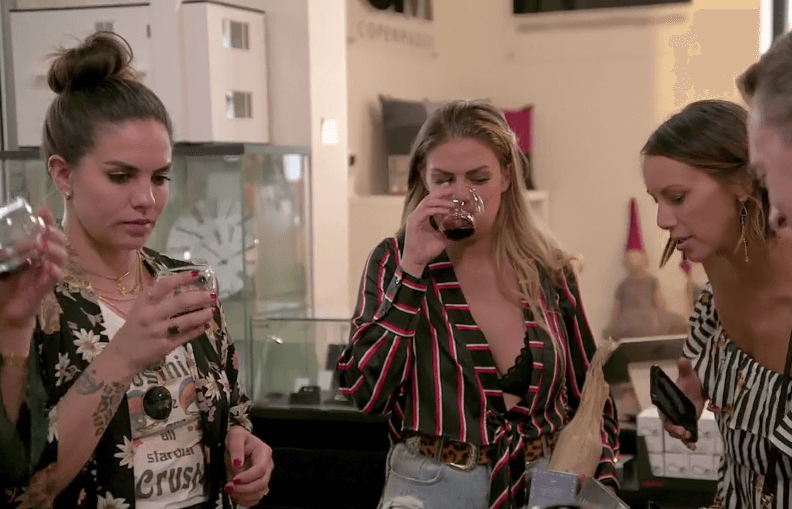 Back in Hollywood, Lisa arrives at Club TomTom to ready the place for the health inspector. The Toms bring out the iron lung – shock freeze machine that Lisa doesn’t want now because it doesn’t fit with the décor. They discuss a big opening party. Lisa wants a seated dinner for 100. Something classy with great music and sexier than a sex shop. The Toms inform Lisa of their staycation party and ask what the worst thing is that could possibly happen. That’s like saying you’re king of the world while on a cruise ship. Hello iceberg! 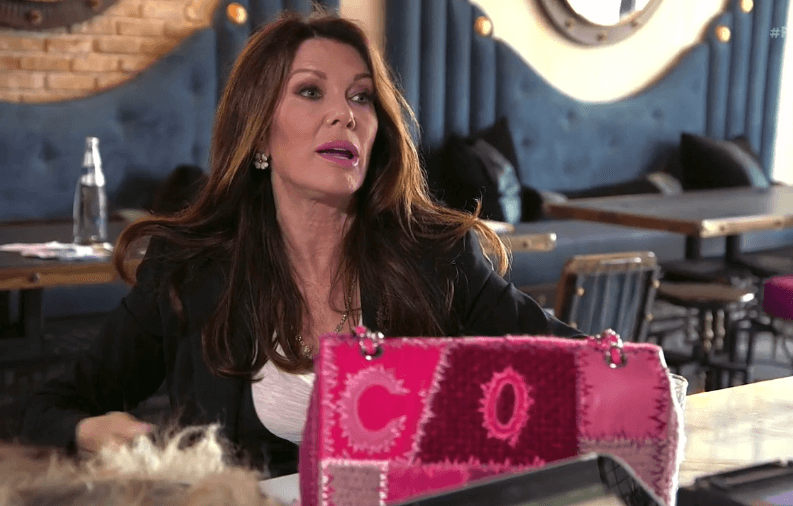 Brittany Cartwright calls Jax to check in. She says she’s not trying to be his mom and yet she wants to know where he’s going and what time he’ll be home. Brittany is worried because this is their first time to be partying apart since their breakup. Girl, pay attention to this feeling. You will likely be feeling it your entire marriage. Meanwhile, the cracks in Krazy Kristen are becoming canyons after she learns James has been given yet another chance with Lisa, and she hasn’t. Kristen tells Stassi that Lisa can “suck her dick” and she’s “over it” about 10 times. Clearly she’s not. Kristen storms out and the girls are officially over her. 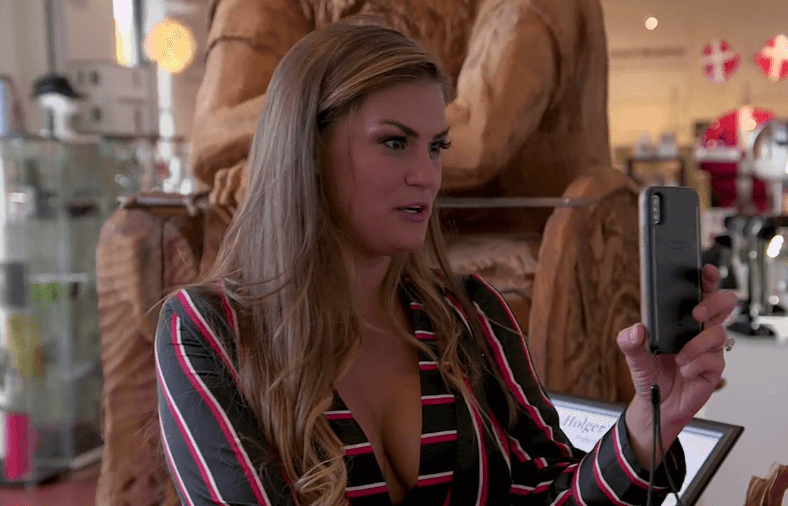 They go to dinner, but Kristen isn’t with them. After they gossip behind her back, the cat then drags in Kristen. She is asked why James working at Pump bothers her so much. Kristen says James is a bad person. She is encouraged to move on because James is not worth it. Kristen says she needs tons of therapy can’t get over the injustice of it all.

Back at SUR, Peter is teaching Harry how to clear used cocktail glasses. They are slammed because everyone has the night off. Lisa tells Harry his brother wasn’t very good and bussing tables, but Peter informs Lisa that Harry has already surpassed James. Yay! That college degree has already paid off.

Over at SkyBar, the guys are ready to party. Let the shots begin! They laugh as they wonder who’s having the first meltdown of the girls, which is a sucker’s bet because everyone knows it’s Kristen. Jax announces he feels bad James wasn’t invited because he’s like the runt-of-the-litter puppy. Sandoval sends a text to James inviting him to the party. 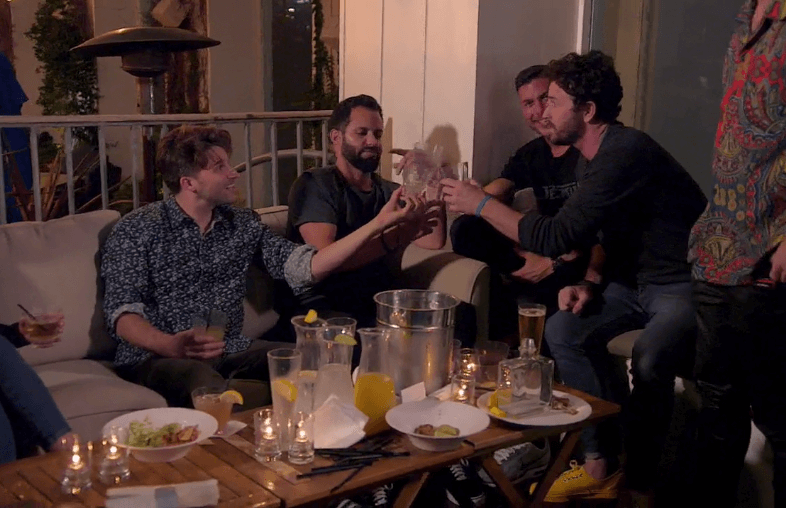 Back at Solvang, the girls are also doing shots. Katie asks Scheana if it’s true that she and Adam went to pound-town. Instead telling Katie it’s none of her fucking business, Scheana coyly says suggests they are just friends. Katie tells Scheana that life is so much better without her in it and their friendship was fake and forced. Damn! Meltdown number two? But then Katie asks for an opportunity to become reacquainted with Scheana and talk shit about her. 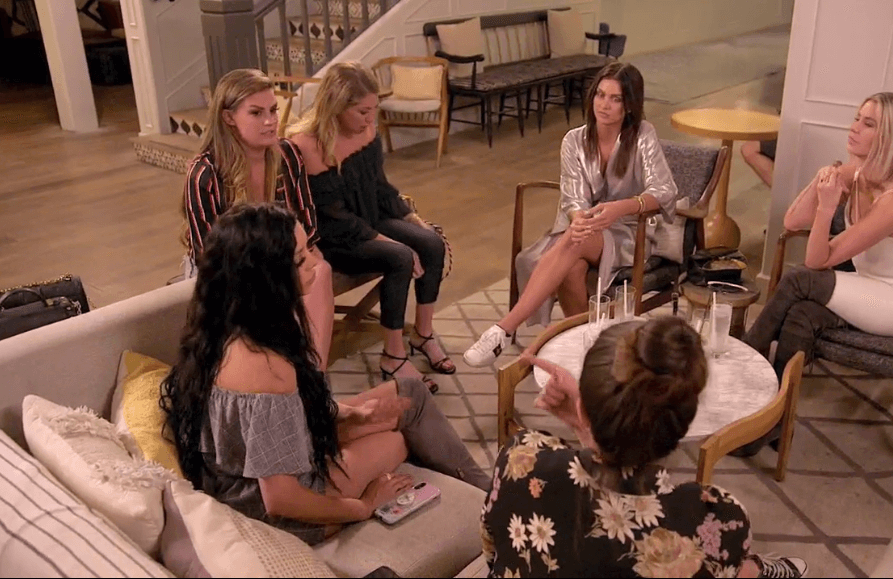 Peter has arrived at SkyBar and wants titties in his face. James also arrives and so far hasn’t started crying or drinking, but the night is young. Peter, Sandoval and James are wing-manning downstairs to locate the chicks and bring them back up. Jax is sweating like a “reformed junkie in a crackhouse” and wants to call his sponsor Brittany. They move the party from the hotel roof to the hotel room. 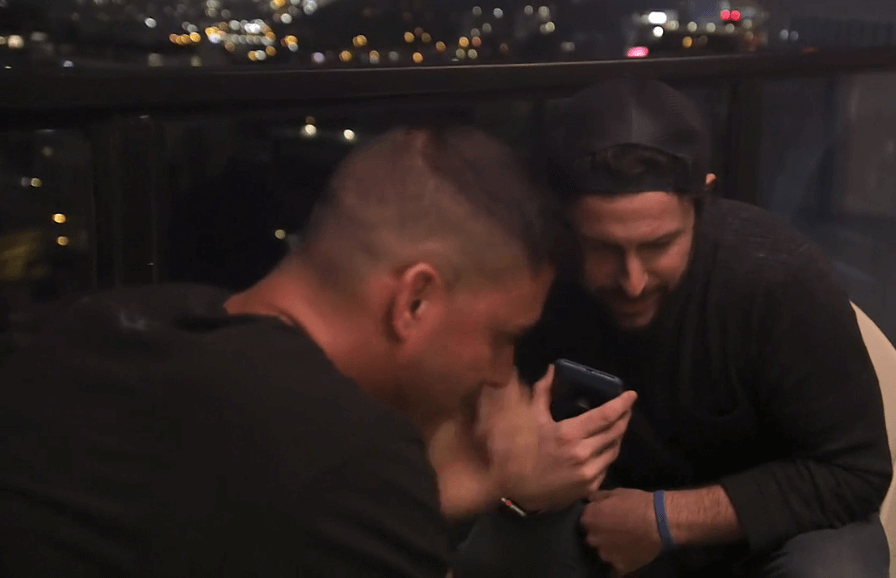 Peter has three new friends all vying for his attention. Sandoval breaks out his traveling bar and whips up Moscow Mules. Everyone starts dancing, except Jax. He’s still bugging out. And Schwartz has one rule for himself – don’t black out. We’ll see if he can do it. Carter texts Kristen and tells her James is there. Meanwhile, Peter and one of the girls slip away into the bathroom. Carter and Jax reach out to Stassi and throw Peter under the bus for the girls being in the room. Stassi and Brittany tell them to put the ho’s on the phone and they’ll kick them out. Jax isn’t sure calling them was the smart thing to do.

Back in Solvang, the girls are babysitting Kristen. The phrase, “Kristen sit down” is repeated non-stop as everyone tries to understand why she’s about to jump from the ledge. Kristen walks outside and Lala brings her back in. Then Kristen falls down. She is told to go to bed so Kristen leaves again. 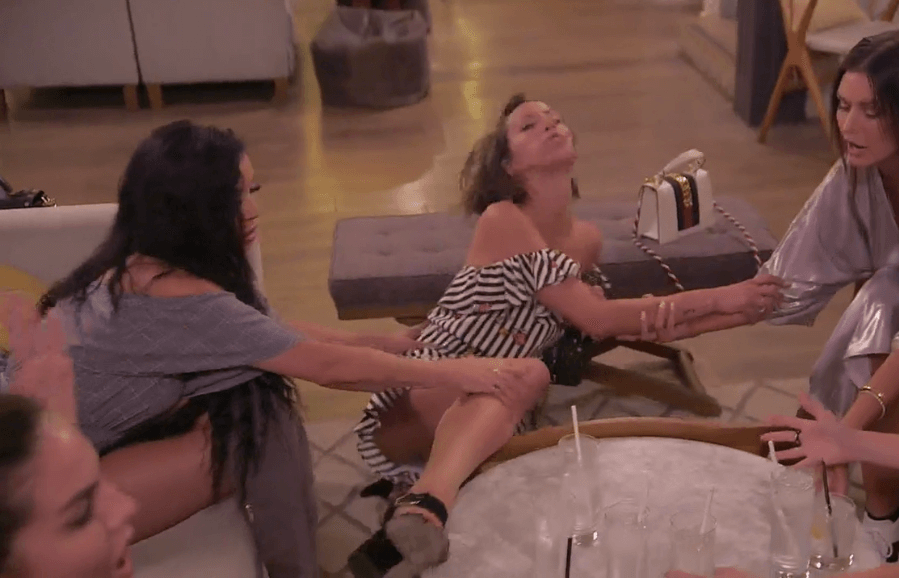 Katie calls Schwartz and learns he is not having fun at all, poor thing, then hands the phone to Carter so he can spray a champagne. Katie asks Carter what he texted Kristen that got her so upset. Carter won’t answer and says he’ll deal with it later. The girls deduce that Carter is not good for Kristen. Flashbacks are shown of Kristen’s non-stop complaining about him. Stassi confesses to the girls that Carter literally does nothing, and won’t pay for rent or go to counseling. Stassi says it’s not James who Kristen is angry with, it’s her dead-beat boyfriend.

Tune in next week as Kristen and Lala admit the men in their lives are not working out.