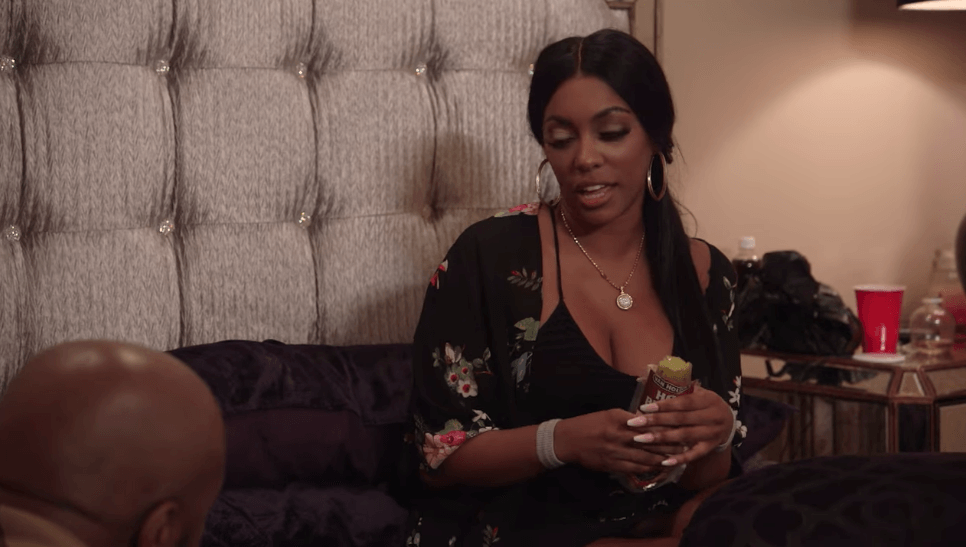 Porsha Williams’ fiance, Dennis McKinley, has been labeled a notorious playboy this season and on tonight’s all-new episode of The Real Housewives of Atlanta he gets confronted by his pregnant fiance over his exes.

In the clip below from tonight’s episode, Porsha tells Dennis that she visited a therapist to discuss communication and trust issues that exist within their relationship. She’s concerned that Dennis has not cut off communication with his ex.

Was Dennis McKinley still talking to other women while he was with Porsha Williams? Sound off in the comments

Tune into The Real Housewives of Atlanta Sunday nights, at 8:00 p.m. EST, on Bravo.

Comments
Shamari DeVoe and Marlo Hampton Get Into Twitter Blowout After ‘Watch What Happens Live’ Shade!
Cancer-Stricken Gregg Leakes Apologizes to NeNe Leakes For Being Mean Amid His Medical Crisis!
To Top