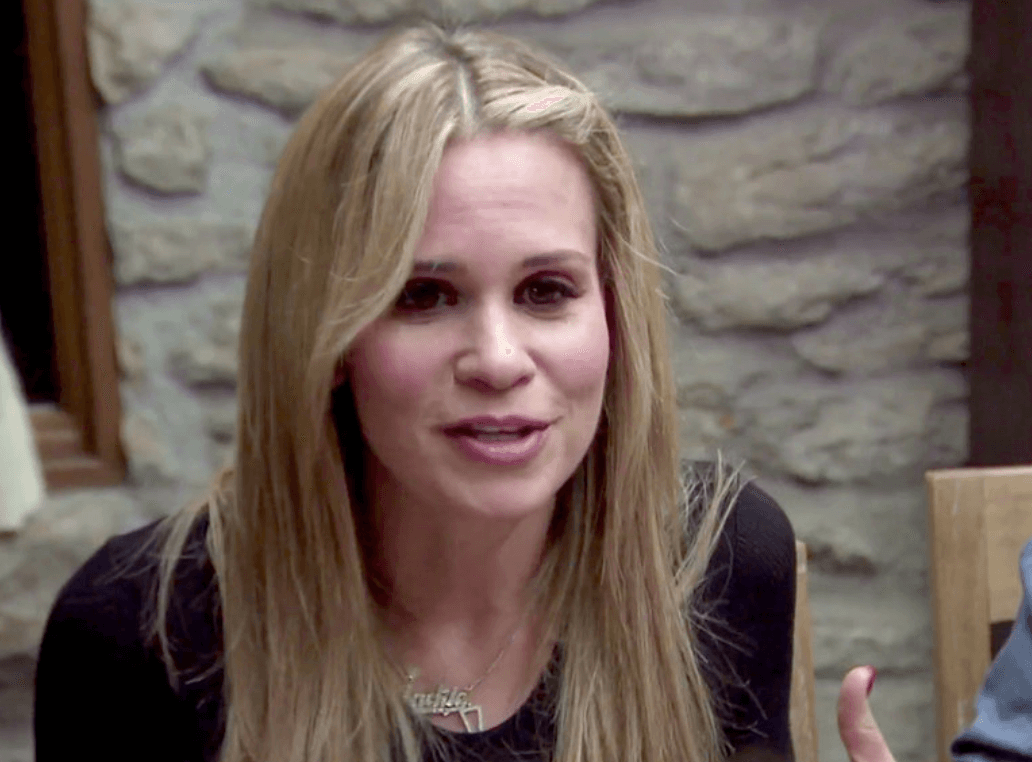 Jackie Goldschneider had some choice words to say about her Real Housewives of New Jersey rookie season, during a Tuesday appearance on The Domenick Nati Show.

Jackie was asked if she would consider fixing up a male friend with her newly single co-star, Danielle Staub.

“If I wanted to punish them for something maybe,” Jackie snarked. “if I secretly hated them!”

Jackie described Danielle as “unpredictable” and added that she “runs her mouth and makes things up.”

Jackie revealed that she’s been spanked on social media, for daring to step out of line with the star of the show, Teresa Giudice.

“I took a beating on social media this week” Jackie said, revealing that she had been viciously bashed by viewers. “People can be very cruel.”

Jackie basically is the NJ version of Gina from the OC..#RHONJ holy ugly duckling with these throwbacks of jackie and melissa this episode.

Fans know that Jackie made a remark about Teresa’s imprisoned husband, Joe Giudice, on camera — ruffling the reality star’s feathers.

Jackie took a shot at Real Housewives of Orange County vet, Shannon Beador, when asked which Housewife she would love to avoid.

“I don’t think she [Shannon] seems that open to new friendships or getting to know new girls,” Jackie said, adding that she sees Shannon as judgmental, and low on the fun meter.