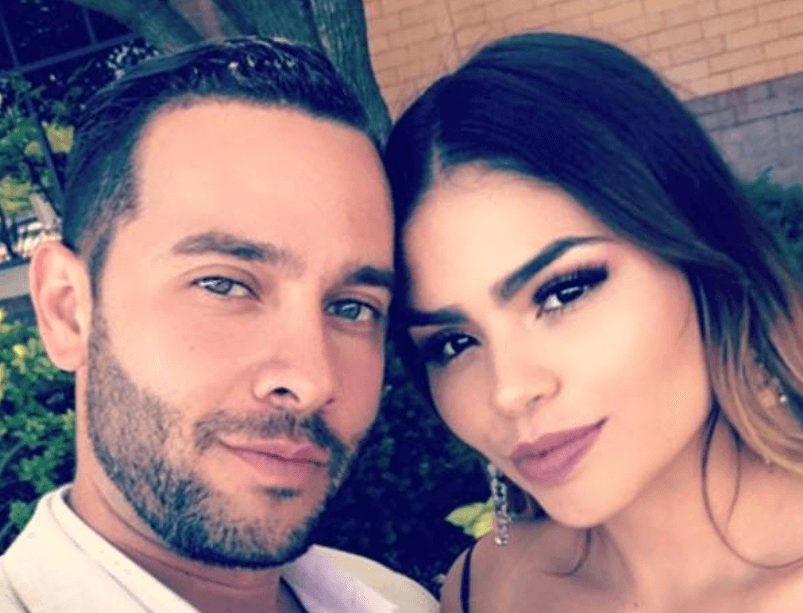 It appears that 90 Day Fiance couple, Jonathan Rivera and Fernanda Flores, have hit the skids.

The sleepy Season 6 couple seemingly confirmed their split over the holidays, after social media revealed a divided New Year’s Eve.

“Bring in the New Year with this special lady!” Jonathan captioned a happy mother/son Instagram photo. “Wishing all my friends, familia and supporters and abundance of love, health, wealth and success in 2019!”

Bring in the New Year with this special lady! Wishing all my friends, familia and supporters an abundance of love, health, wealth and success in 2019! ??2️⃣0️⃣1️⃣9️⃣ #family #love #health #wealth #success #newyearseve #2019 #familyfirst

Jonathan, 32, returned to the platform to address breakup rumors, after fan chatter took off.

“No she’s in Houston. She wanted to pursue a modeling career in Chicago. Decided to leave and realized she couldn’t do it on her own,” Jonathan‘s reported comment said. “She said MANY things you can’t take back that I won’t mention, you’ll have to trust me when I tell you, good luck.”

“Well everything we had was real,” Jonathan wrote in a separate captured comment. “Eventually she hated where we lived. I tried many time to give her everything she ever wanted but it wasn’t enough. She decided to leave..left me on the airplane in Chicago amongst many other things. I decided to spend the rest of the time with my family. When she realized her lifestyle was going to be different she wanted to apologize and asked me to forgive her. I haven’t.”

Fernanda, 19, caught wind of Jonathan’s revealing comments — but refused to tell her side of the story, during her own Instagram Live chat.

“I don’t want to talk about anything about Jonathan again, please don’t ask questions about him,” she said. “He’s talking a lot, he can say whatever he wants. I’m not gonna talk about it until I’m ready, and today, right now, is not the moment.”

A source dished to E! News about the rocky relationship — and clarified that it  remains unclear if the reality split will stick.

“Right now it’s hard to tell if the split will be permanent. They are in touch and communicating. And they are legally married,” the insider reported. “No one has made a move to do anything official like file for separation or divorce. It’s definitely a wait and see situation. Both of them have been having a really hard time. Fernanda, especially, because she is so young. She’s been going back and forth between Chicago and Houston, where she has some family, for support.”

Watch Jonathan Rivera and Fernanda Flores rehash their romance on the 90 Day Fiance Tell All Special — Sunday night at 8 pm, ET, on TLC.