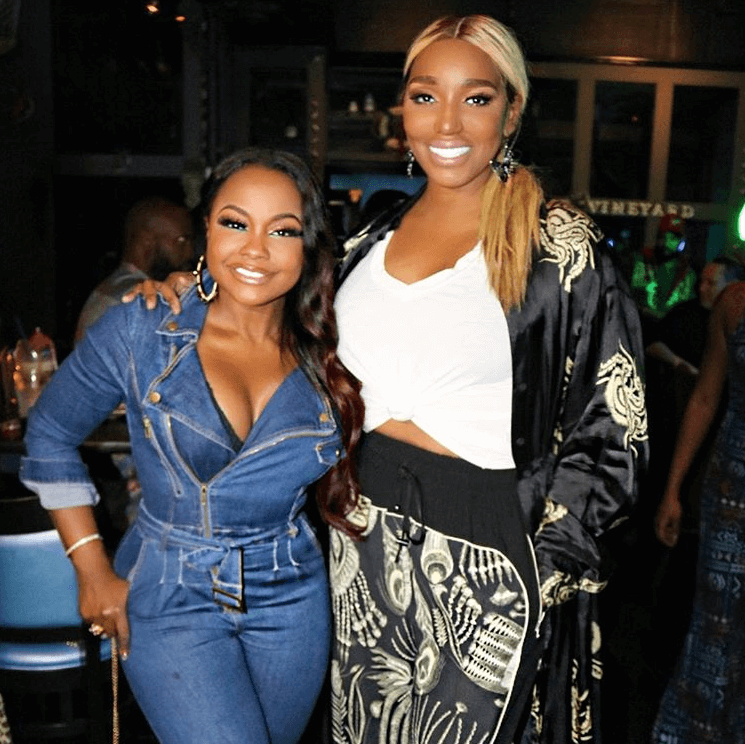 Jesus Fixed It! NeNe Leakes confirmed a Phaedra Parks comeback might be happening.

On Friday, The Real Housewives of Atlanta? star celebrated her 51st birthday at blowout bash with many friends. And Phaedra Parks was on hand to help NeNe turn up.

NeNe made sure her 2.8 million followers knew that the lawyer was in the house and she wants her back on the Bravo reality series. Press play below to watch.

#PressPlay Phaedra Parks partied with NeNe Leakes last night at one of many birthday celebrations for NeNe. Marlo Hampton and Cynthia Bailey were also in attendance. Who wants Phaedra back on The Real Housewives of Atlanta? #phaedraparks #neneleakes #marlohampton #cynthiabailey #rhoa #realhousewivesofatlanta #rhoatl

The lawyer/mortician hasn’t been part of the show since her controversial exit after season 9 but has since formed a bond with NeNe.

The two posed for a pic that NeNe captioned,”I gotta lot of gifts but this 1 takes the cake,” NeNe wrote along with hashtags like #comeonbackp and #fixitjesus.

The former Real Housewives of Atlanta? star appeared on the Bravo reality series for seven seasons, before sealing her fate by spreading a megawatt lie about Kandi Burruss-Tucker.

NeNe Leakes took great offense to Phaedra’s actions and blasted the Atlanta attorney during a Watch What Happens Live appearance in April 2017.

NeNe returned to The Real Housewives of Atlanta in season 10 after a two season hiatus. Upon NeNe’s return — she called out Phaedra’s cohort, Porsha Williams, for their roles in spreading the false rumors about Kandi Burruss.

NeNe stood tall with Kandi, however, the restauranteur did not return the same gratitude when she cozied up to NeNe’s enemy, Kenya Moore — a blatant act of betrayal.

Are you ready for Phaedra Parks and NeNe Leakes to join forces on The Real Housewives of Atlanta? Sound off in the comments!