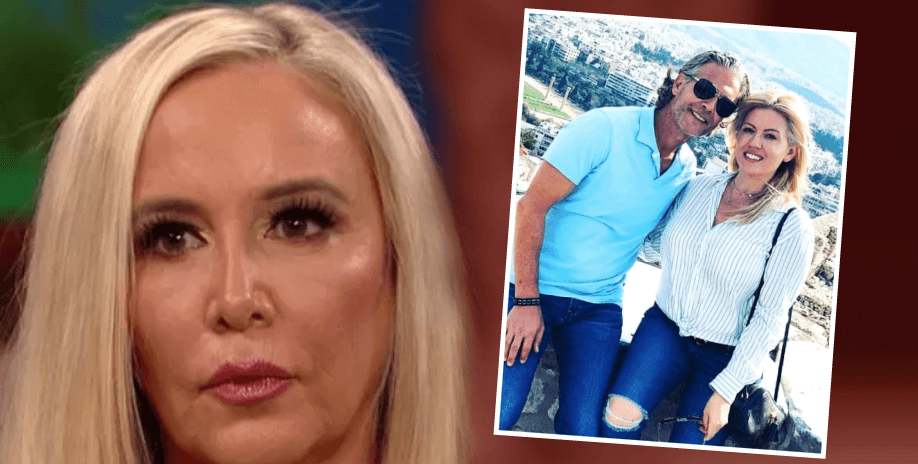 Shannon Beador is being accused of lying during the third part of The Real Housewives of Orange County reunion.

“Shannon’s had several very close encounters with Lesley, and she knows it,” the source dished.

“Aside from running into her while shopping, Shannon also recently attended a USC football game — and David and Lesley were also there.”

“Although she did not walk up and say hello, Shannon could not take her eyes off David and Lesley. She must have walked circles around them 10 times!”

The source (who ironically sounds like Lesley Cook), also shared that the Beador daughters — Sophie, 16, and twins Stella and Adeline, 13 — like their dad’s girlfriend and her two children.

“Although Shannon’s daughters love their mom and want what is best for her, they also feel the same about their father,” the insider said.

“They think it is wonderful to see their father happy because he deserves that. They do not take sides but they are also not fake with their feelings. The girls are very fond of Lesley and her kids.”

David Beador and his paramour have been dating approximately one year and live together with her kids.

During The Real Housewives of Orange County season 13 reunion — Shannon blamed David for emotional scars revealing an alleged pattern of emotional abuse in their 17-year marriage.

Shannon and David Beador’s divorce is still pending but he’s already moved his girlfriend, Lesley Cook, into a 6-bedroom mansion, in a gated community.

Share your thoughts on the source’s assertion that Shannon Beador is aquatinted with David’s girlfriend. Sound off in the comments!