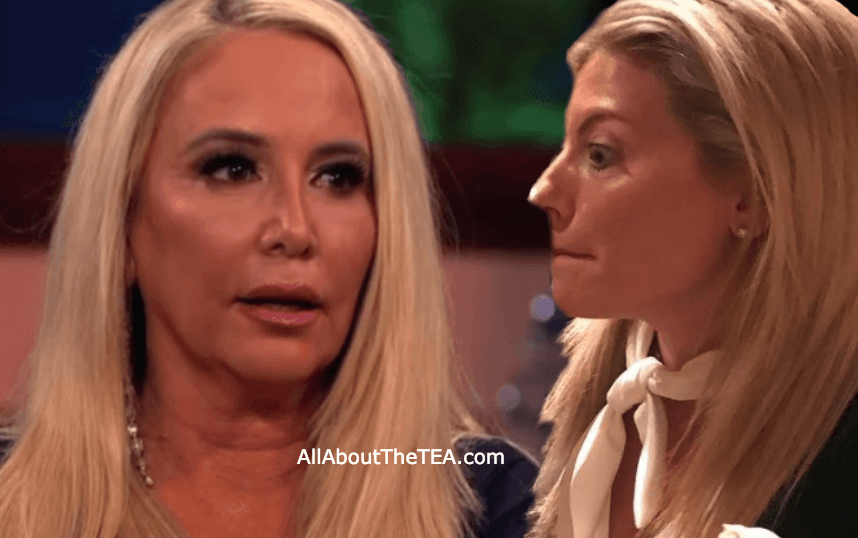 Shannon Beador pointed an accusatory finger at her ex, David Beador, during the Real Housewives of Orange County reunion — and David’s current squeeze just isn’t having it.

Shannon blamed David for exposed emotional scars during an exchange with Tamra Judge, revealing an alleged pattern of emotional abuse within her seventeen year marriage. Shannon was intensely triggered by the cast questioning her mental health and a possible dependence on alcohol — supposedly parroting David’s past jabs during their relationship.

David’s live-in girlfriend, Lesley Ann Cook, spoke out after the episode, defending her still-hitched beau via an Instagram post.

“Hate to go here but I am….. My kids & I have been shown nothing but love by David for almost a year.” Lesley’s rant began.

“The man is so crazy kind and loving. He works his a^* off and does everything he can to provide and take care of everyone in his family.. he doesn’t deserve to be bashed on national television over and over again.” David’s girlfriend continued.

Lesley seemingly scolds Shannon for placing the former couple’s three daughters (Sophie, 16, and twins Stella and Adeline, 14) —  in the middle of her bitter divorce battle with David.

“Every single one of us deserves peace & happiness in this very short life. Children are involved and I couldn’t imagine bashing my children’s father ever. My ex and I have our differences but after all he is and always will be their father. Time to put egos to the side and move forward for everyone. Children need a mom & dad. They shouldn’t have to pick sides or be put in the middle of adult conflict. #kidsfirst #onelife #peace #happiness #rhoc.” 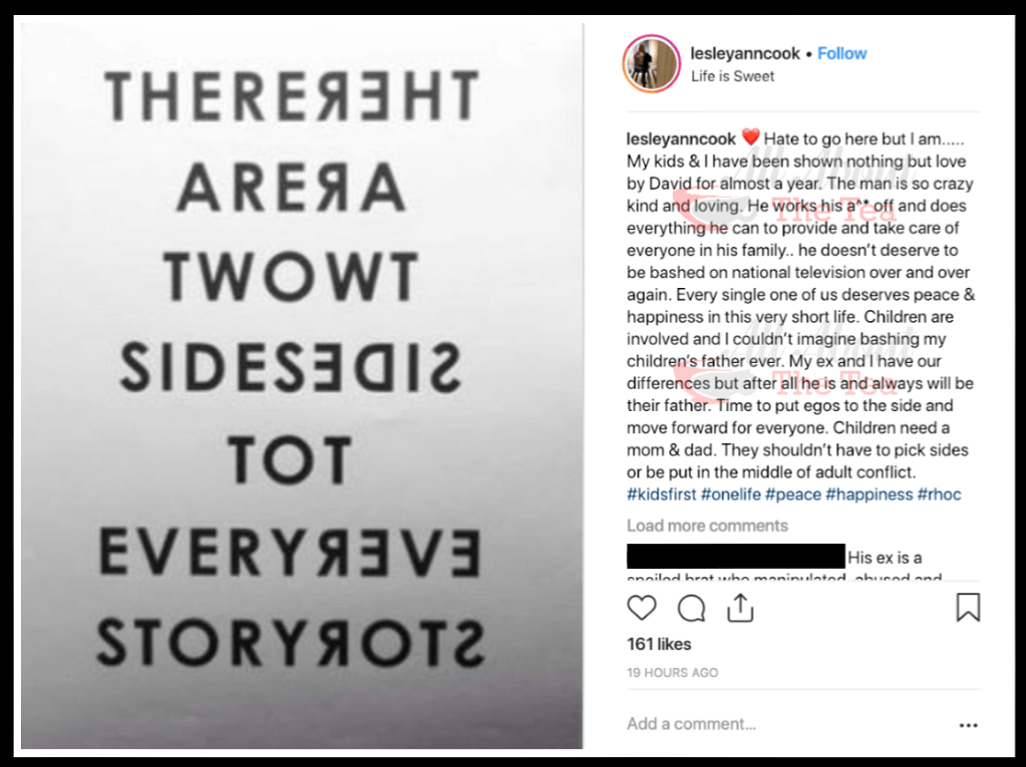 Should Shannon Beador stay silent — or should Lesley Ann Cook take her own advice and keep her opinion out of the ongoing divorce drama? Let us know what you think!