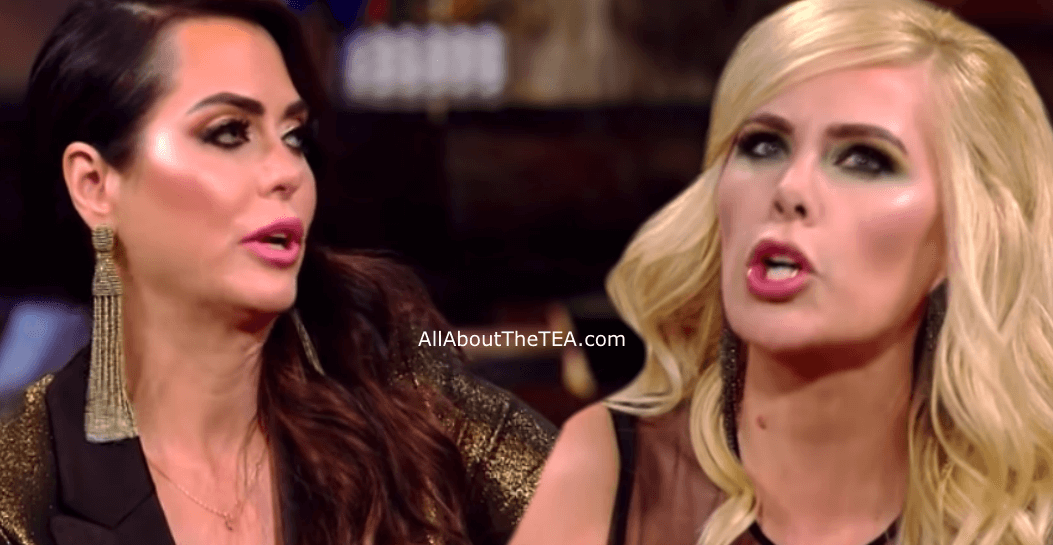 D’Andra quickly denied the accusations and Kameron called upon AT&T to step in and back her up.

“They have known about this date for so long, I’ve had to put up with Brandiland and Lemmon Avenue laser bulls**t center and everything else.”

D’Andra continued. “I mean come on, Cary and I compete because we sell skincare products?? And, she and her team have messed up so many people’s faces that I know but I can’t speak about. I have to be nice and play along because it’s the right thing to do. I’m sure Bravo owns a portion of their business.” 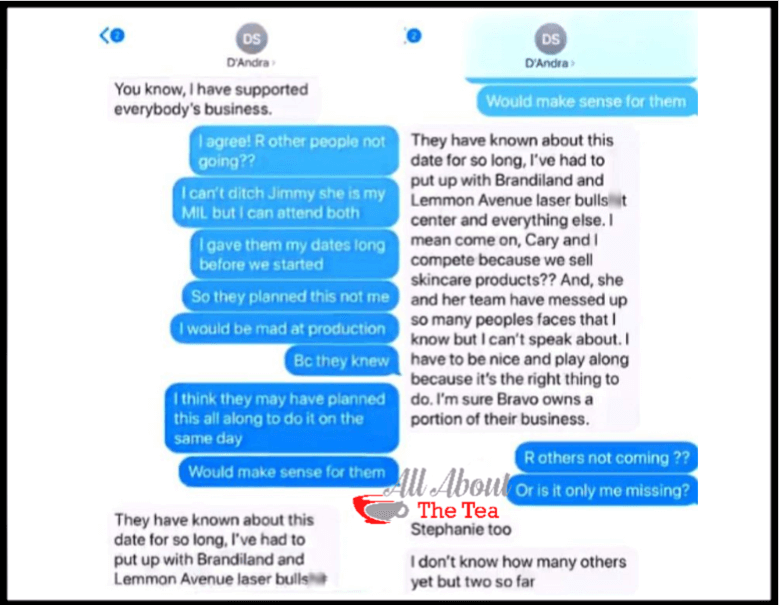 Despite the damning evidence,D’Andra Simmons doubled down on her denial and called Kameron Westcott’s receipts “spoofed.” On Dec 5, she tweeted, “Since I’m blocked, Kameron knows this isn’t true. If these messages were in your phone, why couldn’t you show it at the reunion? You can believe whatever you want, but these few texts she “showed” was spoofed.” 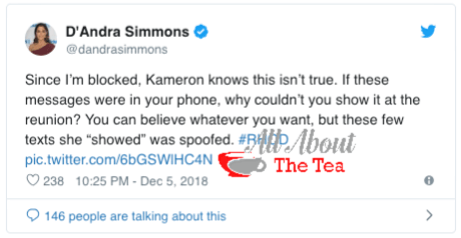