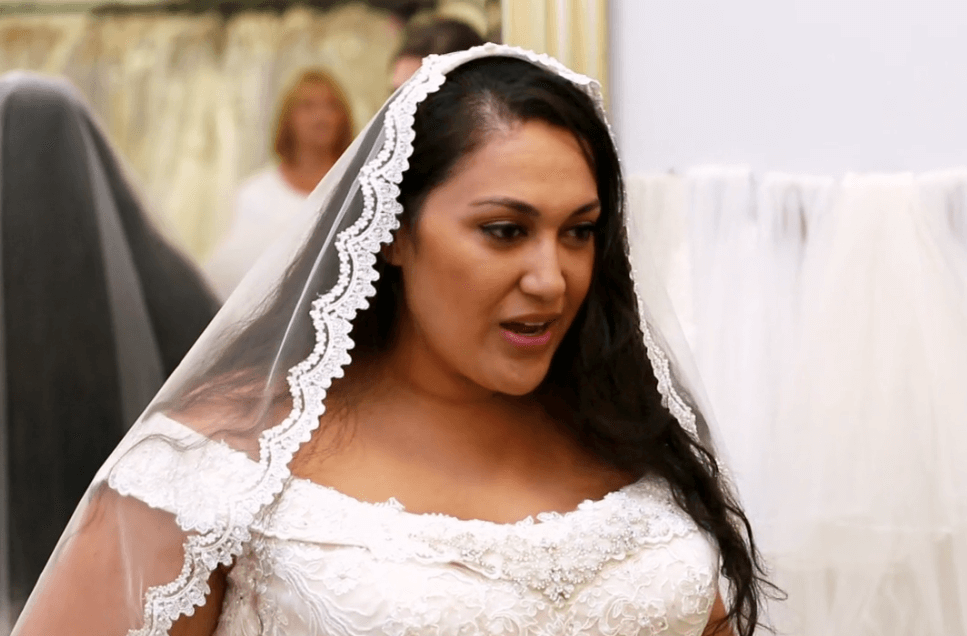 90 Day Fiance weddings are beginning to take shape — but will our conflicted couples make it down the aisle?

The episode begins with a fat-chance scene — Colt and Larissa hunting for a  new luxury address. Larissa labels Colt a weak Mama’s boy and throws shade at Deb, coloring her a sneaky manipulator. The cushy apartment is a lifetime dream for Larissa, but Colt reminds her that life is complicated with Mama Deb on board. Colt feels responsible for the care of his mother, even when she cramps his love life.

The couple reflects on the timing of their move and how they plan to dump the third wheel. They trepidatiously share the news, Larissa cheerfully informing Deb that her top pick has only one bedroom. Deb gets the hint, and assures them that she will disappear in an old folks home upon request. Larissa votes yes, but Colt suggests a cranky next-door neighbor arrangement. Colt is torn, but Larissa wants the umbilical cord chopped.

Jay has been in the U.S. for a couple of months, but Ashley is not happy about Jay’s gallivanting ways. He swipes her car for covert fast food runs, and Ashley does not appreciate being in the dark about his whereabouts. Jay apologizes, acknowledging that he needs to be more considerate. They later visit their wedding venue, a rustic barn. In a jolting twist, Ashley gets word that some mouthy racists had been sounding off on their wedding website. Some of the comments sound like veiled threats, and the couple is stunned and concerned. Ashley admits that her attitude has been naive, and Jay considers hotfooting it back to Jamaica.

Fernanda is wedding dress shopping with Jonathan’s sister, Jackie, and is thrilled when his mother, Ceci, shows up for the awkward fashion show. Fernanda models a few dresses before deciding on her special gown, the final choice triggering emotional teenage tears. Fernanda misses her own mother, which tugs on Ceci’s cynical heartstrings. Ceci is distressed about Jonathan plunging headlong into teen beat stupidity, but sucks it up and supports her future daughter-in-law.

We catch up with Steven, who reveals in a no-kidding newsflash, that he and Olga have no idea how to be parents. Steven believes that a happy family walk will remedy their toxic vibe, but his plan is undone by a contrary carseat. The duo continues to bicker over the flopped outing, and Steven is miffed that Olga is not expressing gushing appreciation over his high strung support. Steven continues to whine and complain about the injustice of it all — and Olga barely has the strength to fight back. Steven later launches a fresh diatribe, after fetching a prescription for his baby, ranting and raving about Olga’s brazen lack of postpartum enthusiasm. Steven is jealous of a newborn, and his prattling tirade points to a scary future. Olga apologizes, but Steven demands that she change her behavior, at least between feedings. Olga dissolves into tears, but Steven continues to badger her into exhausted submission.

Leida opens their story by reiterating her disgust with Eric’s grubby squatter-daughter, Tasha. TLC’s wedding venue night continues, with Eric and Leida checking out their event space. The place is dull, but Eric promises to hit the party store to spice it up. They meet with a florist next, who points out the ginormous comparison between Leida’s first ritzy wedding and this chintzy go-round. They agree to double the meager $400 budget — Eric’s concession momentarily pacifying the bridezilla.

We later hear more cringeworthy details about their cramped household, which Eric tries to portray as a minimalistic choice. The couple goes upscale furniture shopping, another sure TLC setup. Eric says no way, and Leida is indignantly peeved. She storms out of the store, and finally gets that Eric is unable to deliver on financial promises. Eric’s child support commitment is brought up, and Leida is worried that there won’t be enough cash to support her son.

Kalani and Asuelu are adjusting to their everyday in Utah, but Kalani misses the California life. Kalani’s sis, Lini, is scheduled to arrive, just in time for some antagonistic wedding dress shopping. The sisters and their mother gather at a bridal salon, where Lini advises a gown suitable for sprinting. Kalani confesses that she’s not very excited about the whole wedding process — or her groom.

Kalani, Lini and Oliver later have brunch, where Asuelu admits that he was excited to knock up an American girl. Asuelu wants a bigger and better future, but clarifies that it’s not about the money. Kalani abruptly reveals that Asuelu’s brother made inappropriate comments about her, despite her effort to keep his family connected to Oliver. Kalani admits that the dysfunction is real, after Asuelu makes a huffy exit. Lini hopes that her sis makes a run for it.

Next week, Ashley and Jay dial back their wedding plans, Leida and Tasha butt heads, and viewers will get another glimpse of Colt’s gams.