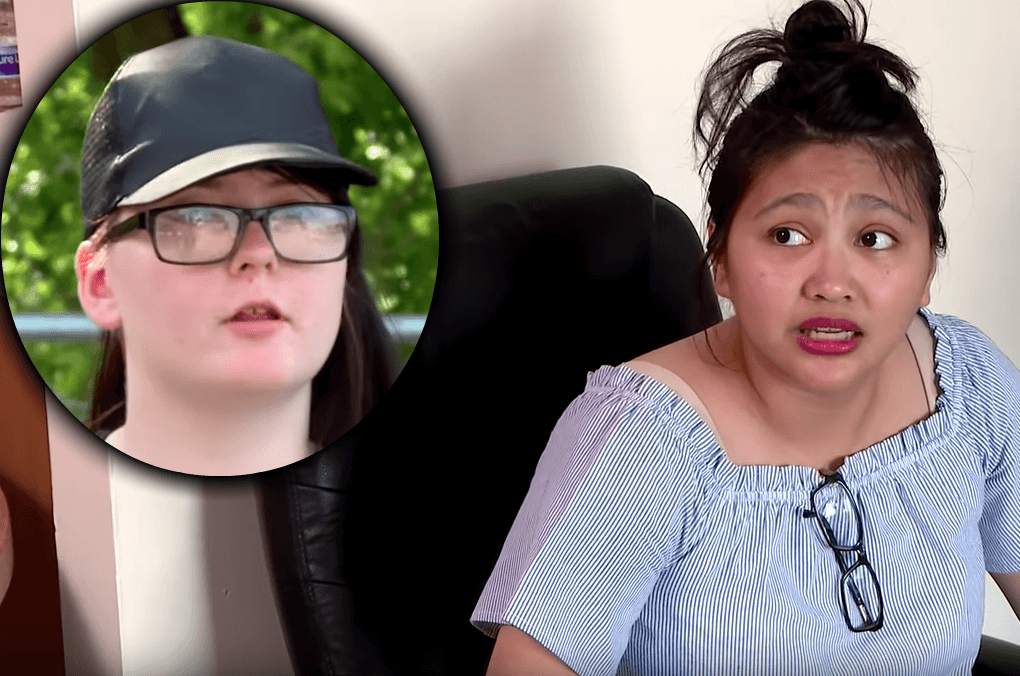 Fans know that Leida and her Indonesian clan were disheartened after getting a look at Leida’s future home — the apartment Eric shares with his adult daughter, Tasha.

In a preview clip of tonight’s episode, Tasha brings nothing but facts to the table, in a filmed showdown with her father’s future bride.

Leida Margaretha lets Tasha know that she did not appreciate the dumpy welcome to America — and informs her that she wants her out of the apartment. Tasha tells TLC cameras that she was preparing herself “for a fight” over the messy first impression.

“I want you to move out,” Leida says in the released clip. “I don’t think we can work it out.”

Tasha responds after expressing mild remorse over the sloppy welcome — assuring Leida that a new apartment hunt is underway.

“As far as I know, you’re not yet on the lease and you can’t kick me out,” Tasha says. “I’m sorry but you’re going to have to deal with that.”

“You guys can want whatever the heck you want…but at the same time, I’m on the lease too,” Tasha adds. “Maybe you guys need to move out, and find another place.”

Watch a snippet of the drama below.