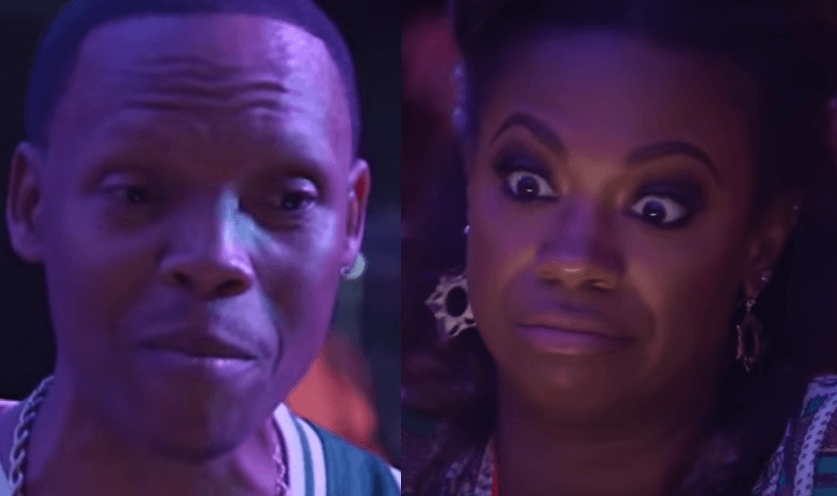 Shamari DeVoe, 38, makes her Real Housewives of Atlanta debut tonight and is ready to turn up on the cast!

Together the two are stirring the pot and bringing the drama!

After Shamari’s performance, she greets the ladies and introduces her husband, Ronnie Devoe — who Kandi Burruss is already familiar with because the two are currently touring together. They exchange pleasantries, then Ronnie offers Kandi some unsolicited advise about her stage presence.

“We were just doing shows this past weekend.” Kandi tells Ronnie when his wife chimes in and says, “You got some pointers you wanna give Kandi.”

“The show was amazing, like y’all sound f*cking incredible,” Ronnie tells Kandi to which she thanks him. He continues, “Y’all got hits. But placement…placement. Just the show takes em on a journey. You know what I’m saying?”

Ronnie’s two-cents about Xscape’s performance does not rub Kandi the right way. Press play to watch below.

Do you think Shamari DeVoe and her husband make good additions to the cast?

The Real Housewives of Atlanta airs Sundays at 8:00 p.m. ET, on Bravo!