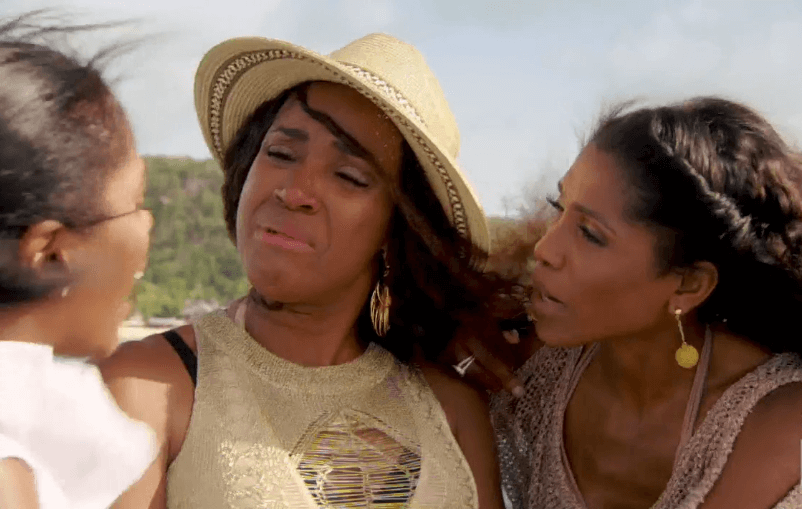 Welcome back to Antigua with the cast of Married to Medicine. No surprise, the ladies are still fighting on the boat. Dr. Simone is arguing with Contessa about her victimization over her double-mastectomy. But it doesn’t stop there because after Simone storms off to the other side of the boat, Dr. Scott tells her that his wife has a right to victimize herself. Simone lets him have it and Contessa is like, hell to the no for yelling at her man. She lets Simone have it. The rest of the guys agree about one thing – stay out of the girl fights or risk losing a limb.

With Dr. Jackie by Contessa’s side, Simone is brought back to apologize. Contessa keeps repeating that she ain’t nobody’s victim. They eventually make their peace and things calm down.

Bring on the food because you can’t be yelling “Yo momma” and “Bitch” when your pie whole is filled with pie. Over lunch Mariah apologizes to Damon about calling him a cheater and he not only accepts her apology but forgives her as well. 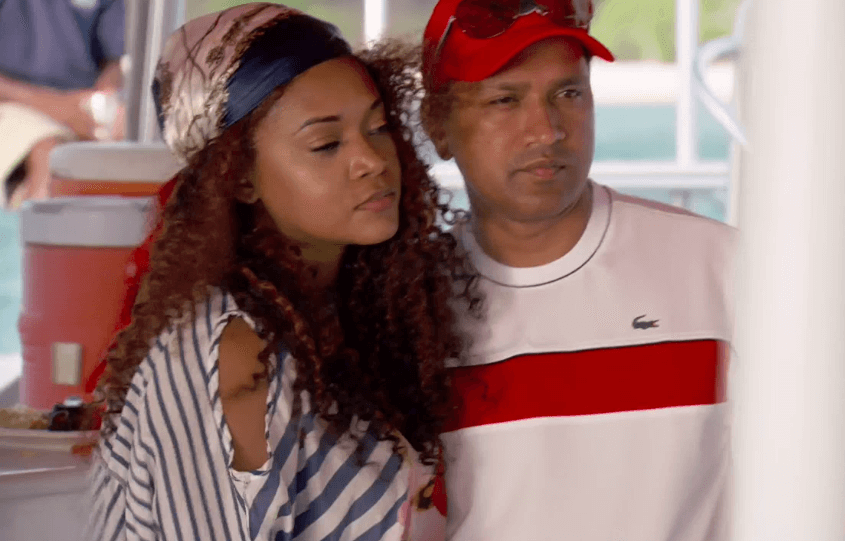 Later that evening, the couples hop on the bus to go have dinner and more couples therapy, because you can never have too much couples’ therapy. And Simone wants a rum punch with extra rum because you can never have too much rum therapy. Heavenly leaves the table, says she has to pee, but really is setting up her microphone for couples’ therapy 2.0 on the beach. Toya tells the group to move it, move it, move it, to the beach. 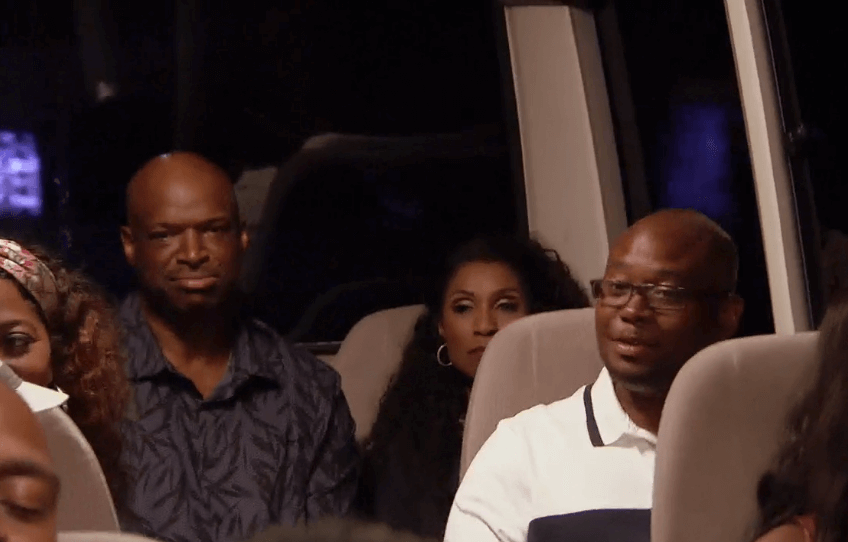 It’s redemption time! Flashbacks are shown of the last therapy shit-show conducted by Heavenly. She begins this one by opening the floor to questions for her, but not Damon, because everyone knows Heavenly likes control. Dr. Jackie goes first. She asks Heavenly if she truly submits to her husband. Great question although we all know who wears the pants in that family. Heavenly says she leads with domination and Damon leads by caring. Heavenly says they submit to each other, but God comes first. 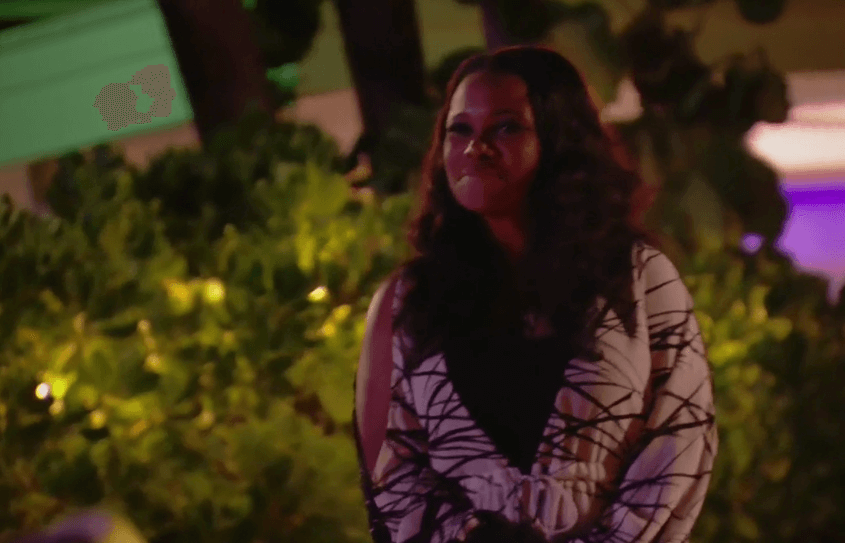 Simone is next. She asks Heavenly about disciplining the children. Heavenly’s answer is shockingly insightful. Heavenly explains that Damon is a better father than she is a mother. I mean, we all knew that, but who would have guessed Heavenly knew that. She gets teary over her confession. Up next is Contessa. She asks what top three things have made their marriage a success. Heavenly says respect, trust, and sex. Now onto Quad. She asks if Heavenly trapped Daddy Damon into marriage. Heavenly comes clean and says yes, she did. She was five months pregnant when they got married. Cut to a confused Damon as he does the math in his head. Damon gets up and takes the mic. He says he knew from the first time he met Heavenly she was the one. Everyone applauds. Heavenly cries and says she feels like a little bitch. 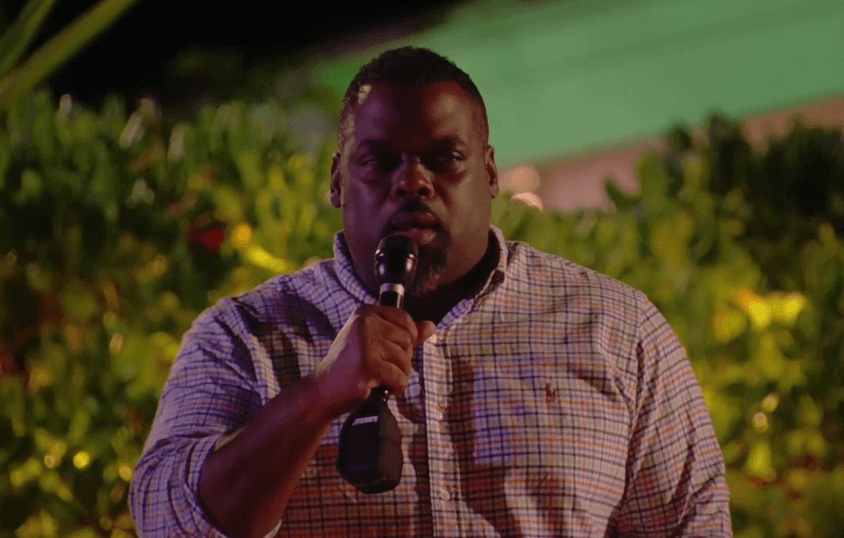 It’s charity time! On the way to the village clinic, the cast discuss the merits of the pull-out method versus birth control. Toya hates her birth control pills because it makes her cray-cray and wants to switch. The doctors without boundaries tell Toya to have fun getting pregnant. They arrive at the clinic and begin giving checkups to community members. One woman has high blood pressure, chest pains and is not taking her meds due to the side effects. They check her on the EKG. Dr. Eugene overwhelms her with information and she starts to cry. The good news is her EKG comes back normal and they have convinced her to start taking the meds. Let the healing begin! 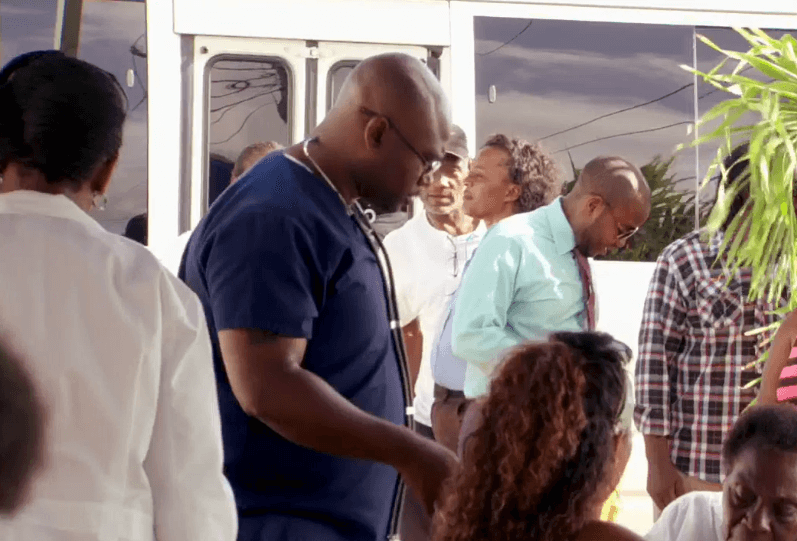 Tonight’s dinner is at Jackie O’s. It’s very romantic, so Quad joins Simone and Cecil on their love chair because she’s all alone. Simone tells her not to worry about putting on a happy face for them. Quad is dreading her divorce. Simone says to focus on the end game. Just then, a cock roach flies in. Is that you, Dr. Greg?

This is their last night in Antiqua. And guess what? There’s one more couples therapy session. Ugh! I guess there is such a thing as too much couples’ therapy. Simone wants everyone to say something negative into their store-bought shell then they will throw it into the ocean, which is technically littering. Here we go with the negativity session that only the women participate in while their husbands cringe watch. 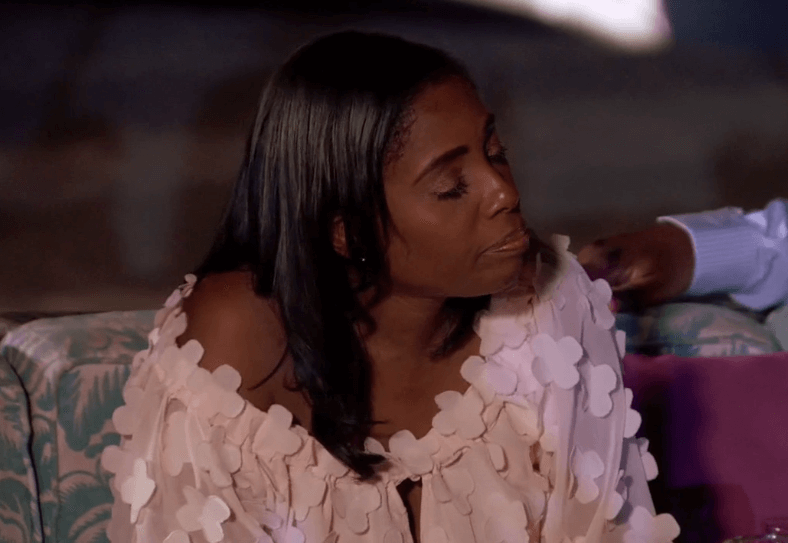 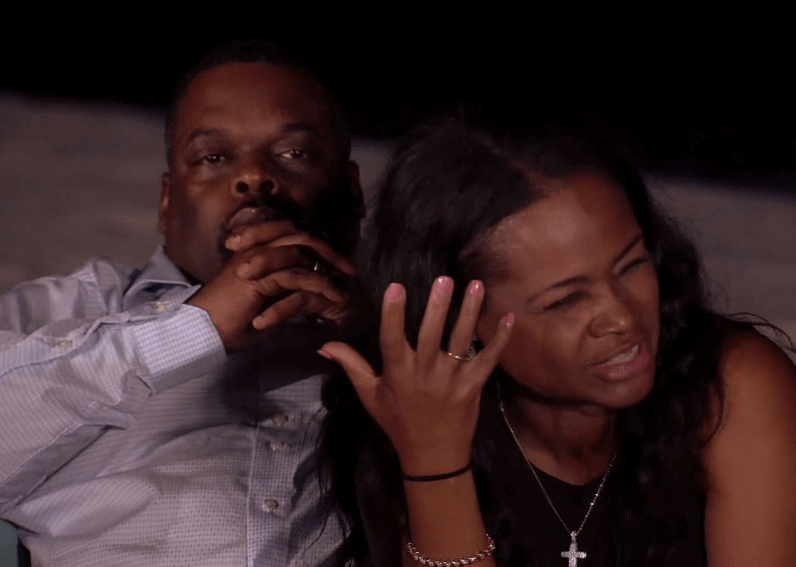 The group walks to the water’s edge and on the count of three, throws the shells in. Hand in hand, they leave the beach feeling good about their trip.

Next week on Married to Medicine — Dr. Greg comes back to set the record straight!