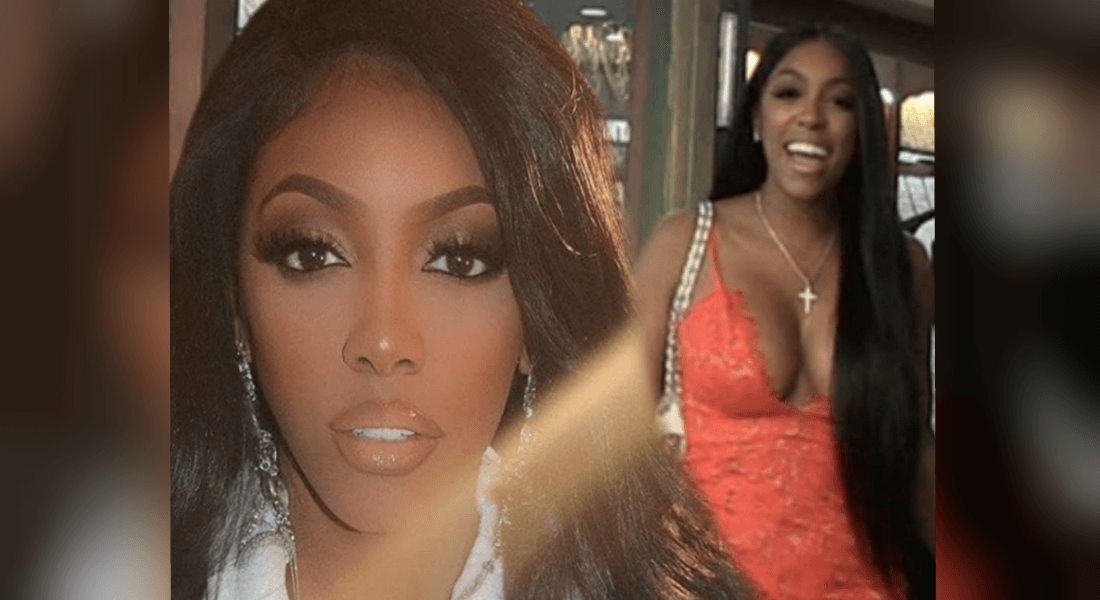 Porsha Williams is newly engaged and giving fans a glimpse at her gigantic engagement ring!

On Friday, the pregnant Real Housewives of Atlanta star hosted a “Praying for Baby McKinley” party to celebrate her recent blessings — a baby on the way and engagement to Dennis McKinley.

The celebration was held at Porsha’s Gwinnett County mansion and attended by friends, family, and some of her fellow Real Housewives of Atlanta co-stars.

In the following video footage captured at the event, the Real Housewives of Atlanta star is seen dancing with fiancé Dennis McKinley as Porsha flashes her ring finger — revealing a huge pear-shaped sparking diamond ring.

#PressPlay Now this is how a REAL pregnant woman dances! Check out Porsha's rock in the video!💍🤰 Porsha's threw a party to celebrate all her blessings! Get the tea on Porsha & Dennis' engagement here: https://allaboutthetea.com/2018/09/26/porsha-williams-rhoa-engagement/ (Clickable link in bio) #porshawilliams #babymckinley #dennismckinley #rhoa #realhousewivesofatlanta

Porsha showing fans her engagement bling comes a few days after rumors of a secret engagement to McKinley began circulating.

As AllAboutTheTea.com reported, the Real Housewives of Atlanta star and McKinley, will re-enact the engagement proposal for Bravo cameras.

“Porsha is going to get engaged on camera for the show,” a source  revealed to Radar Online. “She’s going to get a ring from Dennis and it’s going to be while she’s filming.”

Porsha’s pregnancy is the “real” life events RHOA production has been seeking — after former RHOA star, Kenya Moore, hid her life from the show.

“Some people think Porsha and Dennis might be secretly engaged already but that’s OK because she’ll still do it on camera and that’s what they want. Kenya hid everything from producers — her   wedding, her baby news. And the ladies were told they would be off the show if they did that.”

“Porsha is not at all like Kenya. She is loving sharing everything with the show and with her fans. And she wants to get engaged on camera.”

Share your thoughts on Porsha Williams’ huge engagement bling. Sound off in comments below!