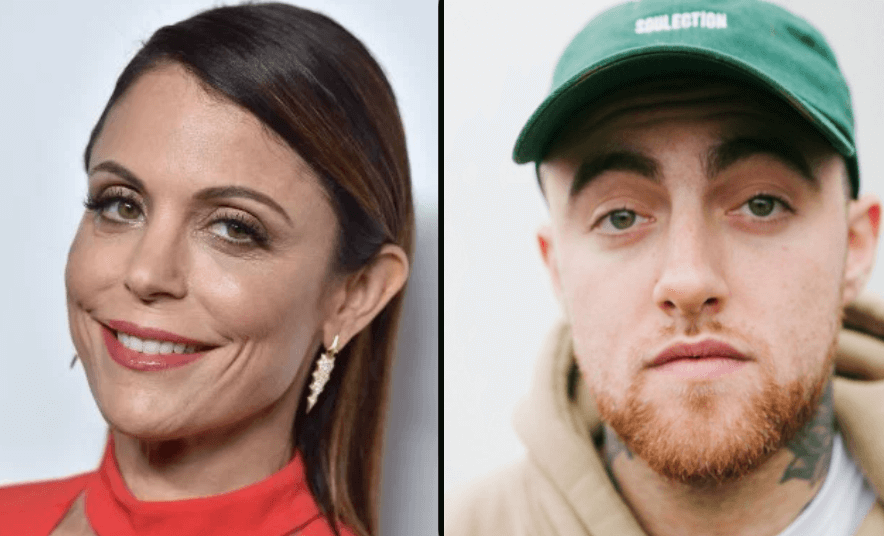 The 26-year-old rapper was pronounced dead from an apparent overdose, on Friday. Miller’s death prompted the Skinnygirl mogul to tweet and delete, “So @MacMiller is dead. Let’s keep prescribing poison when we have a toothache.” Presumably a reference to the death of her part-time boyfriend, Dennis Shields, who also overdosed on prescription pills. 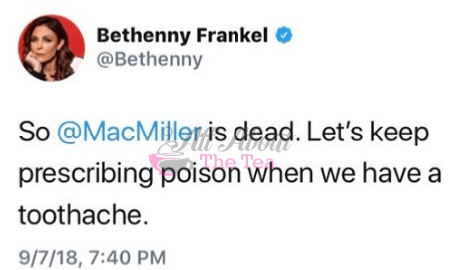 No type of fucking sympathy at all SMFH! Have some respect for his family!

Insensitive comment considering you just lost a friend yourself.

This is not very sensitive at all. Please delete

Frankel shared her heartbreak over the overdose death of her ex, Dennis Shields — the Real Housewives of New York star tweeting about the “excruciating” aftermath, on Aug. 27.

“It’s hard to breathe & I appreciate you giving me the space & support to try to do so. It’s excruciating-sudden death is no closure & constant ?s & memories. Our relationship is current so it’s painfully raw. Trying to stay healthy & move through it w tears & close friends. Xo,” Bethenny wrote.

Do you think Bethenny Frankel’s tweet disrespected Mac Miller’s passing? Sound off in the comments!