Candiace Dillard played an eager to please, altar-bound newbie during her first Bravo run — but in real-time, the blushing bride regularly spews venom at contrary fans. 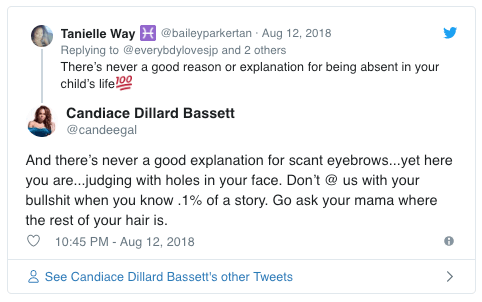 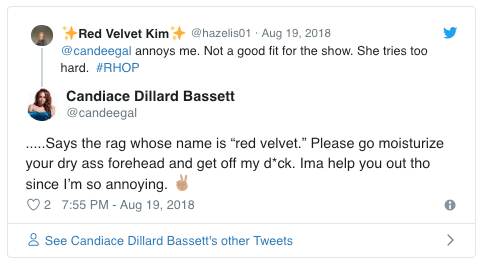 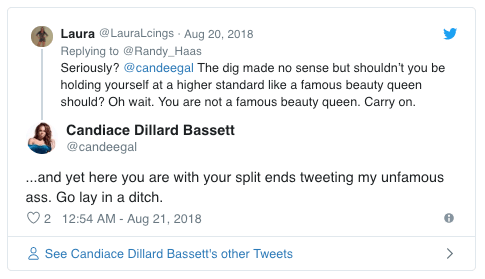 The newbie crossed a new line in one fan interaction — insulting an infant, included in her target’s profile photo. 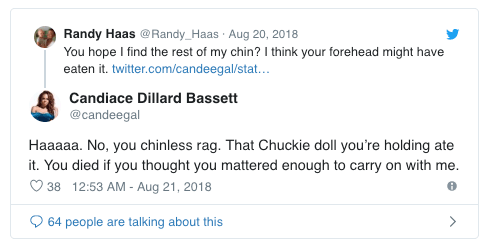 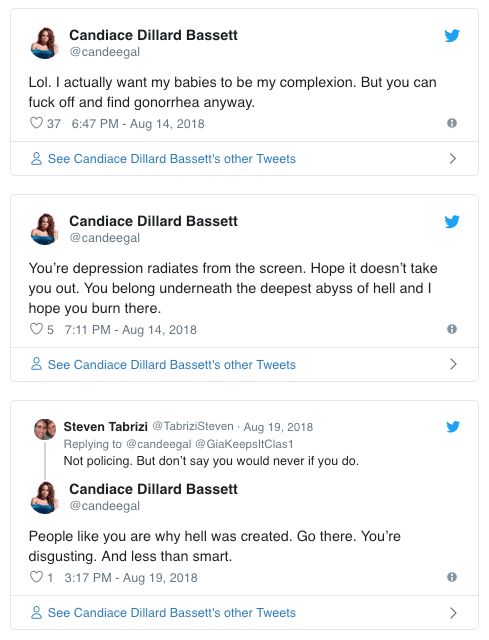 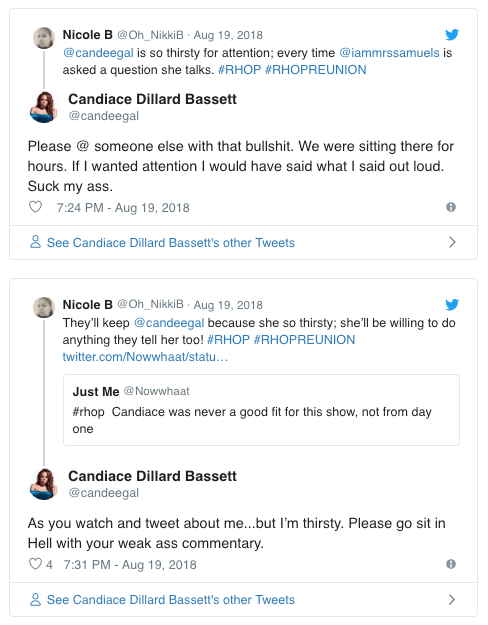 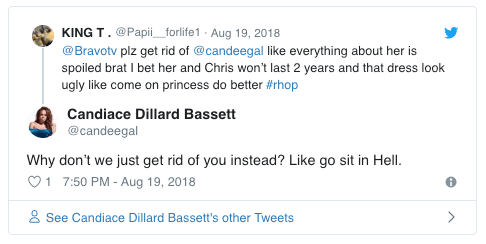 What do you think about Candiace Dillard rookie season and testy Twitter clap-backs?

Real Housewives of Potomac is on hiatus — would you like to see Candiace return?