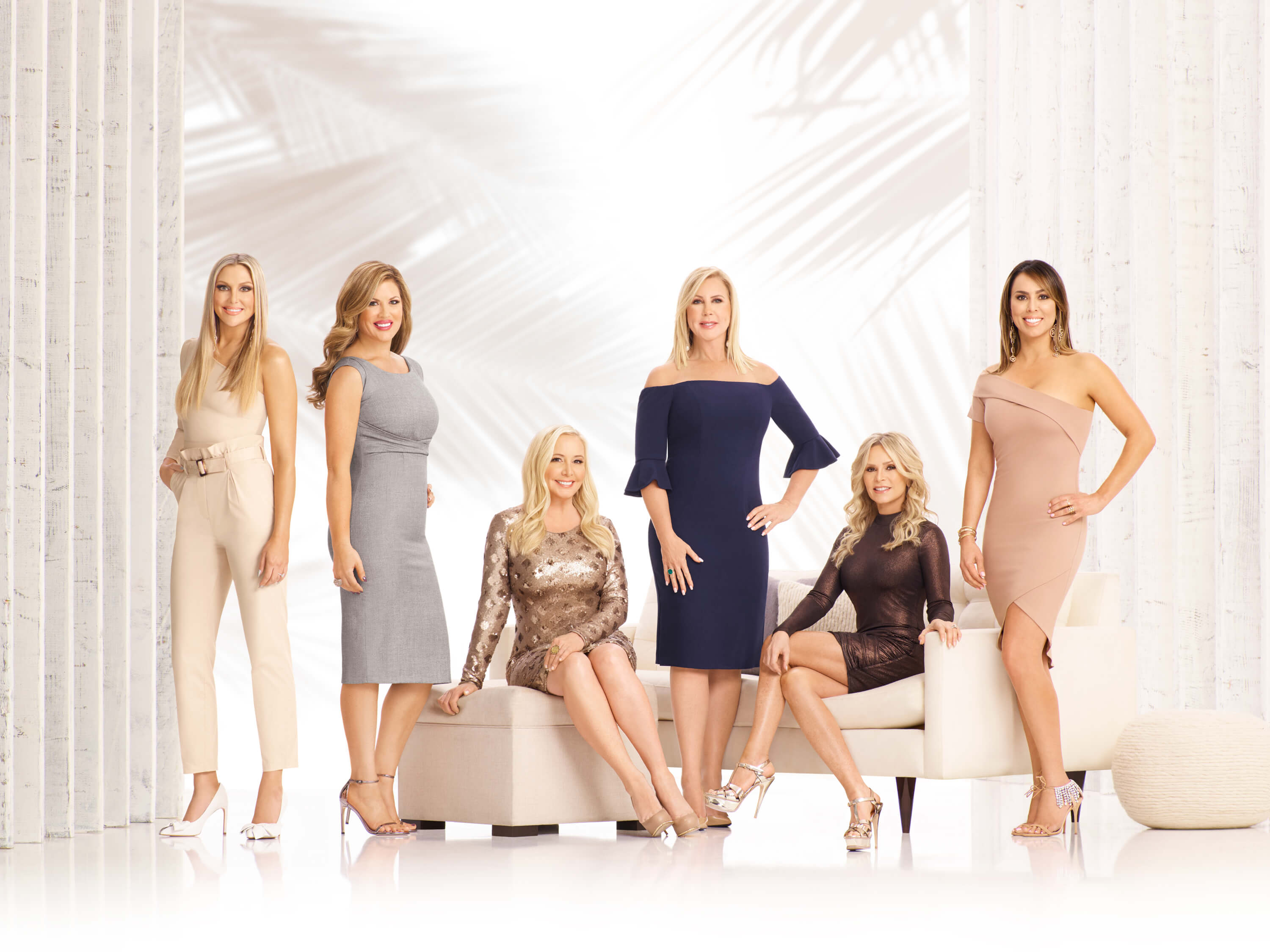 This week on RHOC we learn many fun things. Kelly Dodd is pissed at herself for dumping her husband, so bitching at Vicki Gunvalson has become her life’s goal. Vicki is ready to drop it, the ladies don’t like poker, Gina Kirschenheiter can’t handle her alcohol, and Pocket Pary is Kelly’s new bff.

We begin at Vicki’s office. Vicki’s son Michael is in town working because he wants a yacht someday. In the meantime, he will be going to Europe with his girlfriend and Vicki’s not invited. Michael agrees to dinner with his mom. Now that Brianna has fled to North Carolina, Michael must endure endless questions about his future since he hasn’t run far enough away yet.

Kelly and Shannon are hitting the bar scene to whoop it up. Kelly is teaching Shannon how to be alone and pick up young guys. Shannon say she lacks confidence about her body, but lingerie should help cover it up. Shannon and Kelly cry – in the bar – which guys totally dig. It just screams, we are fun. But at least Shannon and Kelly are getting along and plates of food aren’t flying.

Next we join Gina and her friend as they search for a house-warming gift for Miss Lupe, her children’s nanny. As the two putter around the shop, we can tell they are both from New York on account of their nasally twang. Gina explains that Vicki probably doesn’t like her because she called her a loser the first time they met. Ya think? Gina says people from the OC aren’t willing to be silly and cut loose. Yes they are…if lots of alcohol is involved. Gina talks about a friend with a weird vagina back in NY and wants friends like that in the OC. Great news, Gina! You are living in the mecca of reconstructed vajayjays.

Shannon is ready to start working out. She had a stationary bike that David bought her as a subtle hint she was fat, but took all the gym equipment when he moved out. Of course he did. Shannon is ready to buy something with the help of Tamra and Tamra thinks Shannon should just go to Cut for free. Tamra says she’s feeling left out now that Shannon and Kelly are hanging out. She’s also feeling irritated that Shannon didn’t call after Eddie’s procedure. Tamra has taken Shannon’s middle-of-the-night phone calls and is officially keeping score now.

Over at Emily’s house, she’s getting the house ready for girls’ poker night. By day Emily is an attorney, and by night, she’s a party planner. She loves to entertain, just don’t ask her to cook, her oven doesn’t even work. And besides, that’s what caterers are for.

Shannon is ready to party and is dressed up in a green poker suit. She looks like she could be a villain on Batman called The Poker who is friends with The Joker. Pocket Pary arrives in leather and is way cuter than Kelly and Tamra who are also wearing leather. Everyone has arrived but Vicki. The ladies say whatev, and start eating. Vicki arrives and catches up on the grub while Kelly announces she was asked out by someone with the Houston Rockets. Is he a real player or just a player, Kelly doesn’t say. Turns out, things didn’t work out between Kelly and the guy from the restaurant she was making out with. She found him to be low class because he didn’t buy her a pair of expensive sunglasses. I mean obviously. Kelly shares that his sack isn’t as old as his face. Excuse me while I go use some mouthwash. Eww.

But Pocket Pary adores Kelly and everything Kelly says. Tamra asks her if it’s really over with Michael. Kelly says yes because Vicki set him up with someone else. Ugh! This again? Vicki tells Kelly to drop it. Kelly asks Vicki if she’s threatening her. No, Kelly. A threat would be if Vicki said, drop it or else. Everyone at the table is tired of this conversation, but Shannon comes to Kelly’s defense and says if any of her friends set up David she will hunt them down be flipping livid. Vicki says the difference is Michael is kind and David is a jerk. Kelly starts crying and RHOC Pocket Pary comforts her.

Across the dining table, Vicki calls Kelly crazy. Gina says that Vicki gets in her own way and sometimes friends f*ck up. So they should just forgetaboutit already. Kelly tells Vicki she has been a constant let down. To lift the mood, Shannon announces her food deal has been approved by QVC. Everyone is so happy to change the subject, they congratulate Shannon even though they don’t care all that much.

It’s poker time! The ladies put on their blinged out black visors, ready to learn. Gina is the life of the party. Wind her up and watch her go, but you “pusses” might want to wear ear plugs. Girl has a screech like fingers down a chalkboard. Gina tells the ladies it’s not fair they’ve had so many procedures, she can’t read their expressions. OMG! I want to hug her and smother her.

The tres amigos go outside so they can use their library voices and smoke cigars. Tamra tells Vicki she needs to make amends with Kelly Dodd. They go get Kelly so they can oversee her apology. Pocket Pary and Emily join them and Vicki apologizes again. But then we learn something else. Vicki invited Michael for Thanksgiving, but not Kelly.  Kelly wasn’t sitting home alone, mind you, she was at her club and probably had Jolie in the bar with her, but her feelings are hurt. Pocket Pary says she will give Kelly her phone number should this ever happen again.

Next we join Eddie, Tamra and Ryan on the way to Eddie’s second heart procedure. Tamra doesn’t understand why the doctors can’t fix Eddie. Eddie explains it’s because doctors only practice medicine. Ba-dum-tisk. He’s still got it. But then Eddie goes quiet, trying to keep his mind clear, and Tamra keeps talking. She says she has a feeling it’s going to work this time. Privately she tells us this is testing her faith.

Back at Gina’s house, she is dealing with whiney kids who won’t share toys and a whiney husband who doesn’t like her new friends. So, apparently Gina was the last to leave on poker night and was using “foul language.” Emily tries to explain to Shane that Gina was drunk and loud because she’s from New York and has small children. Shane doesn’t care. You see, “loud, cackling older women are not his cup of tea.” I so wish Gina had a cup of Earl Grey she could have tossed in Shane’s face. Chill, dude. It was one night.

Eddie’s procedure is over, but things didn’t go well. The next procedure will require Eddie to stay in the hospital for four days because people have a tendency to go into cardiac arrest on this drug. Gulp. Eddie wants to talk to a doctor in San Francisco, because, like a lawyer, he’s practices a different kind of law. When Tamra questions this, Eddie tells her he’s tired of her “dumb questions.” Obviously Eddie is still high on the truth serum, so we’ll give the guy a break.

Next week on RHOC — Gina tells Emily her husband owes her an apology for kicking her drunk ass out, and Shannon calls Tamra crying that David went off on her. Good times ahead.