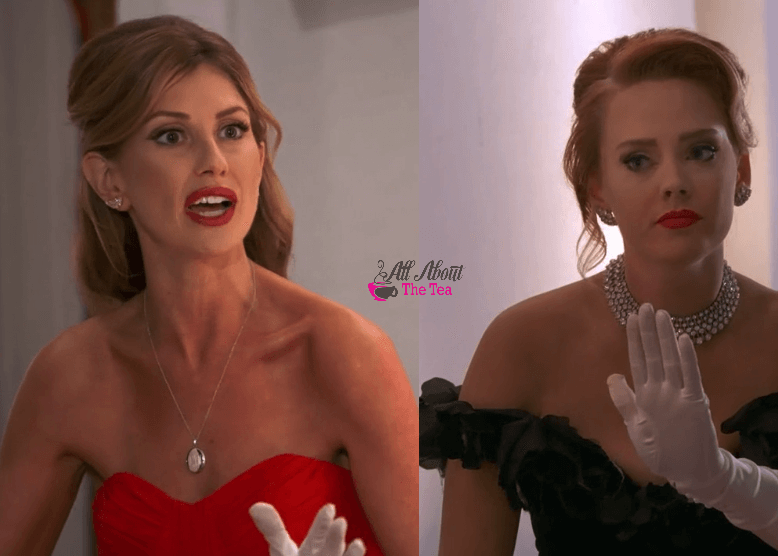 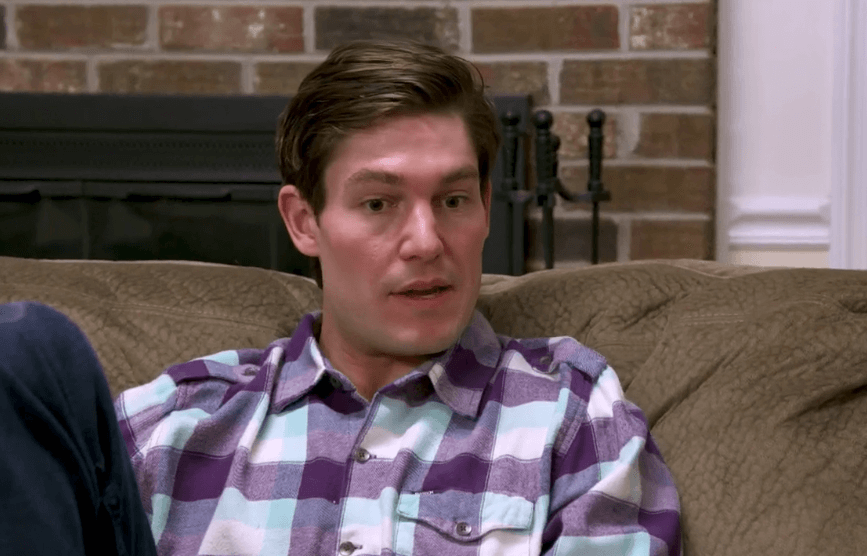 Ba-ba-doooo! Southern Charm wrapped it’s fifth season last night, and the finale did not disappoint. The episode begins with a first peek at Patricia’s  Winter Wonderland finale bash, before Bravo bops us around to check in with the cast. We stop at Craig’s pigpen, where he’s launching an effort to sweep up some bachelor debris. Cameran stops in for a visit, and manages to stifle a gag long enough to sit down for a life update. Cameran is dubbed a kick-ass mama, and Craig a delayed lawyer, as well as a rather grubby pillow maker. Cameran suggests hawking his craft, until Craig shows her a mishmash of tacky samples. Cameran almost chokes on her own laughter, before she nudges her buddy to soul search his way into a real job. We hear that he’s canned his life coach, because she called him out on his crap, which he now realizes is is to blame for his breakup with Naomie. 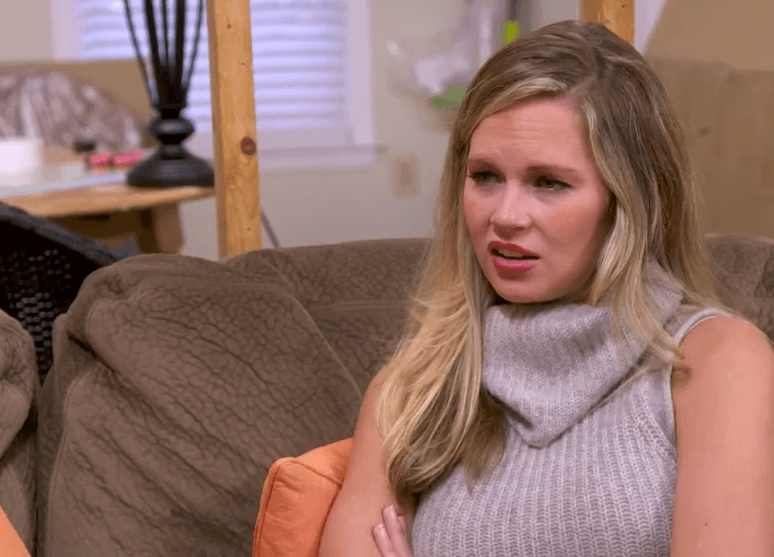 We shift over to Kathryn, who greets Naomie, before happily catching her friend up on the polo party drama. She reveals Thomas’ discontent with his latest gold digger, dishing that Ashley is being accused of being a high-end California hooker. They discuss Patricia’s ball, and the possibility of Patricia sabotaging Kathryn’s jittery comeback. The gals also cosign Craig’s discarded life coach, agreeing that he’s one sloppy fibber. 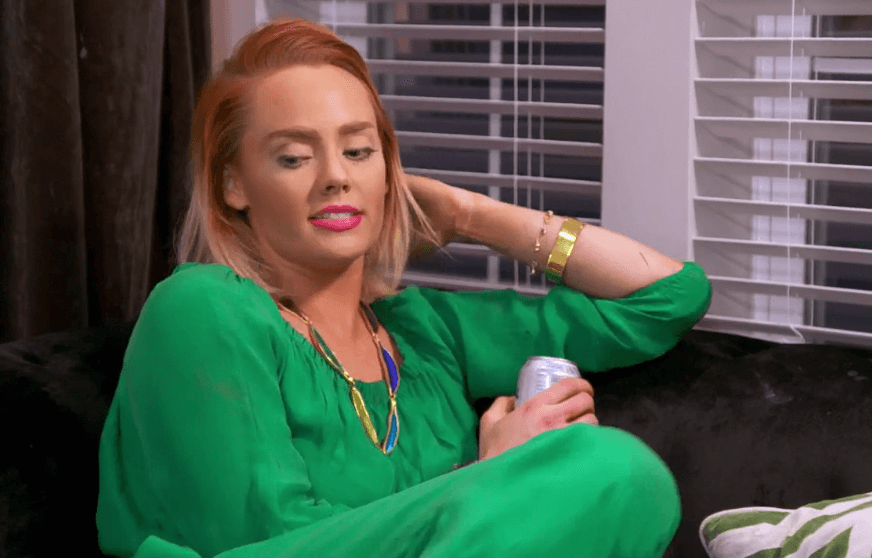 We rejoin Craig, who’s getting fitted for a tux, for his finale dance. Austen joins, to offer hungover style advice. Shep appears, and the trio models their party duds, before the convo shifts to good-time Ashley. The men compare rookie notes, and Thomas is shaded as a naive sugar daddy.  Bravo rewinds us to a sketchy flashback scene, where Whitney is half-jokingly negotiating Ashley’s get-outta-town payout. Ashley can be bought for a measly $5k — but Thomas has yet to cash in on her bargain basement price. 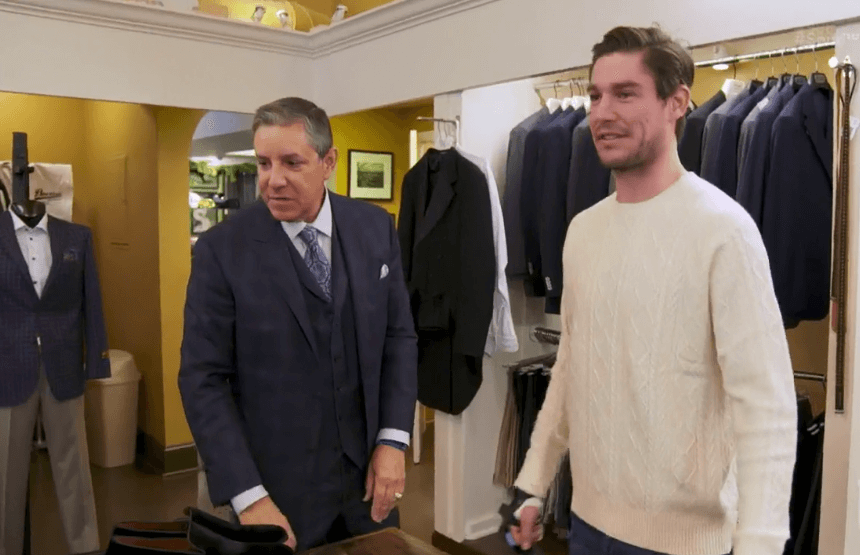 The evening of finale shindig arrives, and the cast is busy getting pretty for the party. We catch up with Thomas and Ashley just in time to watch Thomas gift his batty beloved with a white gold locket. Ashley is thrilled, but the scene feels forced and awkward. Ashley plans to speak with Kathryn at the ball, and Thomas just hopes that the girls will give peace a chance. Chelsea meets up with Kathryn at a hotel, where the kids can’t cramp her glam. Kathryn is worried about seeing Patricia, because she was Team Thomas, during her dark druggie days. Kathryn plans to twerk her way back into Patricia’s cold dark heart. 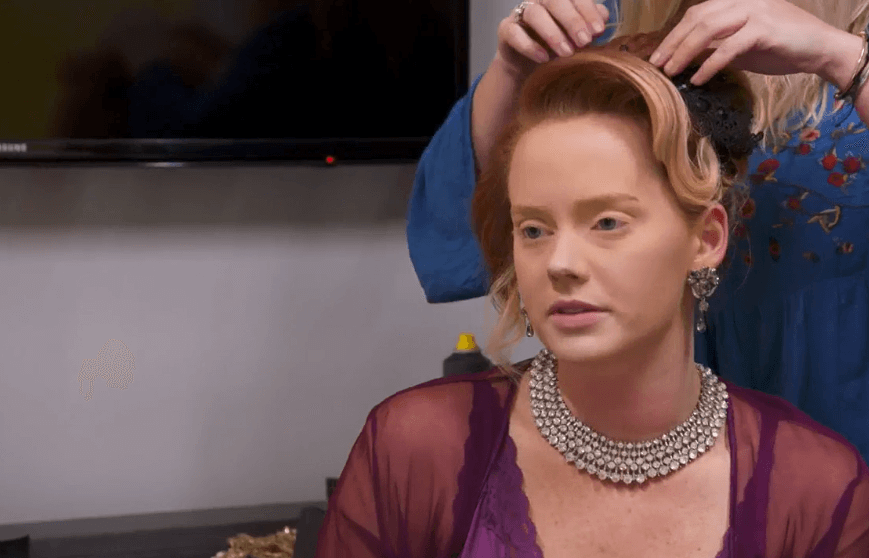 Bravo waltzes us to the venue, where Patricia is dressed like a strange southern canary. Thomas and Ashley arrive, and Jennifer Snowden smiles for the camera, offering a sweet baby update. The cast trickles in — the ladies looking beautiful, the guys, dashing. J.D. strolls in, dressed like a high-end pimp, and gives his slimmed-down/stressed-out wife the up-down. The cast begins to titter over the escort rumor, as Craig and his new squeeze arrive. 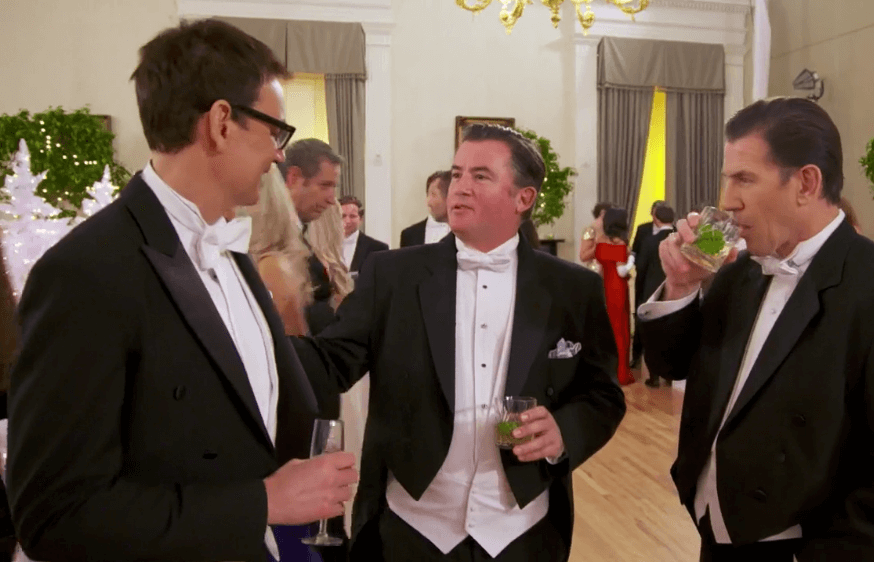 Chelsea, Austen, Kathryn and Shep follow, and Thomas is momentarily unnerved by Kathryn’s statuesque entrance. We hear that Patricia is “testing” Kathryn, while Naomie and her gal pals raise their eyebrows at at Craig’s date. Naomie’s inner bitch begins to simmer, and while Ashley and Jennifer chatter about Kathryn, Kathryn reminds us that she hates Jennifer, due to her raw testimony during the custody case. Meanwhile, Ashley cranks up the crazy, passionately declaring herself the champion of Thomas’ bank account. 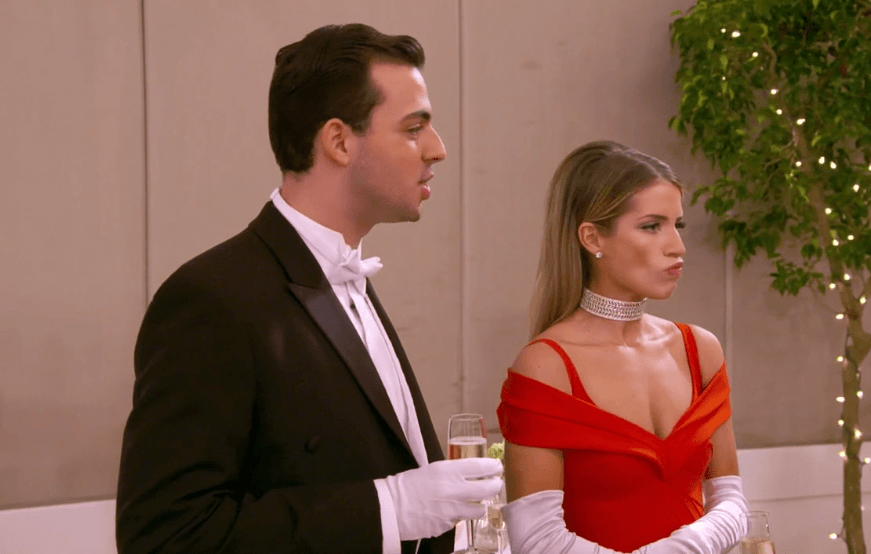 Later in the evening, Austen obediently approaches Thomas with the escort tea, and Thomas flatly denies the accusation. Jennifer slams the rumor as heresay, before Ashley slinks in to defend her nursing career. Austen snaps at Jennifer before Ashley shoves her California nursing license in his face. In another corner, Craig fills in the new girl on all the Season 5 drama, while Ashley continues to rant and rave over her misunderstood phantom career. 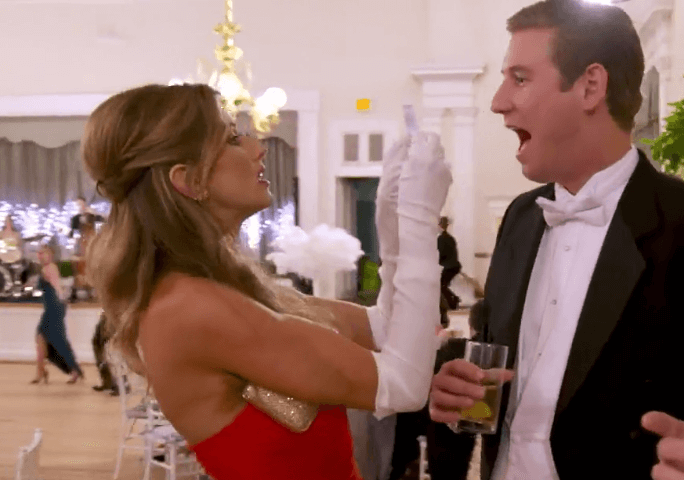 Ashley addresses her cast come-ons with Craig, excusing her signature move as simply an effort to stroke male egos. Um…excuse me? Craig argues the hard facts like a legit lawyer, much to Thomas’ amusement. Ashley begins to boil. 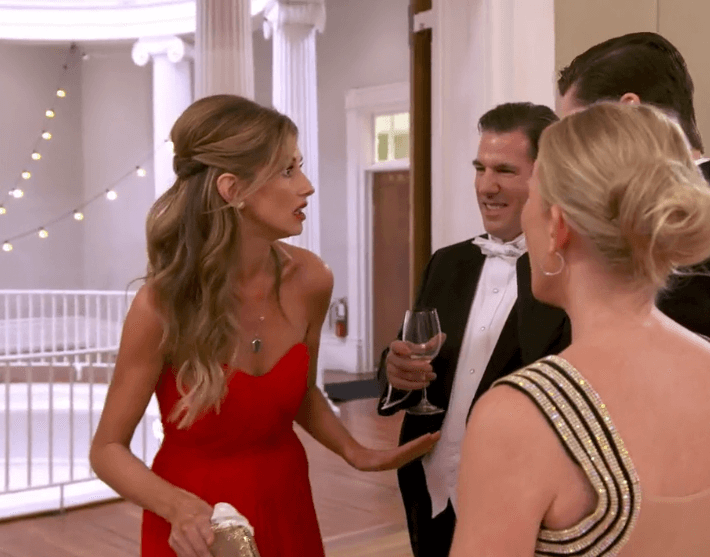 Shep and Kathryn take a spin on the dance floor, before Kathryn finally works up the nerve to approach Patricia. The rehabbed “shameless strumpet” thanks Patricia for the invite, and the two ladies engage in a stiffly friendly exchange. The conversation is encouraging to Patricia, and the relationship is officially on the mend. Kathryn’s wardrobe research impressed the matriarch, but Ashley is still a thorn in Kathryn’s decollete. 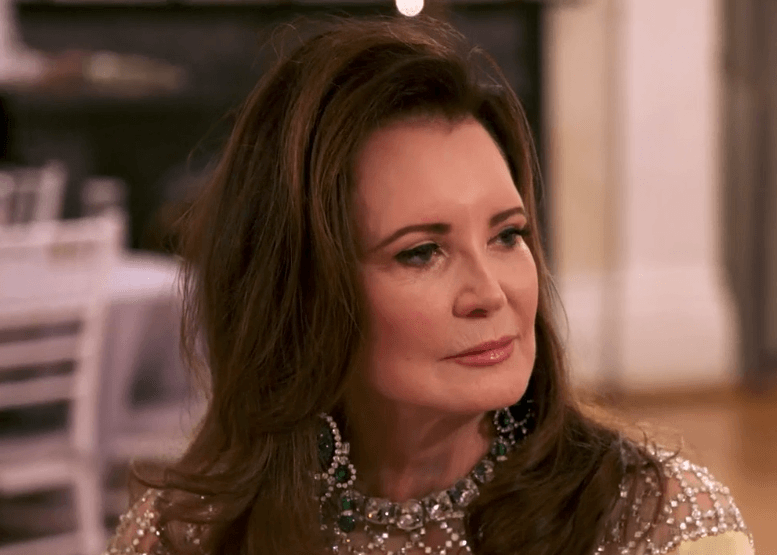 Craig and Thomas do a choreographed spin, before Craig test-runs his newfound humility on Naomie. Craig admits that he’s a loser, and Naomie agrees, ordering him to eff off. Craig is late, as usual, and Naomie’s spot-on bitch face just doesn’t care.

Ashley later corners Kathryn for a Southern Charm showdown, and things start out on a positive note, before Ashley’s nutter switch flips. She jolts into crazy, sarcastically blasting Kathryn for being a deflector and a lame mother. 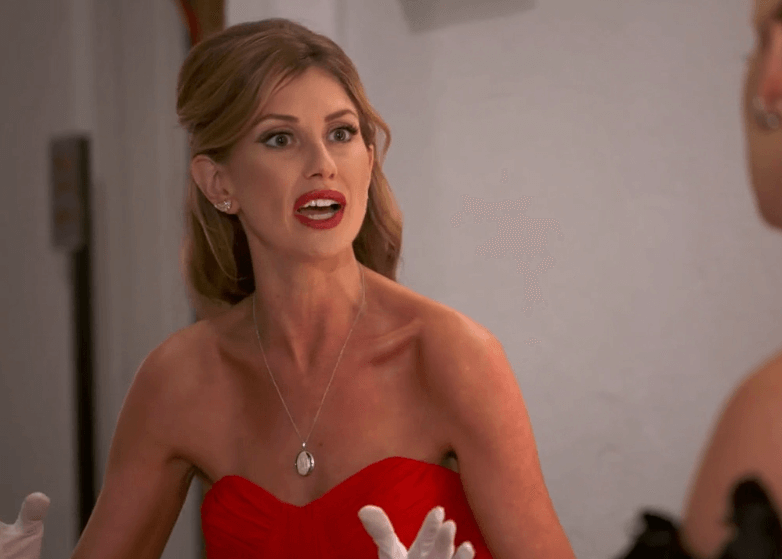 Kathryn responds by calmly informing her that Thomas can’t stand the sight of her. Ashley is rattled by the news of the covert convos, and fires back — in all directions. They argue over who Thomas hates the most, before Ashley threatens to spill Kathryn’s secrets. 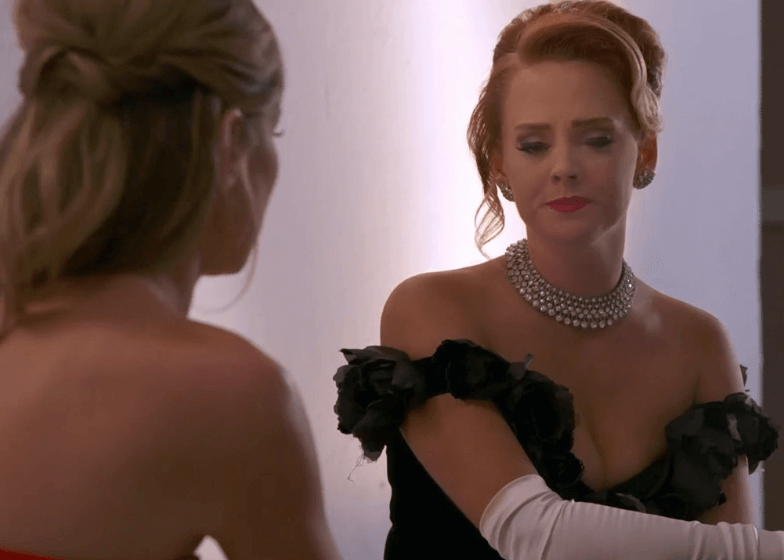 Ashley finally runs to tattle to Thomas, who later gets the real lowdown from Kathryn. Ashley nastily demeans Thomas, aggressively pushing him to defend her. Kathryn advises her ex to run for his life, before telling Ashley to eff off forever. 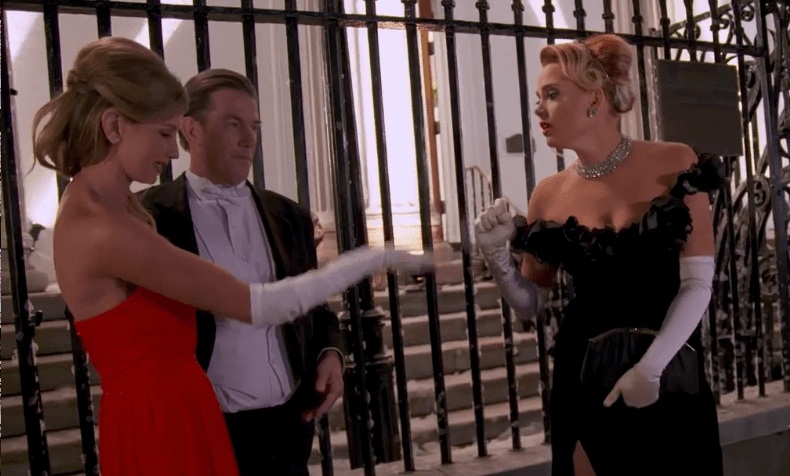 Ashley spits out a few parting shots, before Bravo wraps the Southern Charm season by highlighting Kathryn and Thomas happily cutting a rug in a recent Instagram post.