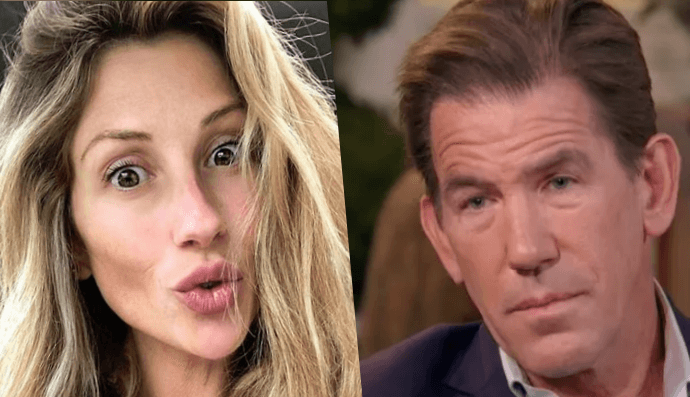 Southern Charm lovebirds, Thomas Ravenel and Ashley Jacobs, are heading for Splitsville according to a new report.

A source close to the action dished to Radar Online about the impending breakup.

“The romance between Ashley and Thomas is over,” an insider revealed.

The source also claims that Ashley’s decision to travel to NYC and take part in the reunion taping without Thomas was the final eye-opener.

“Thomas is ready to breakup with Ashley. The relationship has run its course,” says the insider.

Thomas openly shared doubts about his relationship with Ashley in his confessional spots on the show — but according to the snitch, watching the show back confirmed his concerns. The source adds that Thomas plans to make a clean break.

“Thomas is a gentleman, so he’s not going to humiliate her when they break up. But he is at his breaking point and ready to end things.”

Thomas and his ex, Kathryn Dennis, recently surprised fans when they united in a fresh effort to co-parent their two children peacefully. Thomas and Kathryn have both shared Instagram pics, revealing their mutual commitment to putting their children first.

Ashley and Kathryn have both posted snarky nods to their ongoing feud on social media, the dynamic likely complicating the doomed romance.

What do you think about Thomas’ decision to part ways with Ashley? Sound off in the comments and watch Southern Charm, Thursday nights, at 9:00 p.m. ET, on Bravo.