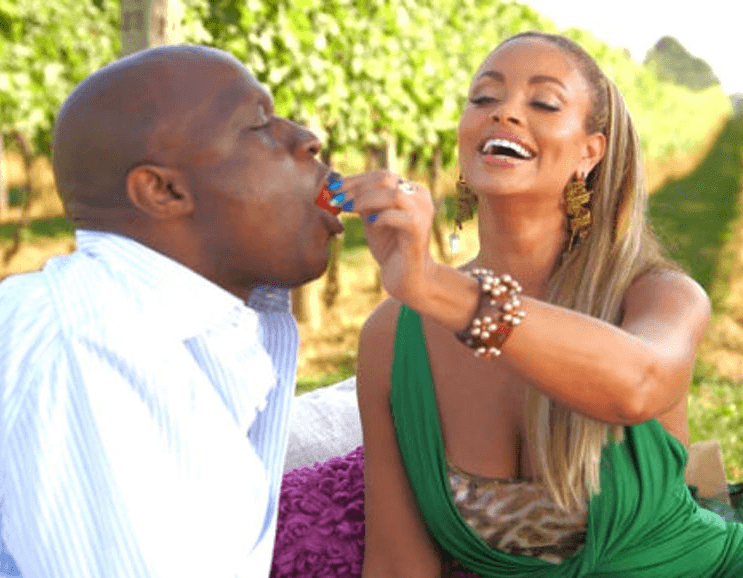 Gizelle Bryant is addressing the “park in the dark” incident involving a prostitute and her ex boo, retired NBA star, Sherman Douglas.

As fans know, during a recent episode of The Real Housewives of Potomac, Monique Samuels dropped a bomb while chatting with Ashley Darby — she revealed Gizelle’s former boyfriend was arrested for engaging in oral sex with a prostitute in the park.

“He was with a girl, she was performing a job, the police came and tapped on the window and he got arrested,”Monique told Ashley in a scene. “So that’s how his wife found out that he was cheating on her.”

Gizelle is finally opening up about the incident in her Bravo blog. In response to Ashley withholding the juicy gossip from her, Gizelle agrees with Ashley’s judgement.

“Ashley made the right decision about not telling me anything about Sherman but this was not new information for me.”

The mom of two claims that the news about Sherman’s arrest was not a surprise to her and brushes off the serious allegation as a joke.

“He told me about the night he got arrested on our 2nd date and we never discussed it again. I’m happy that he was honest but frankly it was none of my business and it happened maybe 15 years ago. It actually gave him some street cred, everybody already knows I like a man that’s spent at least one night in jail, HA! Circa Season 1.”

The 47-year-old also shared her thoughts on Sherman’s ex-wife, Kyndall Douglas, who made her debut into the circle this season and exposed Gizelle broke girl code by dating her ex husband behind her back. According to Kyndall, the two were acquaintances while she was married to Sherman.

“I would never CALL Sherman’s ex-wife because I DON’T HAVE HER PHONE NUMBER. She is an acquaintance, someone that you say hi to at a party and keep it moving. I have never asked her about her kids because until I started dating Sherman I didn’t know anything about them. Out of respect for Sherman, I have nothing else to say about her except that the THIRST IS REAL.”

Share your thoughts on Gizelle’s response on Sherman’s criminal arrest in the comments below!