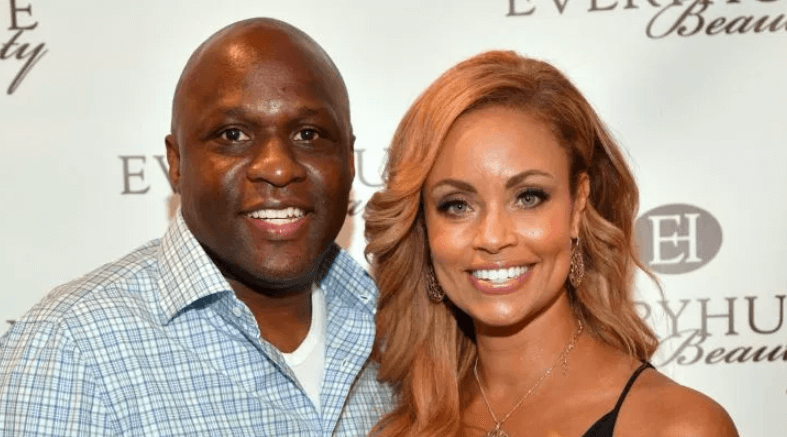 Gizelle Bryant dropped a bombshell on Sunday’s night’s episode of The Real Housewives of Potomac.

As fans know, her new boyfriend Sherman Douglas has been noticeably absent this season, as their relationship hit the skids over lack of communication according to Gizelle.

“Sherman and I have huge communication issues, OK? So we agreed we’re going to counseling, we’re gonna make things better, I love you so much, yada, yada, yada. So I call him when I was coming over here, and he said, ‘I need another perspective to see whether or not we should even be in this relationship,'” she said. “I am here to try to fight to make this relationship work, and for him to not even try to meet me halfway makes me feel like I’m not even worth fighting for.” Gizelle explained to Robyn and Juan why the couple decided to split.

However, a source close to the Potomac resident is revealing the real reason behind the break up and it explains why Sherman began avoiding Gizelle.

“He was over her,” a source reveals to AllAboutTheTea.com.

Fans saw the cracks in the relationship when Sherman was a no-show at various events. The RHOP star offered a variety of reasons for Sherman’s nonattendance and gave the impression that “he couldn’t handle a successful woman,” but according to the source, “that’s crazy!”

“They were always weird together, like two people with two totally different agendas,” a source reveals to AllAboutTheTea.com.

To amplify the drama, Gizelle comes face-to-face with Sherman’s ex-wife on an upcoming episode of The Real Housewives of Potomac.

“You tried to take a shot and you missed,” the EveryHue Beauty mogul apparently tells Kyndall, who was married to Sherman for 11 years before divorcing in 2012 (the former couple have two kids together). “If I take a shot, I don’t miss.”