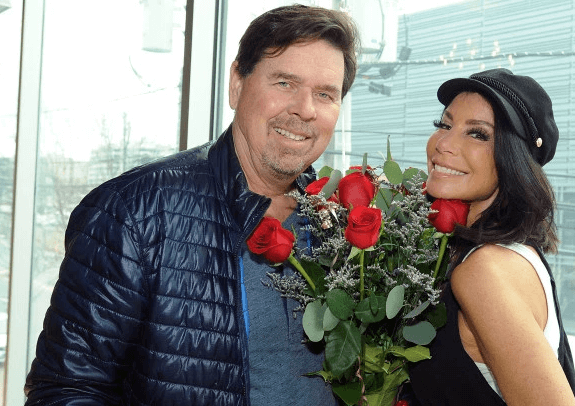 Danielle Staub is a married woman — but her new husband, Marty Caffrey, is keeping his options open.

The Real Housewives of New Jersey bride said “I do” on Saturday, at the Luna Beach Club in Bimini, Bahamas — but it looks like her groom has a different idea about what defines wedded bliss. It’s been discovered that Caffrey maintains an active profile on popular dating app, Bumble, the newest Bravo hubby caught canoodling as a single man.

Bravo cameras captured the ceremony for the 9th season of RHONJ, with family and friends attending the sunset beach ceremony. Danielle’s co-stars, Melissa Gorga and Margaret Josephs served as bridesmaids, and former enemy, Teresa Giudice, served as the matron of honor. The nuptials were filmed for the Bravo show.

The couple has been dating since April 2016, and Caffrey’s proposal was featured on a bonus episode of the Bravo reality series. The duo made jaws drop earlier in the season, when Danielle boasted of a restroom sex romp during the opening of the Gorga’s Italian eatery. Caffrey made occasional appearances on the show, as the romance progressed.

What do you think of Caffrey’s Bumble blunder? Will this marriage go the distance?