On part one of The Real Housewives of Atlanta season 10 reunion, host Andy Cohen sits down with Cynthia Bailey, Kandi Burruss, NeNe Leakes, Kenya Moore, Shereé Whitfield and Porsha Williams to take a look back at some of the biggest moments from season ten. Nothing is off limits as the ladies address everything from the infamous text heard around the world to where their loyalties truly lie.

We start off with Andy catching up with all the women’s lives over the season. Andy questions Kenya if there’s any word of a “Baby Twirl” and Kenya grins as she looks around, then stutters “yes.” NeNe chimes in, saying: “Are you serious? Don’t play with us Kenya,” but the star insisted the news was real. PAUSE for a logical second — when a pregnant woman is asked, “Are you pregnant,” her response will never be “Is that a question?” Especially when you’re long in the tooth and pregnant with your first child. Kenya did a poor job pulling off this pregnancy stunt because she’s NOT pregnant. Kenya says she doesn’t want to give too many details and get past a “safe place,” but “there will be a baby,” she never says she’s pregnant. This better not end like a tragic Lifetime movie.

This is the most awkward pregnancy announcement I've ever heard…something ain't clean in the buttermilk #RHOAReunion #RHOA #RHOA10 #rhoatl pic.twitter.com/KNSDZMVTV2

Andy quickly slides into his shady boots and takes a swipe at the woman with no fashions, Ms. Sheree Whitfield! He asks when will she be releasing her “She by Sheree” line — “Joggers. Lifestyle. Probably more September,” Sheree stumbles out.

Next, Andy rehashes Kandi’s busy career and the drama that followed her successful year. First, they address Todd shading Porsha at her Essence cover party. Porsha was annoyed that Kandi said that she wanted to show her cover to her haters. Kandi becomes emotional and that annoying high-pitched voice of hers begins to crack as she explains that Porsha could have ruined everything she worked for. But Porsha is done apologizing and ready to move forward. “I ALREADY APOLOGIZED!” It’s “I did something bad. It hurt you and was wrong. I apologize for my actions.” Porsha tells Kandi.

Marlo joins the reunion couch and Andy questions the status of her friendship with Kenya. Before Marlo gets out three words, Kenya goes on the attack — calling Marlo out her name —throwing out “whore” allegations. Kenya claims Marlo dated NeNe’s ex John. John is the man NeNe dated for a short time during a brief break up from Gregg. According to Kenya, Marlo tried to blackmail NeNe with dirty text messages on John’s phone, which Marlo allegedly acquired after getting John drunk and going through his phone. But Marlo denies the events and is unmoved by Kenya’s accusations. She owns up to John paying her Neiman Marcus bill and that’s it.

Kenya’s turn in the hot seat. Andy wants to know why did Marc marry a reality diva but refuses to appear on a reality show. Andy wants answers — he says she’s been open all these seasons then all of a sudden shut everyone out and berated production on camera in a meltdown. Kenya claims she’s tired of putting it all out there and wanting to preserve her relationship. She demands a level of privacy for her marriage that she never gave anyone else. Andy then catches Kenya in a lie when he asked why doesn’t Marc like the show, Kenya responds that he doesn’t watch the show, but Andy reminds the reality diva that Marc told his colleagues that he doesn’t think the show is a good representation of Black woman. For the first time ever, Kenya is silent — she has no response.

#RHOAReunion
Kenya: Marc has never said that. The blogs made that up.

Andy: He said it to my colleagues.

Porsha is next asked why she shaded Sheree’s trustworthiness to Shamea. Porsha rambles on about plates and other nonsense before Sheree points out that Porsha’s dodgy chatter points to her own defense, not remorse.

Finally, we are forced to endure Sheree justify why she’s the the proud cast “Bone collector.” NeNe tells Sheree that her role as “bone collector” makes her look terrible but Sheree loves her job and is unbothered. All the women grill Sheree about not bringing Kim’s bones to the group. Her Bone Collecting is unbalanced Shereé claims that Kim is the only one who’s ever loyal to her and the idea of Kim having a moral center or loyalty is pretty damn good. NeNe wants some more answers about Shereé and Kim. Luckily, we’ll only have to wait a week for Kim to give us those answers. 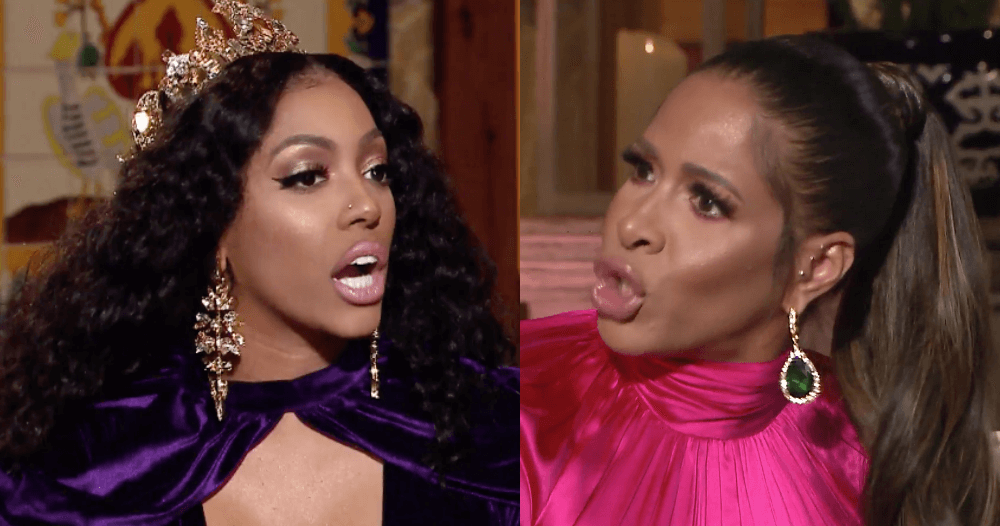 Next week Kim joins the reunion stage and gets into a heated exchange with her co-star, NeNe Leakes.