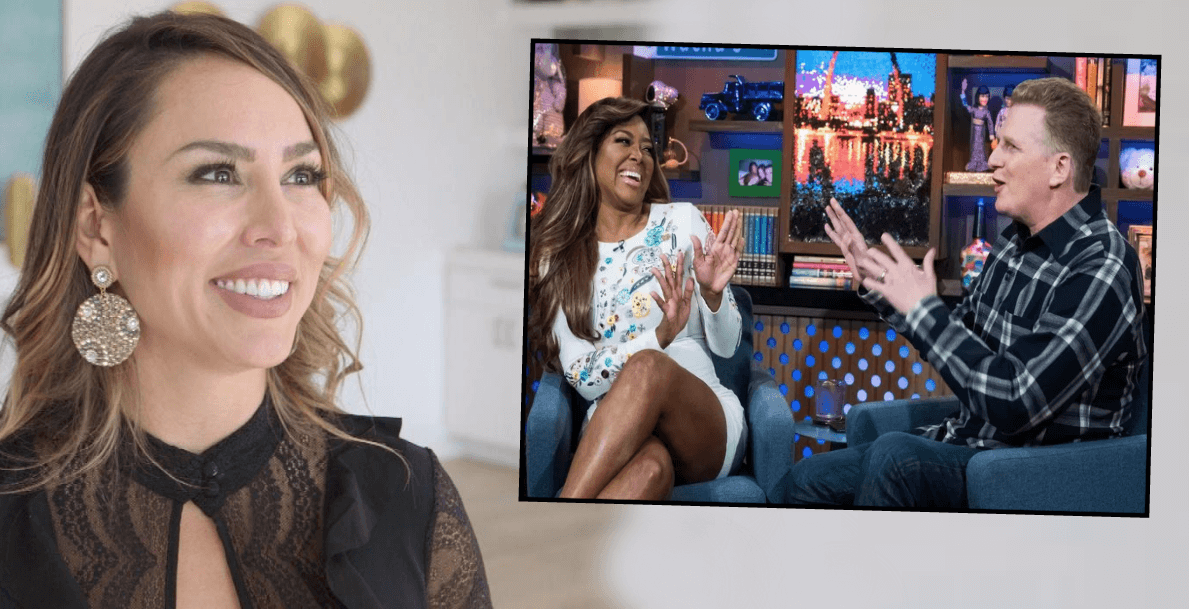 Real Housewives of Atlanta star, Kenya Moore, faced off against Michael Rapaport on Sunday night’s episode of Watch What Happens Live — and it didn’t take long for the pair to begin swapping jabs.

Kenya referred to Rapaport as a “middle-aged, fat, white guy” during the late night gab-fest — after Rapaport informed her that she was considered a villain on the Atlanta-based reality show.

While the reality diva kicked off the smackdown, Rapaport ended it when he harshly pointed the spotlight on Kenya’s “ashy” feet.

Real Housewives of Orange County star, Kelly Dodd, threw her support behind Rapaport, commenting on his Instagram mention, posted by the actor/comedian.

WWHL was popping! After the show was the after show @bravowwhl @thekenyamoore it really was a pleasure! ??

Kelly made the the following comments on the above post.

“Omg! Hilarious!” Kelly wrote. “We need to get on there together! Lmfao tell her you’re a writer, something she knows nothing about!”

“Well I do know that she hasn’t written over 50 films and Michael has!”

Kelly has had her own fair share of smackdowns with her Bravo co-stars — tussling with Tamra Judge, Heather DuBrow, Meghan King Edmonds, and Shannon Beador at one time or another. Kelly toned it down on her sophomore season — presumably to play nice, and get along with the cast.

Which Kelly do you think will show up on the upcoming season of The Real Housewives of Orange County? Let us know what you think!